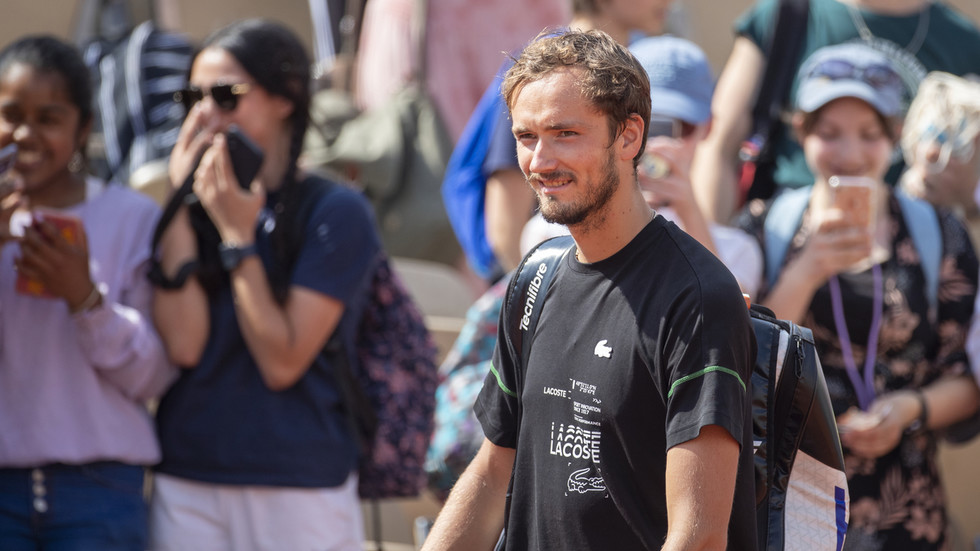 World tennis number two Daniil Medvedev has confirmed he is not planning to sue Wimbledon for its ban on Russian players this summer.

The All England Lawn Tennis Club (AELTC) announced its controversial ruling last month, which has been criticized as discriminatory and unfair by the likes of Novak Djokovic and Rafael Nadal, in addition to ATP men’s tour chiefs.

Ahead of making his comeback to the elite at the French Open after undergoing surgery to treat a small hernia, Medvedev revealed he harbors no ambitions of taking Wimbledon to a different type of court, the legal one, to protest the ban.

“If I can’t play, I’m not going to go to court for this one,” said the 26-year-old, who on Tuesday lost to Richard Gasquet at the Geneva Open in his first match since March.

“I don’t know what [the] ATP is going to do, I’m waiting for their decision. But yeah, me personally, I won’t go to court,” he reiterated.

“There are a lot of mistakes behind this,” Medvedev offered.


The ATP later announced on Friday that it will strip the SW19 summer showpiece of ranking points.

“I love Wimbledon as a tournament,” Medvedev insisted.

“I honestly tend to think I like playing on grass, though I didn’t have amazing results so far, but I managed to win one tournament.

Ahead of defending his maiden Grand Slam crown at the US Open in the autumn, Medvedev plans to stay busy on grass by playing other tournaments in the format in Halle, s-Hertogenbosch, and Mallorca where he also the defending champion.

Before that, however, Medvedev has to try and put together a good run at Roland-Garros, where he has previously only gone as far as the quarterfinals in 2021 following four successive first-round exits, and has elsewhere said he wants to be “dangerous” in France.


READ MORE:
Medvedev hoping to be ‘dangerous’ in Paris

Helping him in this will be the fact that the Moscow native has avoided being put in the bottom half of the draw where he could meet Djokovic, ‘King of Clay’ Nadal, who is the record 13-time winner at the French Open, and teenage sensation Carlos Alcaraz, who is being tipped as his compatriot Nadal’s heir.

“If he manages to reproduce the same tennis, he’s going to be one of the favorites for sure. It’s good to have them on the other side of the draw.”

“I love the French Open,” Medvedev stressed. “Last year, even though we didn’t have much of a crowd we had some atmosphere and I loved it.”

The French Open gets underway on May 22, with Medvedev scheduled to face world number 98 Facundo Bagnis from Argentina.