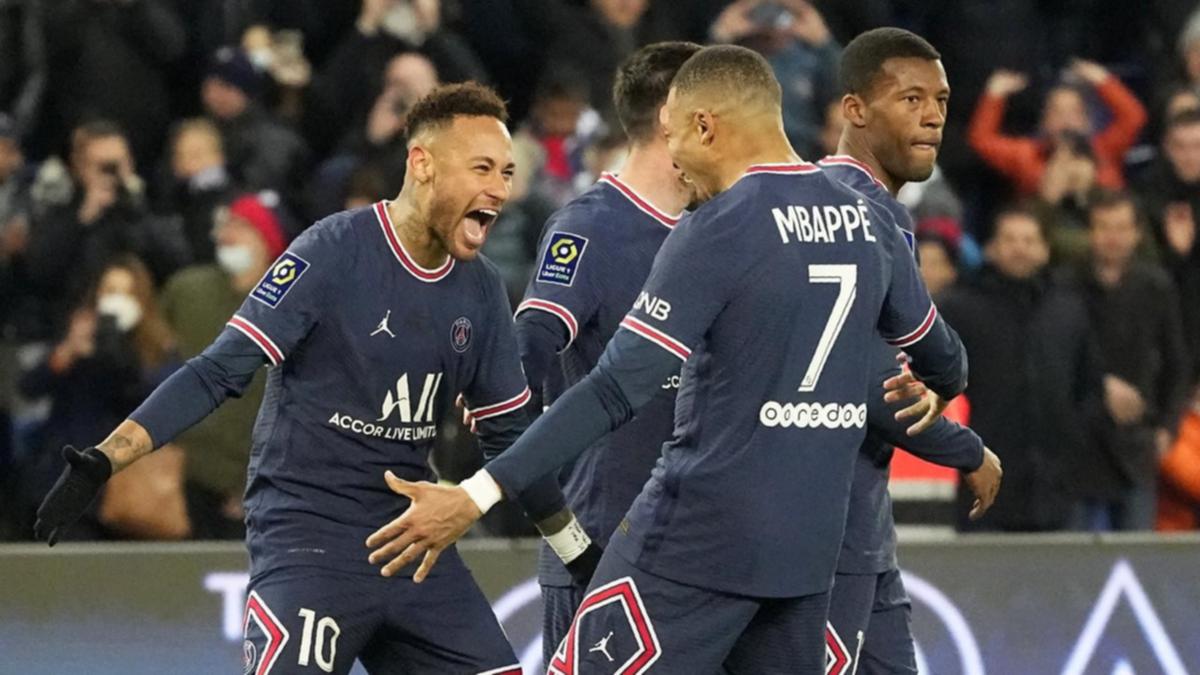 Kylian Mbappe and Neymar have both scored hat-tricks as leaders Paris Saint-Germain moved closer to a record-tying 10th Ligue 1 title by thrashing Clermont 6-1.

PSG extended their lead to 15 points with seven rounds remaining after this weekend.

Lionel Messi picked out Neymar, who rifled into the far corner in the sixth minute for the opener.

The Argentina star then chested down a cross from Neymar in the 19th to provide a volleyed pass for Mbappe, who beat goalkeeper Arthur Desmas.

PSG coach Mauricio Pochettino showed signs of irritation on the touchline as his visiting team became complacent after the second goal.

Clermont scored in the 42nd when Benin winger Jodel Dossou tapped in a cross from Saif-Eddine Khaoui.

Neymar gave PSG a 3-1 lead by converting a penalty in the 71st after Clermont fullback Akim Zedadka brought down Mbappe.

Three minutes later, Neymar hit a ball over the top for Mbappe, who rounded Desmas to score into an empty net.

Mbappe got his hat=trick by curling into the far corner in the 80th to raise his tally to a league-leading 20 goals.

The France striker generously set up Neymar for a tap-in for his hat trick in the 83rd.

Messi, Neymar and Mbappe are combining more effectively on the field, with a greater understanding between the players.

“It’s a pity that it’s only coming now,” Mbappe told Canal Plus television.

“There have been a few events that have delayed us.”

PSG snapped a four-game losing streak on the road in all competitions while Clermont had a fifth straight loss to remain 17th, one point above the relegation zone.

Rennes are level on points with Marseille, who host Montpellier on Sunday.