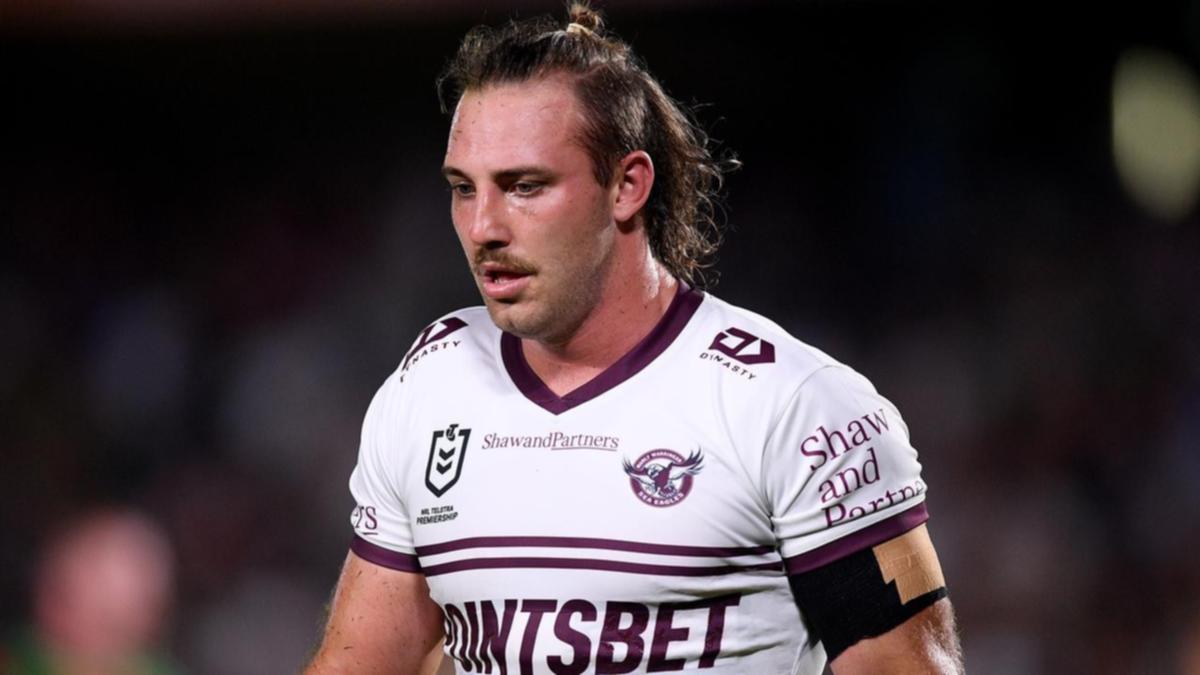 Manly second-rower Karl Lawton has become just the second player to be sent off for a dangerous throw in the NRL era after being marched early against South Sydney.

Lawton was sent straight from the field in the ninth minute at Central Coast Stadium, in strife after a lifting tackle on South Sydney captain Cameron Murray.

In a heavy hit under the posts, Lawton got Murray around his waist as momentum flipped him over head-first towards the ground.

There was no hand between the legs to lift, sparking shock at the sending off from the likes of Phil Gould in commentary.

“You have one man running real hard at the other man, he gets down low

“To be sent off for that, when there is absolutely no injury to the other player, that’s extraordinary.

Canberra star Nick Cotric is the only other player to be marched for a dangerous throw, against St George Illawarra in 2019.

Lawton is also only the second Manly player to be sent for any offence in the past 10 years, with Addin Fonua-Blake the other after the siren for dissent in 2020.