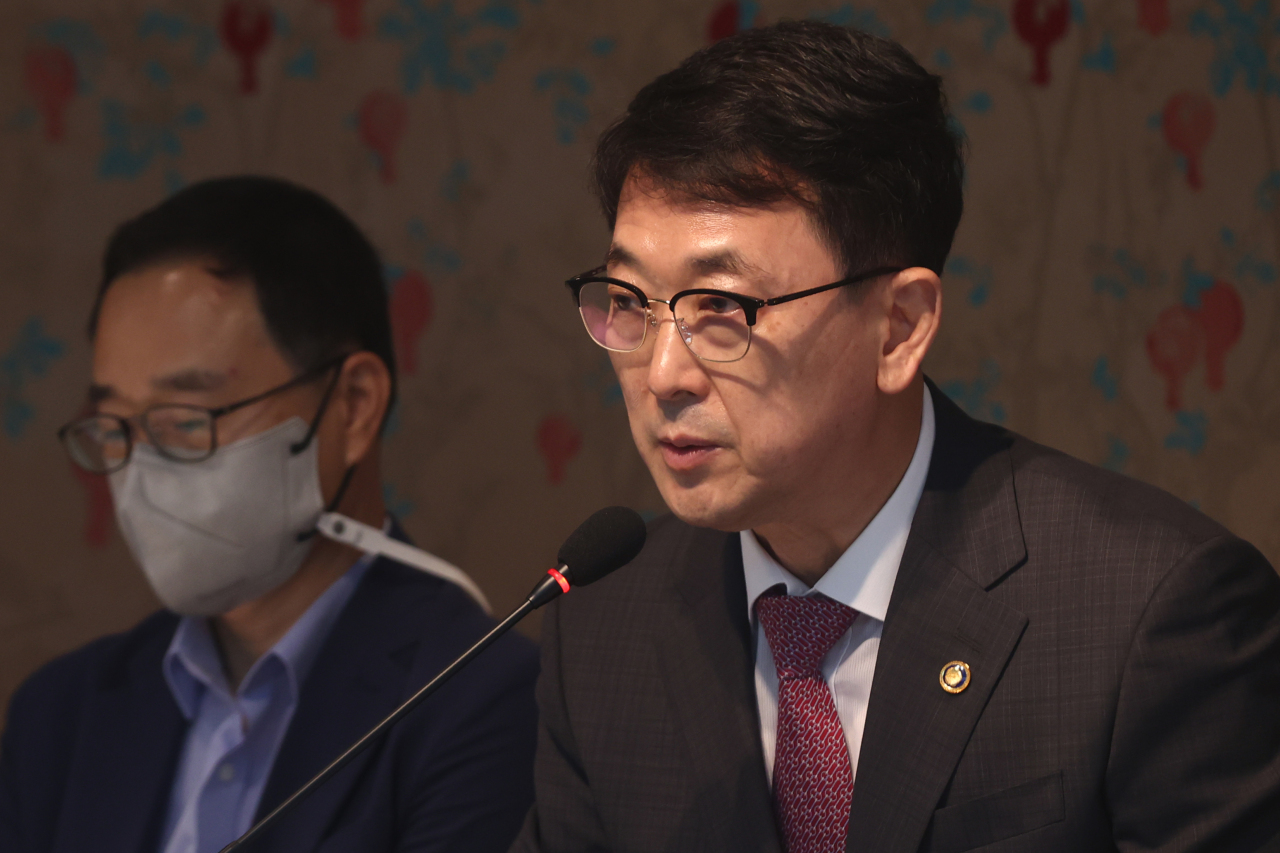 Two months after the Cultural Heritage Administration was delegated operational management of Cheong Wa Dae, tentatively until the end of this year, the CHA remained hesitant to speak up on issues regarding Cheong Wa Dae’s future use.

At a press conference announcing the vision and upcoming plans of the CHA held Wednesday in central Seoul, the overlying theme of the statement was on upgrading systems and data-based support for preservation and use of cultural heritage in general.

The eight-page press release that accompanies the conference contained a single, small bullet point on the issue of Cheong Wa Dae: “Preservation and restoration of cultural heritage in Cheong Wa Dae grounds open to the public (In cooperation with relevant agencies such as the Ministry of Culture, Sports and Tourism).”

The press conference which had initially been scheduled for July 21, was abruptly postponed for a week, because the Culture Ministry’s presidential briefings were being made the same day. Reporters widely expected that the decision was made because the CHA wanted to gauge the ministry’s position.

During the briefings, Culture Minister Park Bo-gyoon directly spoke to President Yoon Suk-yeol, mapping out on the ministry’s initiative for Cheong Wa Dae to be converted into a cultural complex. The plan was officially brought up on July 4, by the minister at a press conference.

On Monday, the CHA branch of the National Public Officials’ Labor Union issued a statement opposing the ministry’s proposal, insisting that a mere “short-term project decided by several officials” was insufficient to decide on the significance of a site with a thousand-year history that should be passed down to generations.

On the same day, the Cultural Heritage Committee, an organization that deliberates cultural heritage listings and their values, recently held an emergency meeting to investigate and make necessary decisions on protecting cultural heritage in the Cheong Wa Dae compound, regardless of the ministry’s proposal.

“I also spoke to the labor union leader on various issues (of Cheong Wa Dae), but I want to say the labor union’s statement does not represent the CHA at all. What I have also heard from many CHA staffs was that they want to quit, due to excessive workload given while operating Cheong Wa Dae,” the CHA’s head said.

Meanwhile, the CHA has been conducting a number of academic forums on the Cheong Wa Dae ground’s historical values, including the recent bid on study of Gyeongbokgung‘s rear garden, expected to be carried out over a four-month period. But an official at the CHA recently told The Korea Herald that they were silently being pressured to keep the research operations low-key, due to the expectations of a clash with the Culture Ministry’s plans.

On Monday, an independent Cheong Wa Dae management-utilization advisory team was formed by the presidential office. The team consists of 15 members, mainly professors, and is led by Lee Bae-yong, former president of Ewha Womans University and chairperson of the Korean Seowon Conservancy, who contributed to the UNESCO enlistment of Korean Confucian academies.

When The Korea Herald asked whether any of the members at the presidential office’s Cheong Wa Dae team are experts related to the CHA in any way, Chae refused to give an answer, adding that the three separate Cheong Wa Dae teams have never met together in person.

By the end of the conference, when asked the CHA’s blueprints on the cultural heritage preservation efforts of the compound, the CHA head commented that he would rather opt out of the issue now if he could. “We realized it is a tough work to be operating Cheong Wa Dae. Whoever takes in charge is going to be in a losing game. To be honest, I wish all the energy put (into Cheong Wa Dae) could be used elsewhere.”

An official later apologized to few reporters on behalf of the CHA head, that it was probably a slip of his tongue, claiming that the CHA staff working tirelessly for the compound would also be outraged to hear his remarks.