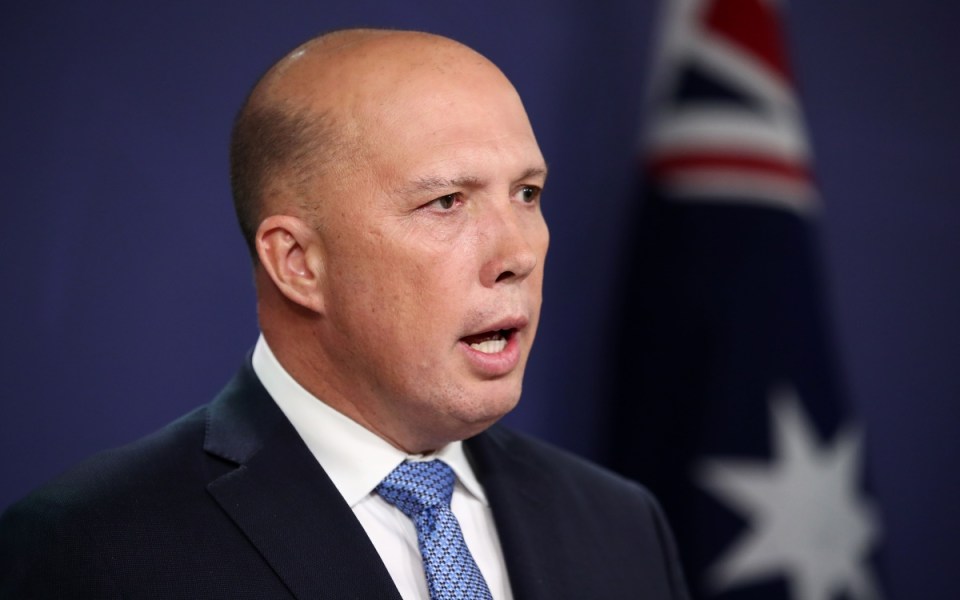 Opposition Leader Peter Dutton has doubled down on his attacks on the Albanese government after he was accused of jeopardising the nation’s key alliances.

Defence Minister Richard Marles slammed Mr Dutton over his comments on Thursday when he questioned Labor’s commitment to the AUKUS security pact, which includes Australia’s deal to acquire nuclear submarines.

In an opinion piece published by The Australian, Mr Dutton also revealed defence was investigating buying two Virginia-class nuclear-­powered submarines from the US by 2030 ahead of the May 21 federal election.

“This outburst today, from someone so recently in the chair, is damaging to Australia’s national interest,” he said on Thursday.

“The comments are loose and undermine the AUKUS agreement.”

But Mr Dutton on Friday repeated his comments and attacked Mr Marles.

“Richard Marles’ opening comments as Defence Minister said loud and clear that Labor is thinking about ditching the nuclear submarine plan and it would be a disaster for our country,” he told Nine on Friday.

Labor minister Tony Burke dismissed Mr Dutton, saying the Labor government had signed up and was committed to the deal.

“The Prime Minister was straight across to the Quad meeting (in Japan after the election) and the relationship with our key ally in the United States was affirmed immediately,” he said.