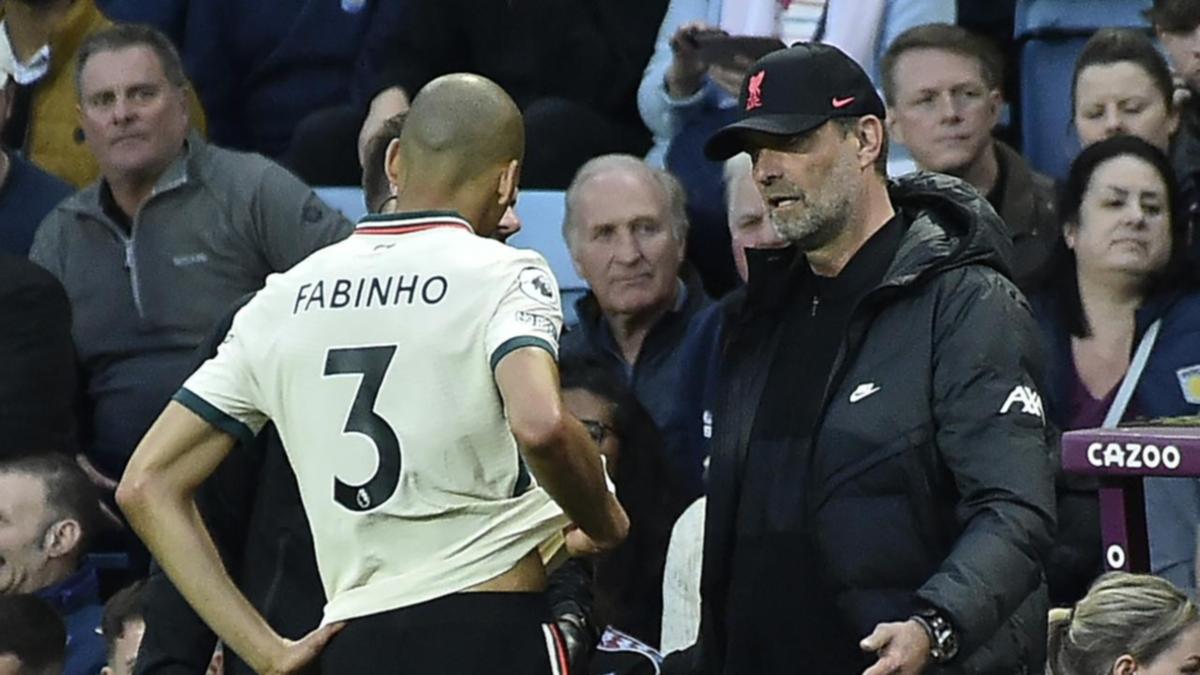 Fabinho has been ruled out of the FA Cup final but Liverpool manager Jurgen Klopp hopes the midfielder will return before the end of the season.

The Brazil international was forced off during the first half of Liverpool’s 2-1 win over Aston Villa on Tuesday.

It was subsequently confirmed that the 28-year-old had sustained a muscle problem and Klopp has confirmed he will not feature against Chelsea at Wembley on Saturday.

However, Klopp is confident that Fabinho will make his comeback in time to play against Real Madrid in the Champions League final on May 28.

“There’s a good chance that he will be available for the Champions League final,” Klopp told Liverpool’s official website. “Not for the weekend.”

Liverpool trail Manchester City by three points and an inferior goal difference in the Premier League, with two games remaining.

They face Southampton next week and host Wolves in the final fixture of the campaign.