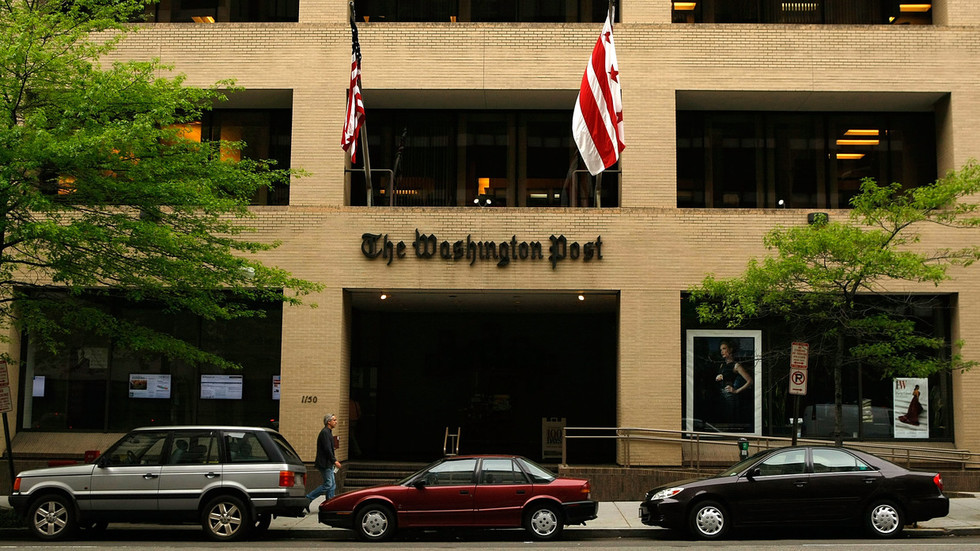 Washington Post’s hypocritical doxing of Libs of TikTok is, sadly, what conservatives have come to expect from liberal media

“Democracy dies in darkness.” The Washington Post’s creed, proudly displayed on its masthead, was intended to refer to the necessity of honest, ethical journalists in the post-truth age – ostensibly in response to the “fake news” so prevalent during the Trump era.

Recently, though, the publication’s journalists opted to go after a person whose mission is ostensibly to expose the erosion of morality in America’s public schools – and they chose to do so in a way that disregards that person’s safety and opens her up to potential harassment and real-world danger.

Taylor Lorenz, a former New York Times tech and internet culture journalist best known for falsely accusing tech entrepreneur Marc Andreessen of using a slur in conversation, for stalking the 15-year-old daughter of former Trump White House official Kellyanne Conway, and for crying about online harassment, took it upon herself to dox the individual behind the popular conservative Libs of TikTok account on Twitter.

Libs of TikTok is a Twitter account that rose to prominence by curating a feed of educators on TikTok –kindergarten and public-school teachers, college professors, – who promote transgenderism to minors and Critical Race Theory in schools. The account has also amplified the voices of otherwise voiceless parents concerned about the wellbeing of their children, who they feel are victimized by leftist ideology.


Accruing more than 755,000 followers on Twitter, her work consists almost entirely of publicly available content posted on social media by the very “libs” now attempting to hide from a broader audience. Now, the account’s owner has been subject to death threats.

It goes without saying that Libs of TikTok, effective in its simplicity, has become crucial in the pushback against woke ideological capture. Conservative politicians, publications, and popular commentators like Joe Rogan, Tim Pool, and Tucker Carlson have cited some of Libs’ curated finds.

Provided time and patience, almost anyone could do what she does – but she was the only one to step up to the plate. And for that, the Washington Post decided to take her down. The anonymous Twitter account’s real-world identity had, in their estimation, become a matter of public interest.

As a young woman on the front lines of the culture war, her work isn’t without risk. Libs of TikTok has received no small amount of harassment for her critical work – but one wouldn’t expect one of America’s most credentialed newspapers to be the ones to do it.

The woke left would rather deafen their audience to what they’re actually saying, crouching their demands as pleas for tolerance for the indefensible. And as for anyone who dares to say, “Look, they’re grooming kids,” the sentence is social death. Libs of TikTok isn’t going to get a job outside of conservative media.


In some alternate, saner universe, the Post would’ve offered Libs of TikTok the desk Lorenz fills in this one.

The right to remain anonymous on social media should be respected, especially by journalists like Lorenz who’ve gone on record to complain about the dangers of having their privacy eroded. Just weeks before publishing the exposé on Libs, the Washington Post journalist went on national television to cry about her experience as a journalist online–breaking down in tears over the comments she’s received from innumerable critics, some of whom shared details of her personal life.

“I have severe PTSD from this,” said Lorenz. “I contemplated suicide and got really bad. You feel like any little piece of information that gets out on you will be used by the worst people on the Internet to destroy your life and it’s so isolating.”

If Lorenz is telling the truth, then she knows firsthand the consequences of being targeted by the Internet – and that she willingly put another woman in the same predicament.

As she was digging up details about Libs of TikTok, Lorenz contacted accounts she believed may be involved with Libs of TikTok, warning them they were “implicated as starting a hate campaign against LGBTQ people.” Lorenz also tried to involve Florida Gov. Ron DeSantis’ press secretary Christina Pushaw. Pushaw says Lorenz gave her a deadline of a single hour to provide a response about her “relationship” with the account.


In the published article, the Washington Post linked the personal details of Libs of TikTok, including her full name, personal address, and employer information – only to remove it afterward without a single notice of retraction. Hours later, the publication released a statement claiming that it “did not publish or link to any details about her personal life” – easily contradicted with a look at a cached first version of the article on the Wayback Machine or Archive.is.

Journalistic malpractice? You bet. It isn’t the first time a conservative has been on the receiving end of a witch hunt. It certainly won’t be the last.

It is a sad reflection of the state of the mainstream media when so many journalists refuse to call out the journalistic malpractice of a major news publication – and worse still, even amplify the work as a good example of ethical journalism. At this rate, democracy will die in darkness, and there will be no one left to press “F” to pay respects.

The statements, views and opinions expressed in this column are solely those of the author and do not necessarily represent those of RT.