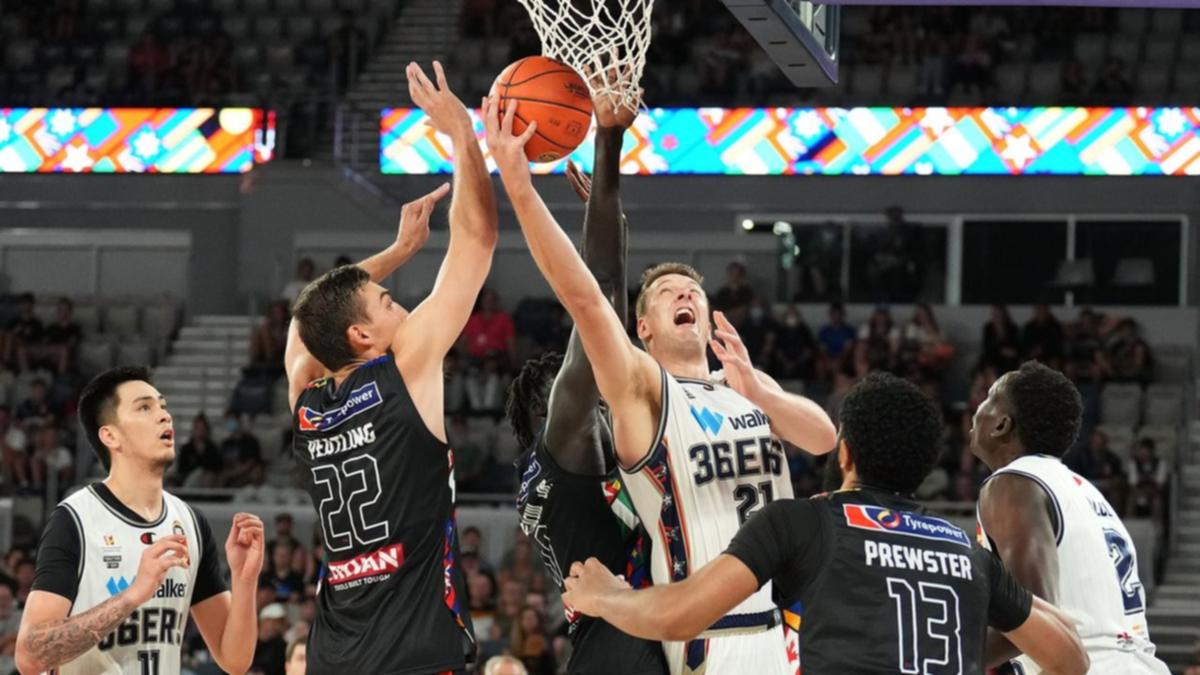 NBL ladder leaders Melbourne United have recovered from a nightmarish start and underlined their depth with a 101-74 NBL thumping of the struggling Adelaide 36ers.

United coach Dean Vickerman called a timeout less than two minutes into Sunday’s game after Adelaide shot to a 7-0 lead, with Melbourne missing their first three field goal attempts, all from three-point range.

Already missing Caleb Agada through COVID, United’s star guards Matthew Dellavedova (ankle sprain) and Chris Goulding (hamstring tightness) were both benched for some time after the first two minutes, but came back to play their parts.

United trailed by two at quarter time, but outscored the visitors 83-54 over the rest of the game.

“Probably not the first two minutes that I wanted, we got stuck behind the three-point line shooting threes and they executed their stuff pretty well” Vickerman said.

“Then I’ve got CJ and Delly both looking at me that wanted a sub and had injuries.

“What we were hoping for from this game was, with Caleb out, to challenge our depth at that position.

“I thought Dion was fantastic.

“Part of that with Caleb being out was we wanted more from Newley today and I thought through the periods of the game we were down or really close, he did a great job of putting his feet in the paint and was really good shooting the three ball.”

Vickerman said Agoda completed his COVID protocols in midweek and expected him to be available for next weekend’s match against Illawarra.

Centre Daniel Johnson, who went scoreless in the first quarter and took just one field goal attempt in that period, headed Adelaide’s scoring with 18.

Their only other double-digit scorers were Kai Sotto with 12 and Tad Dufelmeier 11.

Back from COVID, Todd Withers didn’t score or have a field goal attempt in almost 10 minutes and fellow import Dusty Hannahs scored just four points on one of seven from the field.

“I thought the first half all up was pretty solid but some things got away from us. I thought if we cleaned that up we will be better,” Adelaide coach CJ Bruton said.

“The second half…..we got a little sloppy and a little rushed and we looked little panicky and they took us out of our stuff.

“They played physical and got into us a little bit more as the game went on.”