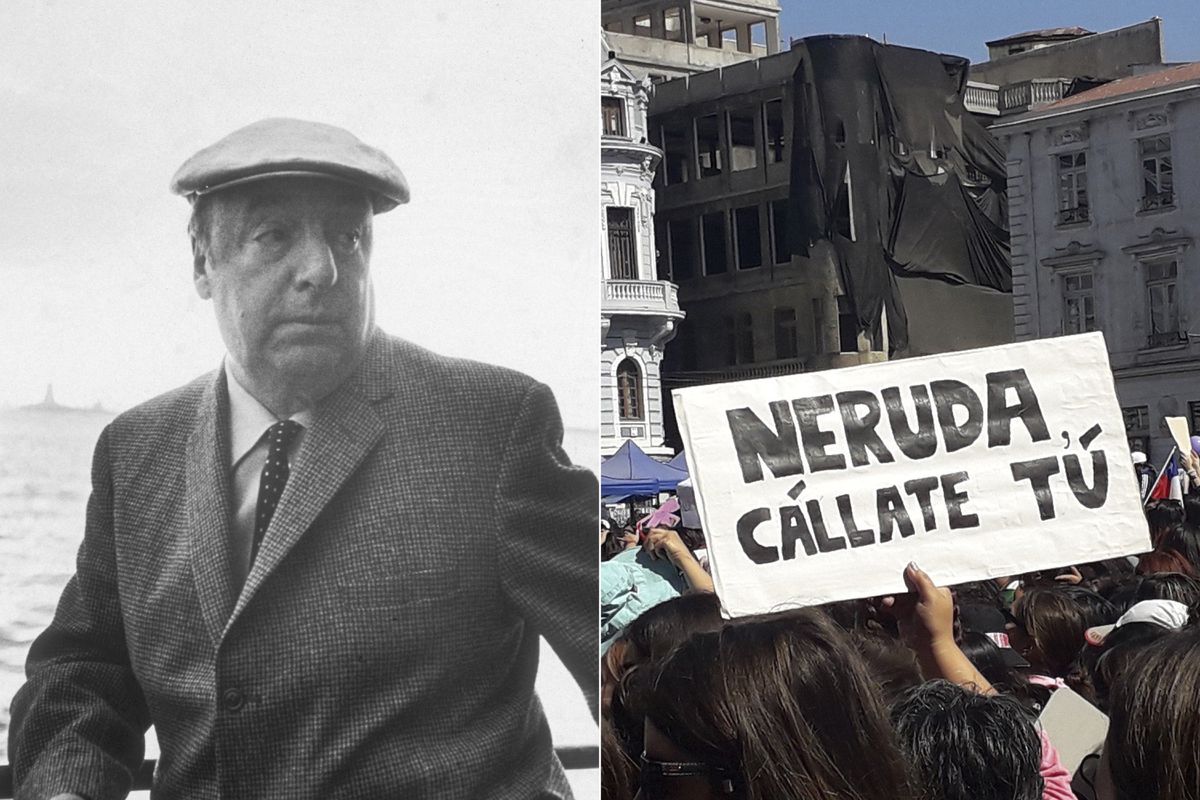 The Pablo Neruda Foundation, which is in charge of preserving the legacy of the Chilean poet and managing his three homes-turned-museums, has gone without funds since the closure of its centers during the coronavirus pandemic.

Fernando Saez, the entity’s executive director, says that if the foundation doesn’t secure new funding in the next “four or five months,” it could be forced to close the famous homes of the Nobel Prize winner for Literature, although he trusts that the government of Gabriel Boric will help avoid this outcome. Saez maintains that the search for economic support comes after “three very strong campaigns against Neruda,” unleashed in the last several years by the rape that the author confessed in his posthumous memoirs, by the way he turned his back on his daughter Malva Marina, who was born with hydrocephalus, and by a feminist reassessment of poems such as the one that begins “I like it when you’re quiet because it’s as if you’re absent.”

The feminist lens has cast a shadow over the towering figure of Neruda, at least for some sectors in Chile. In his book The Complete Memoirs, published a year after his death in 1973, the poet describes the rape of a woman, “a Tamil of the pariah caste” which he committed when he was the consul of Chile, between 1929 and 1930, in Ceylon (modern-day Sri Lanka). “It was the coming together of a man and a statue. She kept her eyes wide open all the while, completely unresponsive. She was right to despise me,” he recounted in the book, whose new reading began to generate controversy a decade ago.

His own revelation is the only proof of what happened at the close of the 1920s. Four years ago, women’s organizations and lawmakers of different political stripes opposed the House of Representatives’ initiative to change the name of Santiago’s airport in honor of the poet, due to this confession.

“Everything has been taken out of context and viewed as if it had taken place today,” noted Saez this Wednesday at a meeting with foreign correspondents in the Estravagario cultural center, which is adjacent to the gardens of La Chascona museum-house in Santiago (the other two are in Valparaíso and Isla Negra, some 75 miles from the capital.) “I believe that it was a very painful confession for him, to remember this event that left such a mark on him. To claim that he had problems with women, I find that a brutal exaggeration,” said the executive director of the foundation. In January of this year, the Chilean novelist Isabel Allende called on people to not sabotage the poet’s work. “Neruda confesses that he raped a woman and Chilean feminists want to eliminate him. One thing is the flawed man – and we’re all flawed – and another is his work,” signaled the writer.

To observe the 50th anniversary of Neruda’s Nobel Prize in 1971, the online cultural repository Tantaku, of the University of Chile, published a text last October about the work and legacy of the poet in which the academic Soledad Falabella posited that “the totalizing paternalistic figures of yesteryear are no longer held in the same regard by a contemporary Chile that’s being refounded through a constituent process with a democratically elected Convention with equal representation by men and women and seats reserved for indigenous peoples.”

This is the context in which the Neruda Foundation, gravely affected by the closure of its three museum-houses during the pandemic, is trying to raise money. Before the health crisis, the entity had an annual income of $2.95 million (95% from the sale of tickets and souvenirs and 5% from copyright). Now it needs to find $1.2 million to be able “to breathe” this year. Saez maintains that things went badly for the foundation under the government of Sebastián Piñera and with the “more than 40 doors” that he’s knocked on in the business world. Hopes are now hanging on the Boric administration. The foundation has already had conversations with the deputy secretary for Heritage and officials are waiting to meet with the minister of culture, Julieta Brodsky.

The non-profit foundation once received up to 350,000 people a year. The bulk of the visitors were foreign tourists and students. Since the houses reopened last September with the relevant health restrictions, visitor figures have been around 15% of pre-pandemic days. The free poetry, theater, and film workshops, which have defined the community work of the museum-houses for decades, are gradually coming back. The cultural activity of the foundation also includes the publication of magazines and books to disseminate Neruda’s work.

Before the pandemic, the foundation had already begun work on a project for a museum in honor of the poet, which will finally come into being as the Espacio Neruda, in front of La Chascona house, in the Bellavista neighborhood of the Chilean capital. The foundation wants to use this area of 1,000 square meters to develop a “technological and interactive” center to bring its visitors closer to aspects of the poet which the museum-houses don’t fully address: his passion for geography, objects, people. The idea is to make a kind of digital exhibition that could go on tour around Chile and the world, explains the foundation.

To execute the project, the organization needs between $1.6 million and $2.1 million annually. Part of the steady financing that they hope to get from the government would go towards preparing the space. Saez’s objective is to get these funds as soon as possible to be able to, within a year, commemorate inside the new Espacio Neruda the 50th anniversary of the poet’s death and the 100th anniversary of his famous book 20 Love Poems and a Song of Despair.