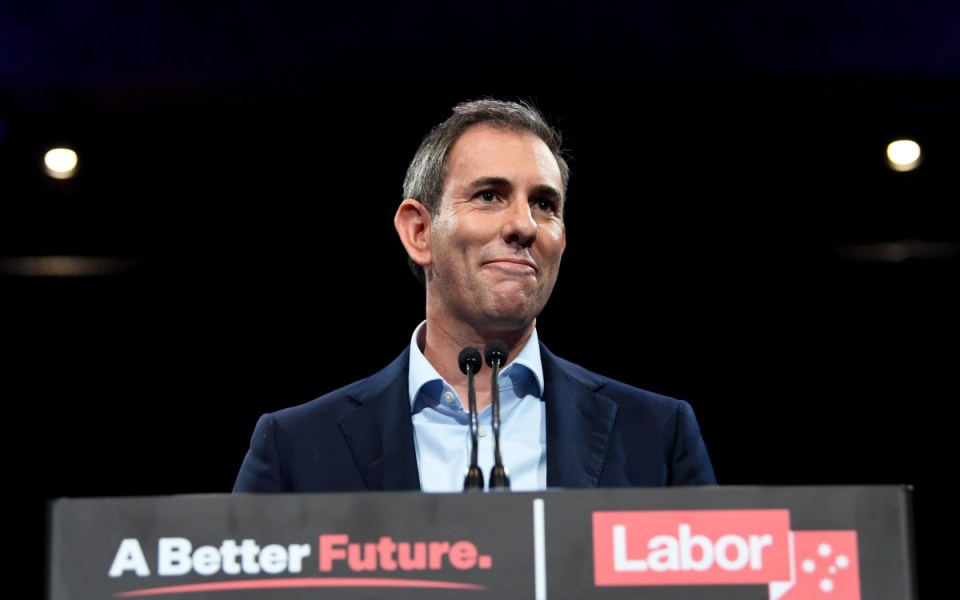 Federal Labor has released the cost of the promises it has made during the six-week election campaign, which it says will add $7.4 billion to the budget bottom line over the next four years.

This compares with the $77.9 billion as forecast in the pre-election economic and fiscal outlook independently produced by the departments of Treasury and Finance in the early days of the campaign.

Shadow treasurer Jim Chalmers said a Labor government would make key investments in child care, in training and education, and in cleaner and cheaper energy.

“Our investments will generate an economic dividend – every dollar of difference between us and the government is carefully calibrated to deliver a bigger economic return,” Dr Chalmers told reporters in Canberra on Thursday, just days out from Saturday’s election.

Labor’s finance spokeswoman Katy Gallagher said the $18.9 billion of investments over the forward estimates will be partly offset by $11.5 billion in budget improvements over the same period.

“This is the responsible approach to budget management that the Australian people deserve from the government, and it is a real contrast to a tired government that has rorted and wasted millions of dollars,” she said.

Labor believes its commitments are modest and represent no more than an additional 0.4 per cent of the total budget in any year of the forward estimates but will deliver significant and meaningful ongoing cost of living relief and long-term economic benefits.