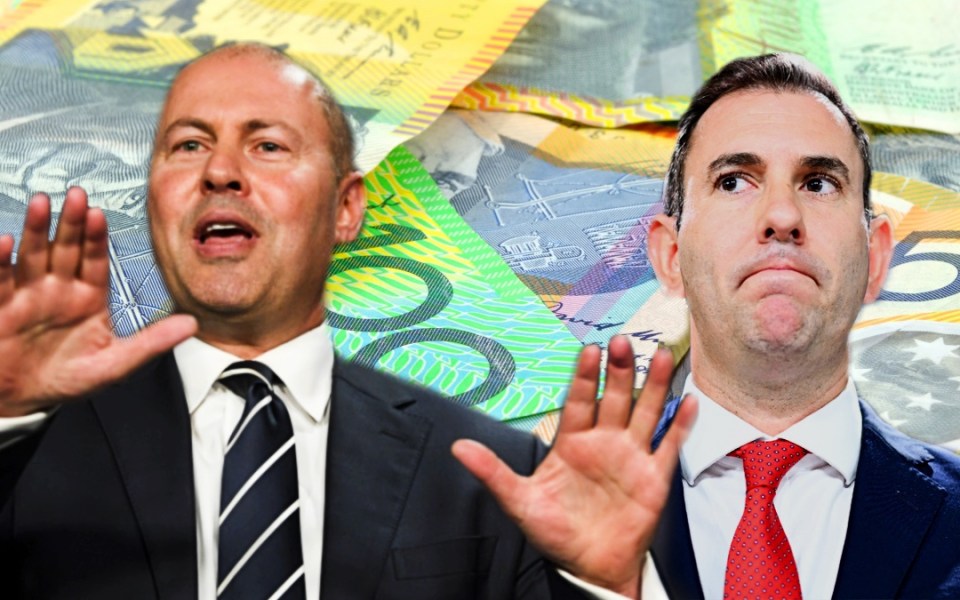 Labor is hinting it will support key Coalition budget measures designed to ease the cost of living as it seeks to avoid the same mistakes that cost it the 2019 election.

Speaking on ABC’s Insiders on Sunday, shadow treasurer Jim Chalmers said Labor was unlikely to oppose a much-hinted cut in the nation’s fuel excise, nor a potential extension of the low-and-middle-income tax offset.

The government has suggested it will alter the 44 cents-a-litre excise in response to surging fuel prices following Russia’s invasion of Ukraine, which sent fuel well over $2 a litre in most capital cities.

“Australians need some kind of relief from these cost-of-living pressures,” Dr Chalmers said.

“The expectation […] is some kind of temporary cut to the fuel excise. We’re unlikely to stand in the way of that.

“Petrol is a big part of [rising prices].”

But the shadow treasurer said the policy would not be enough to deal with the current cost-of-living pressures that he said had been “building for the best part of a decade”.

“You’re looking for ways to ease the cost-of-living pressures on working families that also have an enduring economic benefit,” he said.

Earlier, Treasurer Josh Frydenberg would not be drawn on whether the existing low-and-middle-income tax offset, worth up to $1080, would be extended again.

“That was always a temporary measure that was designed as a fiscal stimulus,” Mr Frydenberg said.

Pre-budget leaks abound about potential extensions to the offset as well as one-off cash payments worth $250 for pensioners, largely to economists’ horror.

Pumping money into an economy with historically low unemployment will undermine attempts to fight inflation and repair the nation’s finances after two years of rampant spending, they argue.

Dr Chalmers struck a conciliatory tone on Insiders about the government’s proposals so far, but reserved the right to judge policies on their merits.

“Our record has been constructive,” he said.

“If there’s a genuine cost-of-living relief, and if it’s responsible, we try to be constructive about it.”

But Dr Chalmers’ incentives to pick a political fight over the government’s pre-election document are largely negated by Labor’s plans to hand down its own budget if elected.

Among its top priorities, Dr Chalmers said, would be reining in what he described as wasteful government spending on private-sector consultants and advisory firms.

“There are clearly areas where the government’s wastage has been so egregious that we will look to trim spending, but we will also look to grow the economy,” he said.

“This is the task for every budget, to go through it line by line to make sure we’re getting maximum bang for buck for taxpayers.”

Dr Chalmers said not enough had been done to address falling wages.

He said Labor would implement wage increases for critical sectors recommended by the Fair Work Commission, such as aged care.

That Labor will not take on the government over what is expected to be a pre-election budget chock full of handouts is unsurprising, even though the giveaways have drawn disapproval from economists.

“The primary curse that Labor should avoid in its response to the budget is [to avoid being] divided from its base of working families,” said Labor campaign veteran Bruce Hawker.

“That’s the 20 per cent of the population absolutely critical to the outcome of the election. Labor needs to be very, very alert to anything that would be seen as denying families relief.

“Labor has learned in the past that if they come out with policies, which the government is able to present as hurting working families, retirees or people on superannuation, then they will pay a price.”

Labor’s current leader, Anthony Albanese, has previously said he has learnt the lessons of the party’s 2019 election loss and is determined not to make them again.

“[We had] a cluttered agenda with many worthwhile policies, but too many policies to explain,” Mr Albanese told The New Daily in 2020.

“We had more than 280 fully costed policies out there. Often we looked as though we were the government … We need to have a clearer agenda that more people can relate to.”