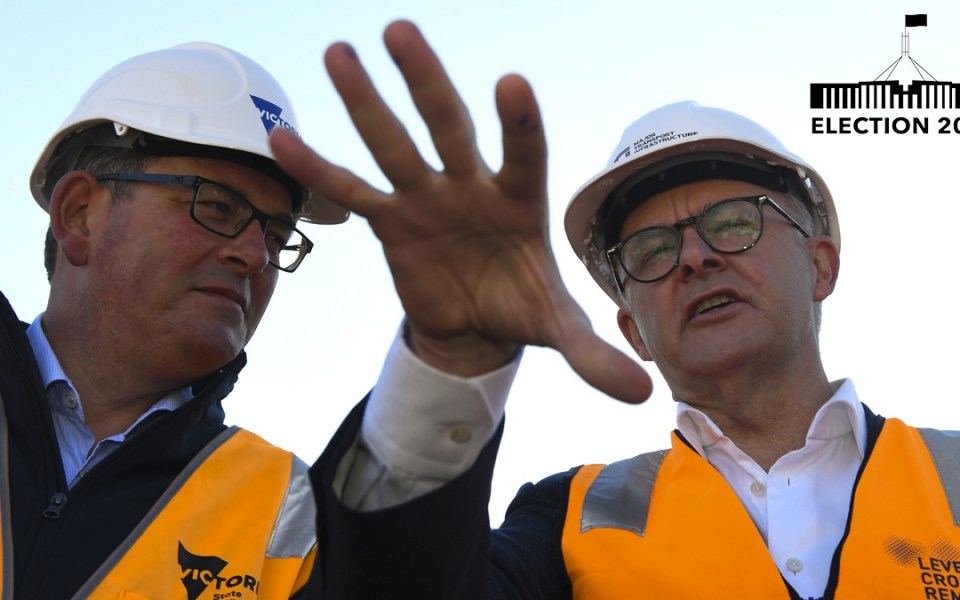 Mr Burke said Labor had always maintained wages could not continue to go backwards, but the opposition had resisted putting a number on growth.

Mr Albanese formally put a number to Labor’s position on Tuesday, saying he supported a wage increase of 5.1 per cent, in line with the highest inflation spike in two decades.

Anything below inflation would be a pay cut, Mr Burke told the ABC as he defended Labor’s position.

“You’ve heard all of us on many occasions for a long time now say people can’t keep going backwards,” he said.

“The minimum wage in Australia is $20.33 an hour. These are the people who are the heroes of the pandemic, who have kept the economy running during a time where a whole lot of us on higher incomes were able to work from laptops.”

The Coalition went on the attack on wages on Wednesday. Liberal campaign spokeswoman and social services minister Anne Ruston said the Fair Work Commission was independent of government.

“What we saw yesterday was somebody who clearly in the great desperation because he wants to be the prime minister of this country has made a statement that has got absolutely no science behind it,” she told Sky News.

“Did Mr Albanese have solid advice as to why he would suggest that that was the appropriate number for wages to be increased by?”

A rapid spike in wages growth could stunt the economy by pushing up interest rates and inflation, Superannuation Minister Jane Hume said.

“We want to make sure the economy is sustained at a steady growth rate. Too high wage rises would disrupt that,” Senator Hume told the ABC on Wednesday.

The Victorian senator maintained the best way to increase wages was to put downward pressure on the unemployment rate, leading to businesses offering more to retain and attract workers.

“When there is low unemployment, employers think differently,” she said.

“Around a million people, just in the last couple of months of last year, changed jobs and they changed jobs for a pay increase of somewhere between 8 and 10 per cent. That only happens when unemployment is exceptionally low.”

Mr Albanese told the ABC’s 7.30 program on Tuesday night the combination of stagnant wages and increasing costs of living was “untenable”.

“The idea that people who are doing it really tough at the moment should have a further cut in their cost of living is simply untenable,” he said.

Meanwehile, a new Roy Morgan poll shows Labor sitting comfortably ahead of the Coalition with a lead of nine percentage points on a two-party preferred basis.

Treasurer Josh Frydenberg is on track to lose his Melbourne blue riband seat of Kooyong to independent Monique Ryan, according to a YouGov poll commissioned by The Australian.

The poll shows the Treasurer trails Dr Ryan 47 per cent to 53 per cent on a two-party preferred basis.

If figures in the poll are repeated on election day, Liberal Tim Wilson will also narrowly lose his neighbouring Melbourne seat of Goldstein to independent Zoe Daniel. But the Liberals would retain Wentworth, North Sydney and McKellar in NSW – other seats being contested by high-profile independents.