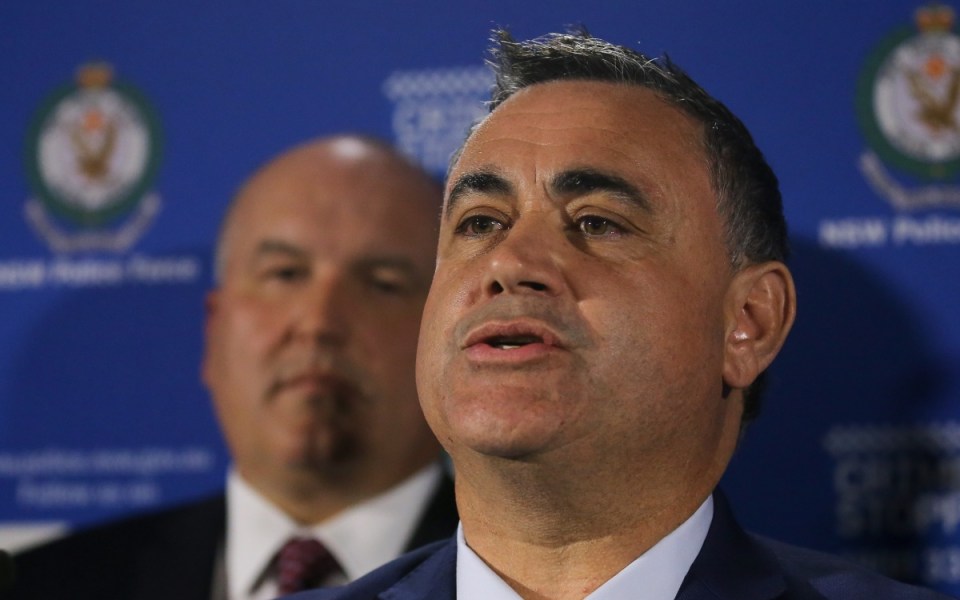 The NSW Labor opposition will seek to expand an inquiry into the controversial appointment of former deputy premier John Barilaro to a US trade job to also look at other lucrative overseas-based roles.

An upper house inquiry is currently probing how Mr Barilaro landed the $500,000 a year New York role amid criticism over the propriety of the appointment.

The former NSW Nationals leader relinquished the job in June, less than two weeks after his appointment was announced, saying his position had become untenable.

Last week the affair claimed the scalp of Trade Minister Stuart Ayres after a draft report from a separate inquiry, run by the Department of Premier and Cabinet, indicated he had not maintained a suitable distance from the hiring process.

Mr Barilaro is expected to appear at the parliamentary probe on Monday to answer questions about the role – one of several high-profile overseas-based NSW trade positions that also include postings in Tokyo and London.

On Sunday, Labor leader in the NSW Legislative Council Penny Sharpe, who sits on the committee running the probe, said she wanted broader scope to look at how all the senior trade and investment commissioners were appointed.

“We will be seeking to expand the terms of reference of that inquiry to include all appointments for the senior trade and investments commissioner roles, obviously including the UK agent general,” Ms Sharpe told reporters in Sydney.

“I’ll also be pursuing more calls for papers to unveil and provide to the public the reasoning and the involvement of ministers in the government in the appointment of these positions.”

Labor has pledged to abolish all senior trade and investment commissioner roles if it wins March 2023’s state election.

Ms Sharpe said the committee had many questions for Mr Barilaro, in order to understand his role in creating the positions and his role in the changing nature of how they were appointed.

She said the former deputy premier would also be quizzed about “any of the discussions he had with either minster Ayres or Mr (Dominic) Perrottet, or indeed anyone else in the government as he applied for and was eventually offered that job”.

On Friday, NSW Public Service Commissioner Kathrina Lo appeared before the inquiry and testified that if there had been more transparency over the recruitment process she would never have endorsed Mr Barilaro’s candidacy.

Secretary of Investment NSW Amy Brown will also give evidence on Monday, marking her third appearance before the inquiry.