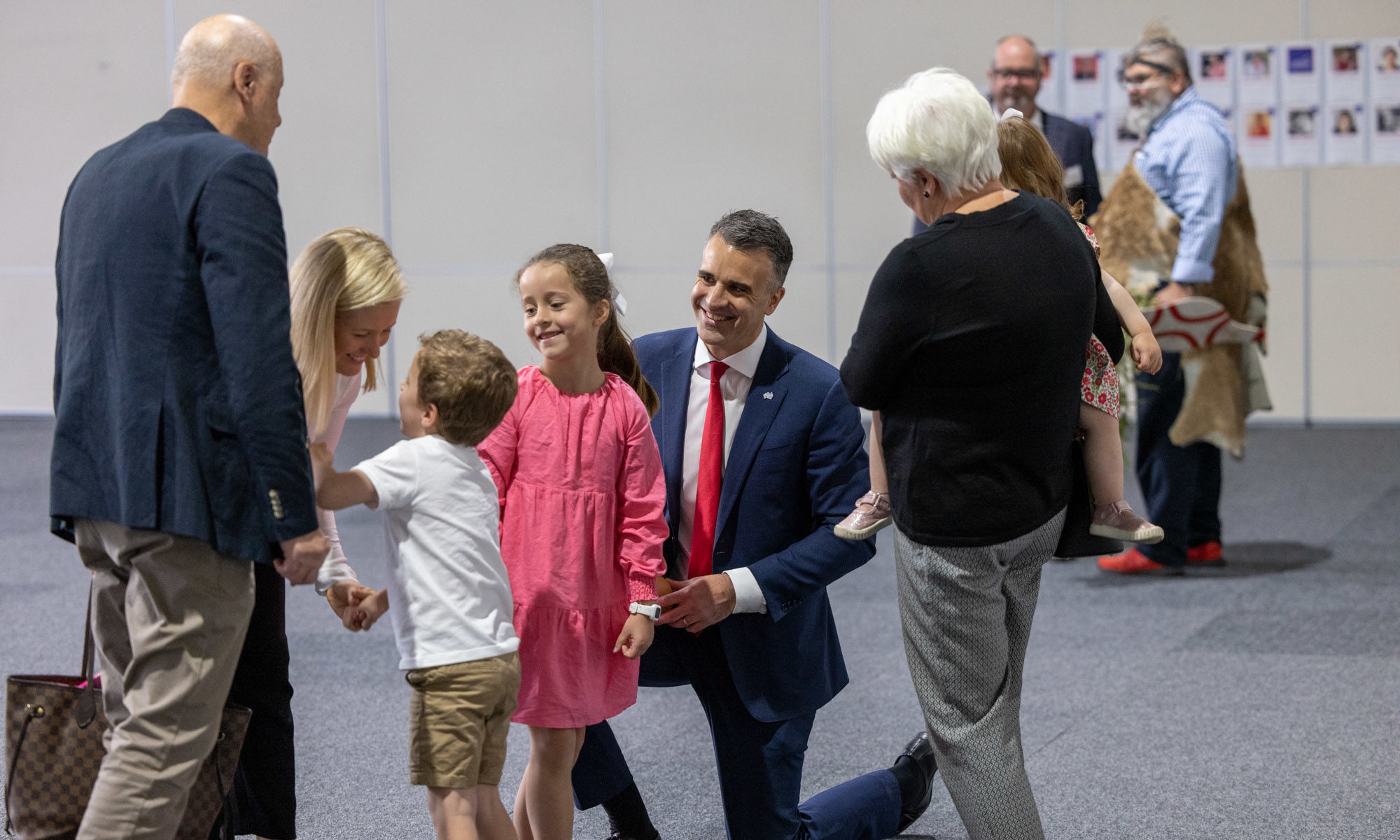 That’s despite his weekend pledge to spend $80 million rebuilding the North Adelaide Aquatic Centre set to be scrutinised by the independent office should Labor win government.

Infrastructure SA was a longstanding commitment from Steven Marshall in Opposition. He first announced it in 2013, taking the pledge to overhaul the way infrastructure projects are prioritised to two elections.

After a weekend commitment from the Commonwealth to stump up the requested $2.2 billion required to complete the north-south corridor, Marshall today told ABC Radio the project’s design plan “has gone through Infrastructure SA, which is the independent arbiter – they look at all of our plans”.

“We needed to be able to demonstrate to the Federal Government that we had a final detailed plan – we’ve been able to do that now,” he said.

“I think that Infrastructure SA has added a lot of value to the way that we consider these large projects.”

Asked by InDaily whether he intended to retain Infrastructure SA if elected, Malinauskas said: “We intend to keep it – we have no plans to disband it.”

“We think it’s got a place, absolutely,” he said.

He added that Labor had “no plans to tweak” the way the advisory body was configured, and asked whether it had been a successful policy, said: “By and large, yes.”

“There are going to be plenty of points of difference at this election, but where the Government’s done something good that we think works, we’ll support it,” he said.

He said the retention of Infrastructure SA “makes sense”.

“We see no reason for change here,” he said.

“We think Infrastructure SA can make a really positive contribution to infrastructure planning and delivery in this state, and we’re keen to support the government of the day,” he said.

“We’re about independent advice but we’re happy to support whoever is the government of the day.”

That includes giving frank assessments of big-spending infrastructure commitments, which would include Labor’s weekend pledge to rebuild and run the dilapidated Adelaide Aquatic Centre in the North Adelaide park lands within its first term of government if elected, at a cost of $80 million.

“We review and monitor any project over $50 million under our Act, so we would have a role to review that,” Conway acknowledged.

“We’re not decision-makers – it’s the government who are decision-makers… our role would be to review it and provide advice as to the benefits, business case and whether we think it’s a good risk approach to things.”

However, he stressed, “ultimately it’s the Government’s decision as to whether they want to make the investment”.

Which Malinauskas insists he would do regardless of Infrastructure SA’s advice.

“It’s a firm election commitment that we’ll be delivering in the first term of the Government,” he told InDaily.

Labor today released the proposed term of reference for its previously-announced royal commission into education services for SA children, predicated on a “recognition that the school day length is out of step with modern working families and that Out of School Hours services are not universally available, accessible or convenient”.

“I am determined to modernise the school day and bring it into the 21st century,” he said.

Labor’s bid to shake-up the school day follows that of NSW Premier Dominic Perrottet, who last week called for “revolutionary ideas” to break down structural gender barriers, including extending the school day.

“In my view, 9am until 3pm doesn’t work,” Perrottet said.

“You’ve also got challenges with before and after school, you’ve got childcare issues and you’ve got early childhood education.”