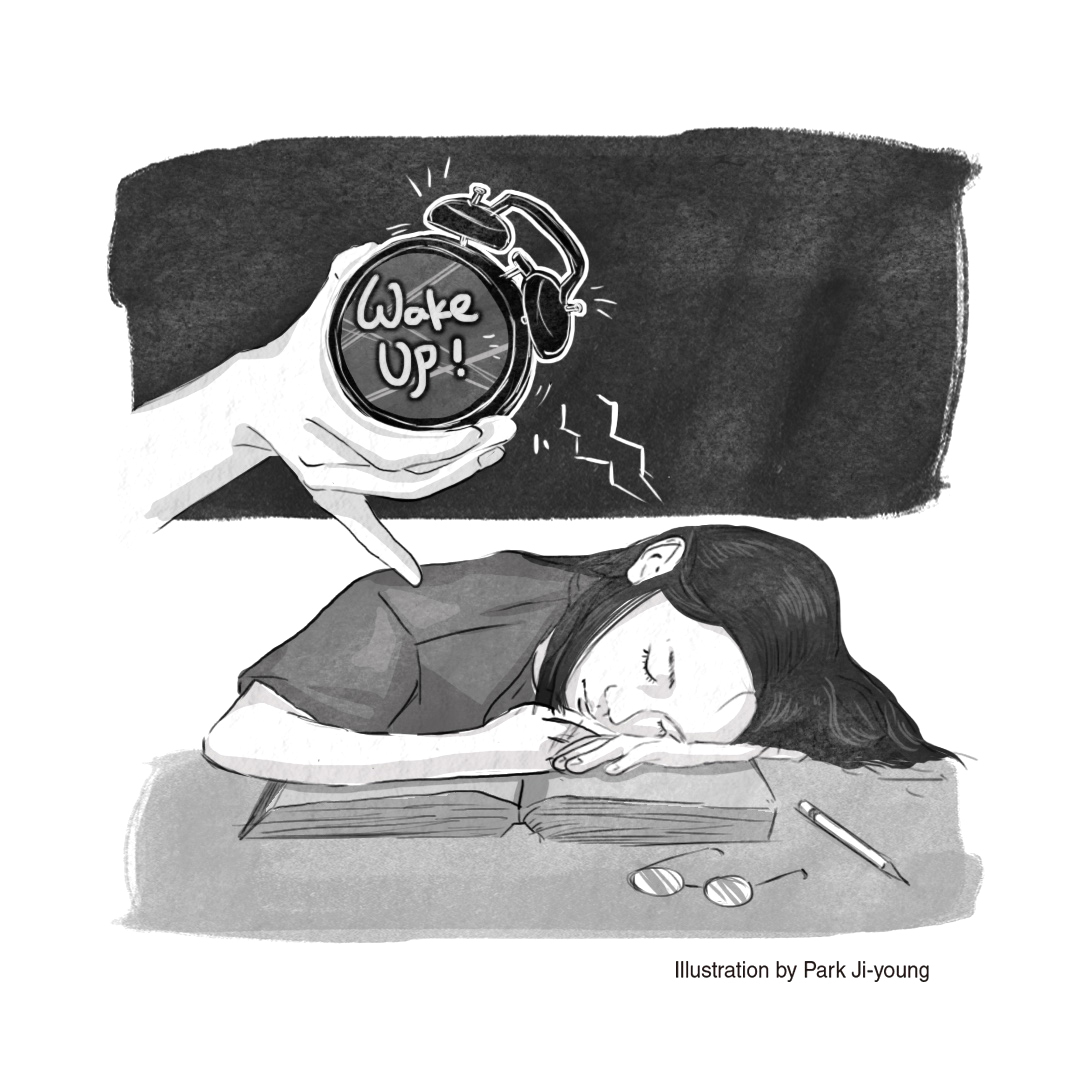 From waking up a dozing student to tidying up graves, online advertisements with unusual but real job descriptions offer a peak into the Korean society. The Korea Herald looks at some of these unusual adds. The following is the first installment. — Ed.

Last week, a self-proclaimed mother posted an ad on a hyperlocal online marketplace, looking to hire a helper for her high school son. Job description? Wake the boy up whenever he dozes off.

“My son (high school freshman) studies for two to four hours on weekdays and six to eight hours on weekends. What the study helper would need to do is sit by him and wake him up whenever he dozes off. If he looks like he needs to need sleep, you can let him do so for about 15 minutes,” read the now-deleted post on the app Karrot Market.

The ad said the student‘s location was the Eunma Apartment complex, located in Daechi-dong, Gangnam-gu, the epicenter of South Korean parents’ famous passion for child education.

The post was taken down after a few days, leaving to the imagination whether the mother actually got her helper or if it was merely a prank.

In March, the Education Ministry and Statistics Korea announced that the country has spent 23.4 trillion won ($18.34 billion) on private education, 21 percent more than the 19.4 trillion won the year before and the most in history. A 2021 report by local Shinhan Bank showed that the middle and high school students of affluent districts of Gangnam-gu, Seocho-gu and Songpa-gu have spent an average of 990,000 won per month on private education, 230,000 more than the total average of Seoul and Gyeonggi Province.

The mother in the ad, however, did not seem to have a big budget for the glorified alarm clock, as she offered 3,000 won per hour and no meal expenses. The legal minimum wage in the country is 9,160 won per hour.

Although not as outlandish as the anti-sleep monitoring job, parents hiring help for a child’s studies is not uncommon in Korea.

It has been years since the fad of so-called “edu-sitters” has spread among South Korea’s young mothers. Combination of education and babysitter, the childcare services in the country have expanded to “book-sitters,” “English-sitters,” and “homework-sitters,” job descriptions of which are reading books to children, helping them to study English, or aiding them in doing the homework.

This is different from private tutors or sending them to private institutes for classes, as they take form of helping out children’s study habits rather than to conduct studies.

Some of the help offered are close to childcare duties. One of the ads uploaded on an app called Mom Sitter was by a parent seeking someone to help a toddler “play, eat and help attend (presumably a daycare center),” and another sought a “mom-sitter to help with English games.”

Others entail more specific tasks, like helping a child memorize multiplication tables before a scheduled test or master the Korean alphabet.

A growing need from moms seeking help in caring for their child and their education may be because even working women shoulder much of the burden of child-rearing among married couples.

A study released in April by the Ministry of Gender Equality and Family showed that among double-income married couples, men devote 0.7 hour a day to taking care of their child while women dedicate 1.4 hours. The disparity jumped to 1.2 hours for men and 3.7 hours for women in households with children 12 years old or younger.