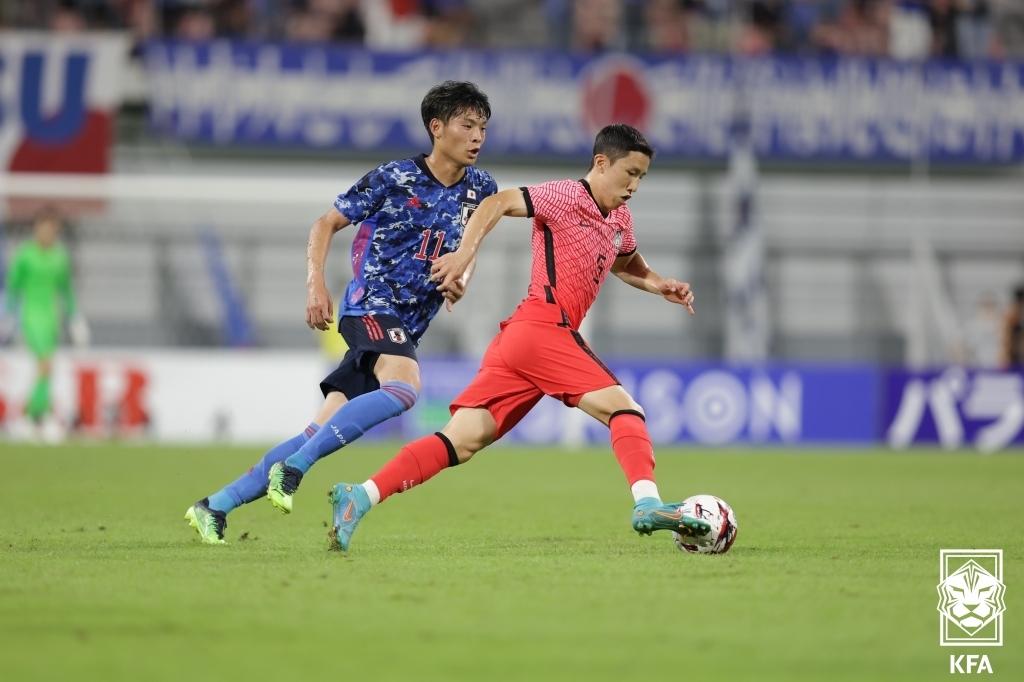 South Korea conceded three goals in the second half in their last match of the East Asian Football Federation (EAFF) E-1 Football Championship held at Toyota Stadium in Toyota, Japan.

It is the second consecutive defeat to Japan following the 3-0 loss in a friendly last year.

South Korea wrapped up the four-nation tournament with two wins and one loss, placing second after host Japan.

South Korea were flaccid throughout the match, getting only one shot on target.

Goalie Jo Hyeon-woo made big saves in the 1st and 33rd minute, while Japanese forward Yuki Soma fired a low shot that hit the post in the 19th minute.

Four minutes after the second half began, Soma scored the first goal of the match on a cross by midfielder Joel Chima Fujita.

In the 63rd minute, Soma played a role in setting up Sho Sasaki’s header to extend the lead to 2-0.