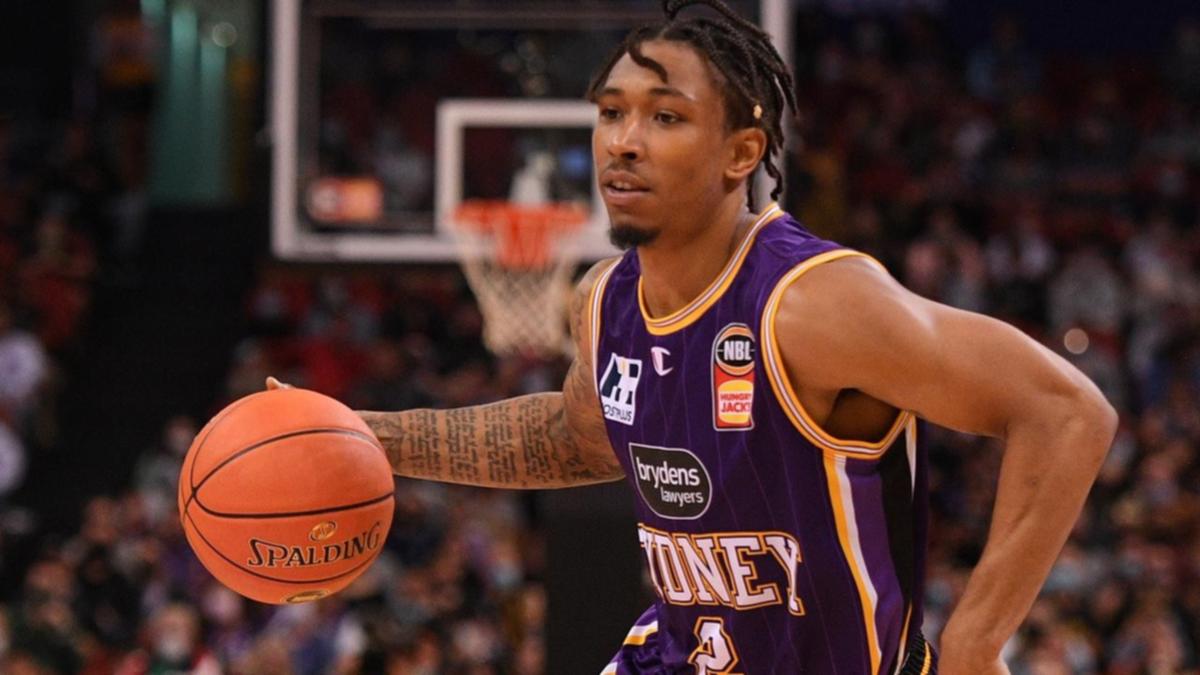 The red-hot Sydney Kings have risen to second on the NBL ladder after easing to their ninth win in a row with a comprehensive 102-80 road victory over the Perth Wildcats.

The Kings broke new ground in Perth on Saturday after smashing the Wildcats 64-39 in the opening half.

It was the highest first-half total by any NBL team over the past three seasons and the most points Perth have ever conceded by halftime in their RAC Arena.

Sydney took control of the match from the outset, opening with a 35-14 onslaught in the first quarter and leading by as many as 31 before Perth mounted a brief fightback with an 11-0 run in the third quarter.

While the Kings produced their highest score of the season, first-year coach Chase Buford was more impressed with what he saw at the defensive end of the floor with the game plan focused around limiting Perth duo Bryce Cotton and Vic Law.

“We had a game plan to come in and try to limit Bryce a little bit … we saw what he did to us last time and we didn’t really want to let him get going,” Buford said.

“I’m really proud of our defensive effort against some balling scorers on their group. So to hold them to 80 (points), we’re proud.”

With captain Xavier Cooks making a successful return from an ankle sprain, the Kings are in a prime position to challenge ladder leaders Melbourne United for the minor premiership over the final month of the regular season.

Perth started the week in hot pursuit of United at the top of the ladder and riding a six-match winning streak.

Yet back-to-back home losses to Tasmania and Sydney have left coach Scott Morrison searching for answers.

“I think our team needs to realise that perhaps we’re not as talented as some people would like to think, or that our record stated before this weekend,” Morrison said after the Wildcats slipped to third on the ladder.

“We have to really approach the game like we’re the underdogs. And by that, I mean putting more emphasis on execution, our effort and our connectivity on defence especially to try and be the most efficient team possible.”

The loss capped a sour day for the Wildcats after it was announced they were unable to complete the signing of a potential new third import, American John Brown III, before the NBL’s deadline for playoff roster qualification.