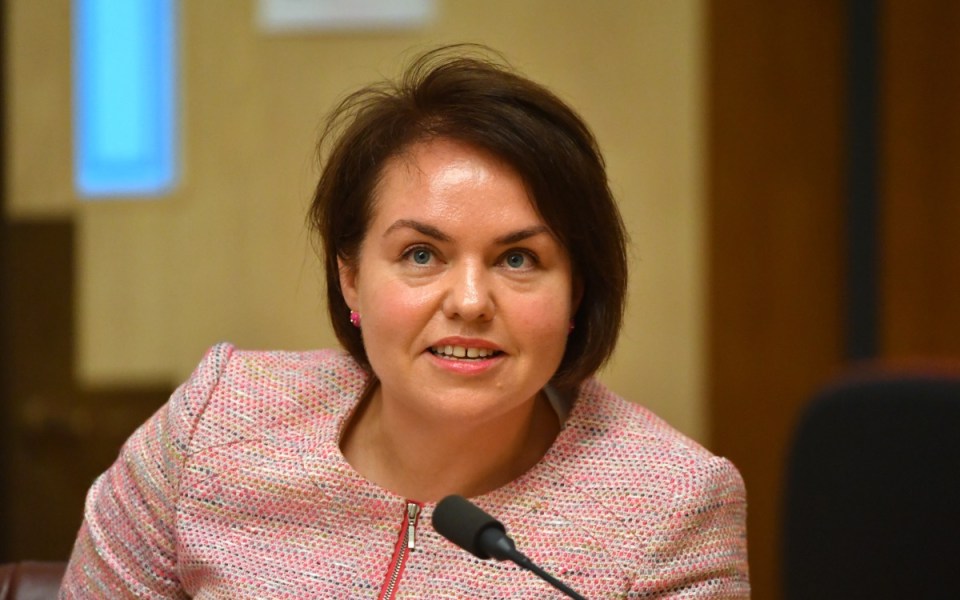 The late senator Kimberley Kitching has been described as a woman of conviction who stood against injustice, as her colleagues across the political divide paid their tributes.

Senators convened for a special sitting on Monday to speak on a condolence motion after the Victorian Labor senator was laid to rest last week following her sudden death aged 52 from a suspected heart attack in Melbourne on March 10.

Labor’s leader in the Senate Penny Wong said the late senator was an extraordinary woman and a patriot “determined to serve her country”.

“As the many tributes since her death have demonstrated, Senator Kitching was a parliamentarian who worked across the political spectrum, relentlessly pursuing what she believed was right,” Senator Wong said.

“She believed in democracy and its values, including human rights, she worked to shine a line on abuses and corruption around the world.”

Government Senate leader Simon Birmingham said Senator Kitching was a warrior for her belief, her party and her country and argued effectively for what she stood for.

“She contributed to the exceptionalism of Australia,” he told the Senate.

“A tough operator, Kimberley connected in ways that could break down barriers. What more could she have contributed … tragically those questions will go forever unanswered.”

“I know those 30 people that Kimberley advocated for, will feel they owe their lives to Kimberley and will feel her loss immensely,” she said.

Senator Kitching’s husband Andrew Landeryou and her close friend and secretary of the Health Services Union Diana Asmar watched on from the public gallery as senators paid tribute.

Over her six years in the upper house, Senator Kitching became known for her human rights advocacy, highlighting of China’s rising influence and a bid for Australia to adopt targeted sanctions laws similar to the US Magnitsky Act.

A who’s who of politics packed St Patrick’s Cathedral in Melbourne last week, as her husband Andrew Landeryou described her as having been subjected to “the unpleasantness of a cantankerous cabal, not all of them in parliament”.

Labor has rejected calls for an independent inquiry to examine bullying allegations, with Anthony Albanese and former leader Bill Shorten saying the late senator would want the party to move on and dedicate itself to a victory at the election due in May.

Mr Albanese said Senator Kitching did not make a formal complaint about any bullying allegations and did not come to him directly with any concerns.

Senator Kitching is widely expected to be replaced as a candidate by former Victorian justice department bureaucrat Jana Stewart, who challenged Treasurer Josh Frydenberg in Kooyong at the 2019 election.

The Kimberley Kitching Human Rights Award will be inaugurated by the ALP national conference in 2023.