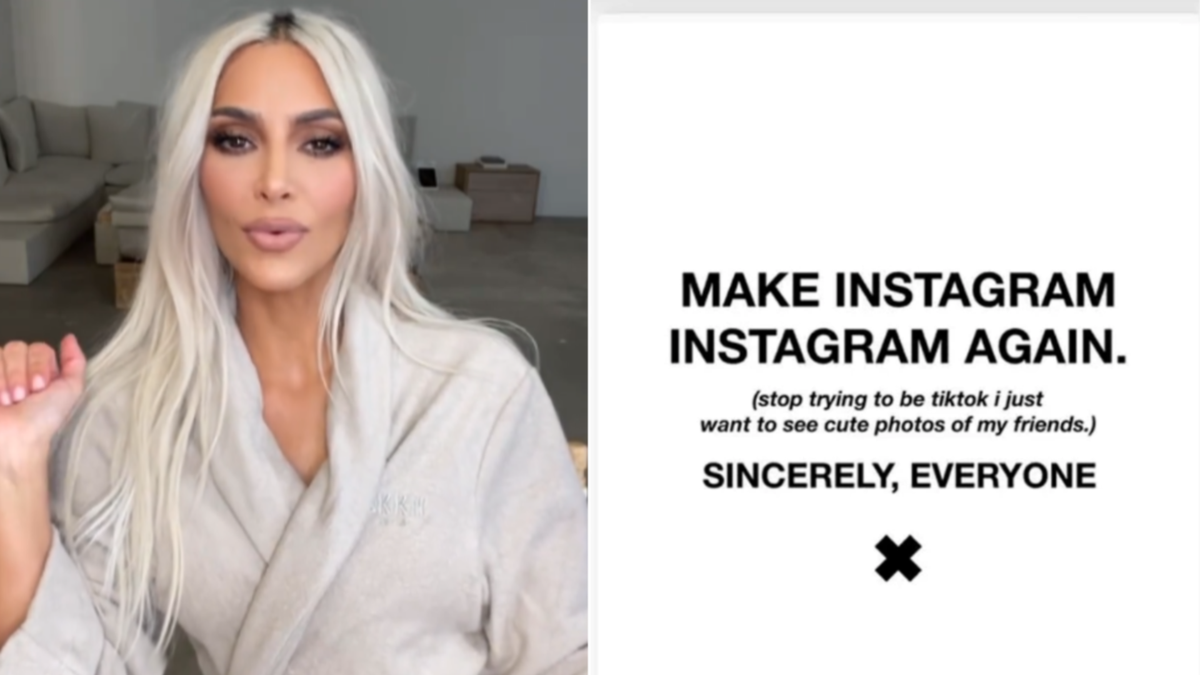 Instagram head Adam Mosseri has shared a video on Twitter defending recent changes to the social media platform, a day after celebrities like Kim Kardashian and Kylie Jenner criticised it for “trying to be TikTok.”

Mark Zuckerberg, the CEO of Meta – which owns Facebook and Instagram – has been pushing into short videos, a market that TikTok dominates on mobile.

Many users have not responded well to the change, and a post urging the company to “make Instagram Instagram again,” implying it should focus more on pictures friends post, has amassed over 1.6 million likes and resulted in nearly 140,000 petition signatures.

“Stop trying to be TikTok, I just want to see cute photos of my friends. Sincerely, everyone,” the post reads.

In his video, Mosseri said that he knows there has been a lot of change to Instagram.

He said the app is going to continue to support photos, but he believes it will become more video-focused over time since it is what people are liking, sharing and consuming on the platform.

He added that if users are seeing a new, full-screen version of their feed, it is just a test.

“It’s not yet good,” he said, noting that the experience will have to be improved if it’s introduced to the rest of the Instagram community.

Mosseri said that he has also heard a lot of concern about recommendations, which are posts that appear in users’ feeds from accounts that they do not follow.

He said recommendations are meant to help users discover new content, and they act as one of the “most effective and important” ways to help creators reach more people.

Miranda Kerr opens up on split from Orlando Bloom: ‘I didn’t believe in love anymore’

Mosseri said if people are not interested in these posts, they can close them or snooze all recommendations for up to a month.

He finished the video by asking for feedback – and viewers didn’t hold back.

“It’s now an app for everything you’re advertising, not of my friends and people I think are cool.”

“When is Instagram going to accept that not all creators are video creators?” another user wrote.

“Graphic designers, photographers, and other visual artists helped build IG and rely on it to share their work.

“And now you’re screwing them over to become a 15 sec video streaming site ppl can’t control.”