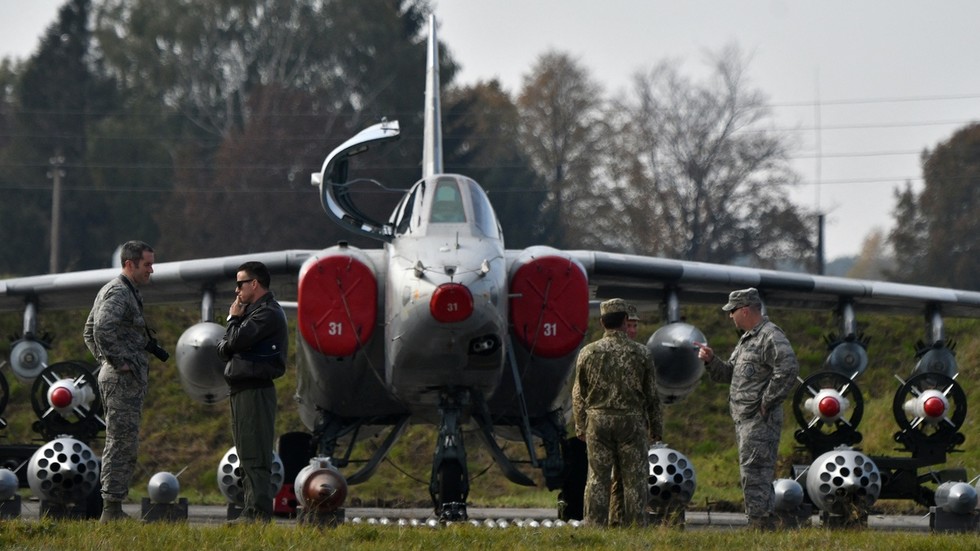 Ukraine this week has sent to Washington its latest list of things it wants to get to continue fighting against Russia, CNN reported after obtaining the document. Kiev is said to have requested reconnaissance and attack drones, tactical radars, electronic warfare anti-drone systems and close-air support aircraft.

Ukraine has delivered several wish lists to the Americans over the past few weeks. One of them, revealed last week, requested 1,000 man-portable anti-aircraft and anti-tank missiles per day.


The military planes requested by Ukraine are Sukhoi Su-25s – jets originally produced by the USSR and later Russia. Ukraine inherited dozens of that type of aircraft during the collapse of the Soviet Union, but reportedly had just 17 still operational as of last year.

Moscow attacked its neighbor in late February, following Ukraine’s failure to implement the terms of the Minsk agreements signed in 2014, and Russia’s eventual recognition of the Donbass republics in Donetsk and Lugansk. The German and French brokered protocols had been designed to regularize the status of those regions within the Ukrainian state.

Russia has now demanded that Ukraine officially declare itself a neutral country that will never join the US-led NATO military bloc. Kiev insists the Russian offensive was completely unprovoked and has denied claims it was planning to retake the two republics by force.