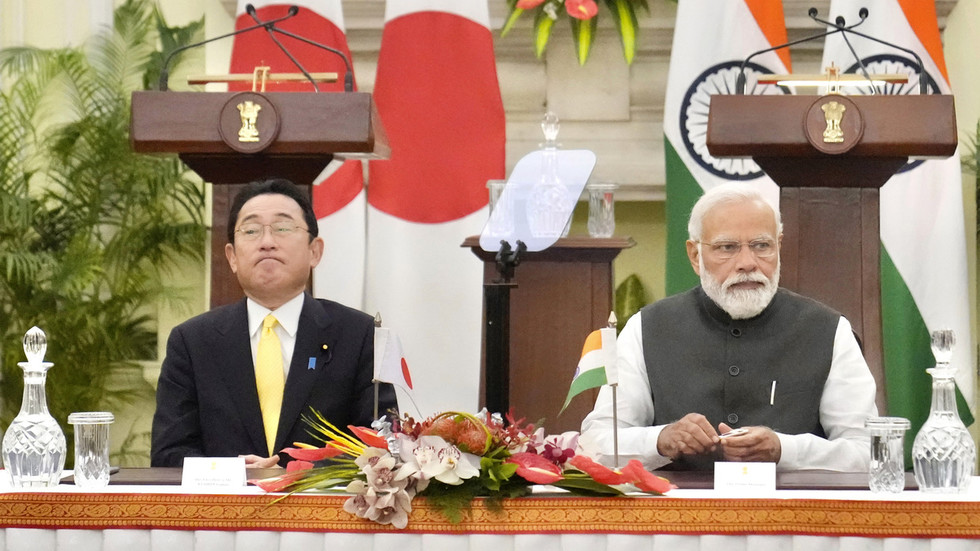 “We exchanged views at length in a small group today in an in depth manner on the situation in Ukraine,” Kishida said at a joint press conference with Modi. “The Russian invasion of Ukraine is a grave incident shaking the very essence of the international order. We must respond in a firm and resolute manner.”

“We confirmed any unilateral change to the status quo by force cannot be forgiven in any region, and it is necessary to seek peaceful resolutions of disputes based on international law,” Kishida added, standing beside Modi.

However, Modi refrained from addressing the Ukraine crisis directly, only saying that “geopolitical events are posing new challenges.” He instead spoke about further strengthening India-Japan partnership to “encourage peace, prosperity and stability in the Indo-Pacific region and on the global level.”

A joint statement issued after the talks voiced “serious concern about the ongoing conflict and humanitarian crisis” in Ukraine, and urged an “immediate cessation of violence,” without censuring Russia.


India has come under increased Western pressure to distance itself and sever its economic ties with Moscow, after it abstained from backing the United Nations General Assembly resolution that condemned Russia’s military action in Ukraine, and chose to stay neutral alongside China, Pakistan, South Africa and 30 other countries.

India is s also facing criticism for buying Russian oil, available at discounted prices as some countries have been avoiding it in fear of retaliatory sanctions from the US. The Indian government, however, has reportedly adopted a pragmatic approach and was “exploring all possibilities” to ensure the country’s own energy security.

Russian President Vladimir Putin announced a “special military operation” in Ukraine on February 24, with a stated goal to “demilitarize and denazify” its government, ensuring that it’s NATO membership aspirations no longer pose a threat to either Russia or the newly recognized Donbass republics, which have suffered seven years of siege by Kiev forces. The US and its allies have accused Russia of starting an “unprovoked” invasion to occupy Ukraine.