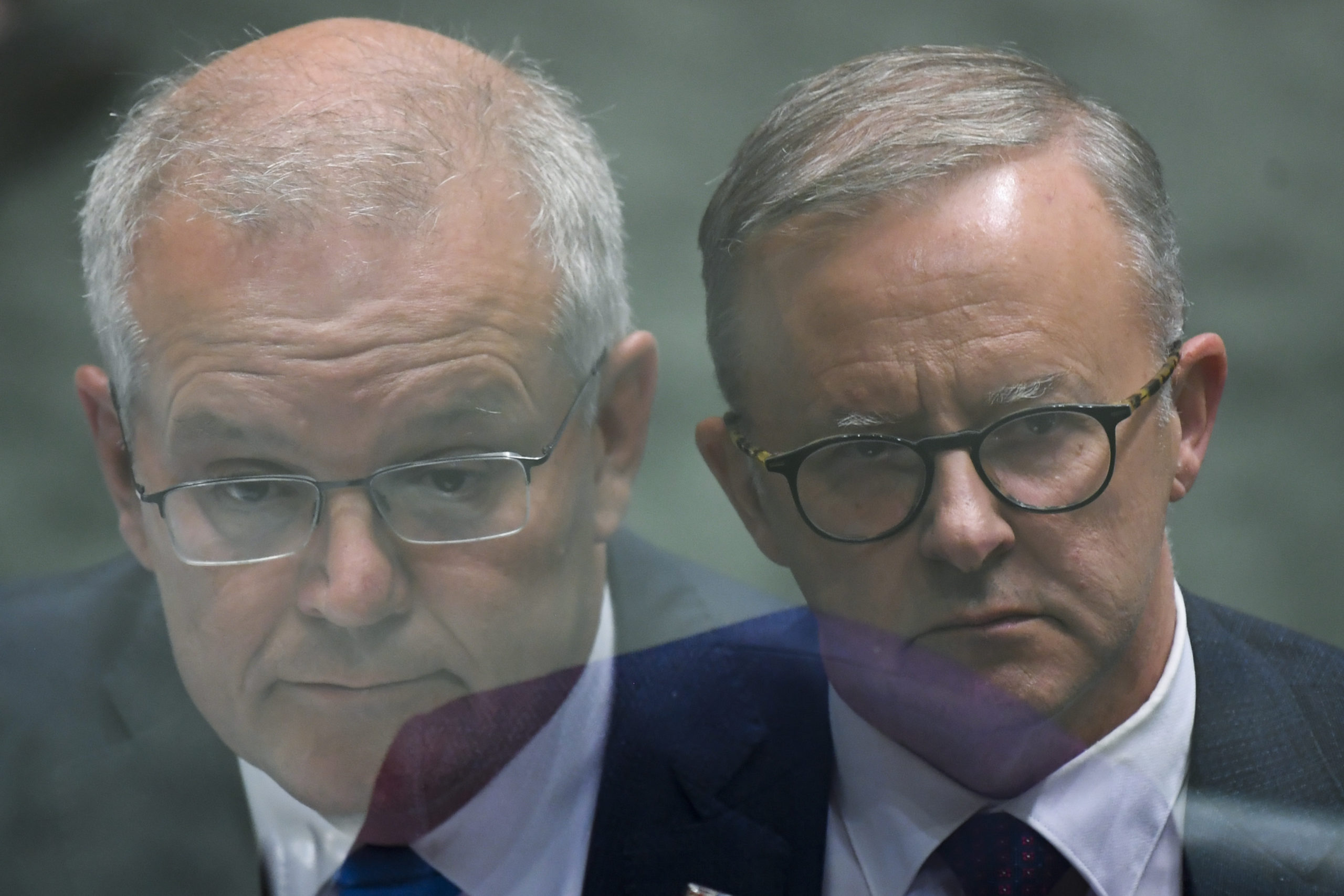 A Morrison victory will stop the revolving door which saw Kevin Rudd, Julia Gillard, Tony Abbott and Malcolm Turnbull knocked off by their parties before being given a chance to run for re-election.

Defeat for Labor will be the party’s fourth successive loss and mean the ALP has won majority government only once in the past 10 elections.

A win for Anthony Albanese will mean five successive prime ministers have failed to be re-elected.

Albanese will become the first Labor leader to win office from opposition since Rudd in 2007.

Opinion polls are pointing to a Labor win but there is little chance of a uniform national swing to the opposition.

The Liberal-National coalition starts with the slimmest of margins – 76 seats in the 151-seat lower house.

But one of these, WA’s Stirling, has been abolished, with a new seat, Hawke, being established in Victoria and expected to go to Labor.

Its stronghold is Queensland, where the LNP has 23 out of 30 seats, Labor six and veteran independent Bob Katter reigns in the northern seat of Kennedy.

Few commentators expect this to change much but Labor is hoping to at least chip away at the margins of a handful.

Labor starts the race with 68 seats but notionally holds 69 if the seat of Hawke is considered a win.

The ALP potentially stands to lose the NSW seat of Gilmore and Lyons in Tasmania with the Liberals also unseating ex-member Craig Kelly in Hughes.

Such as scenario would see Labor on 73 seats and the coalition on 72, with three crossbenchers needed to secure supply and confidence for a minority Labor government.

The coalition is so keen on fortifying Queensland, the campaign headquarters will be based there.

Labor will be based in inner Sydney.

At least 17 lower house retirees will make the contest even more interesting.

Retiree seats to watch include Hunter, where NSW Labor maverick Joel Fitzgibbon is exiting, and the Queensland seat of Dawson, which is saying goodbye to the LNP’s George Christensen.

With a half-Senate election being held at the same time, there will be strong interest in the Queensland race with One Nation leader Pauline Hanson and billionaire Clive Palmer in the running and Liberal National Party minister Amanda Stoker at risk of losing her seat.

The Greens’ Penny Allman-Payne is also in with a shot in Queensland.

The last-minute decision by independent Nick Xenophon to enter the SA Senate race will make a tight contest between him, the Liberals and Greens for the last two spots in that state.