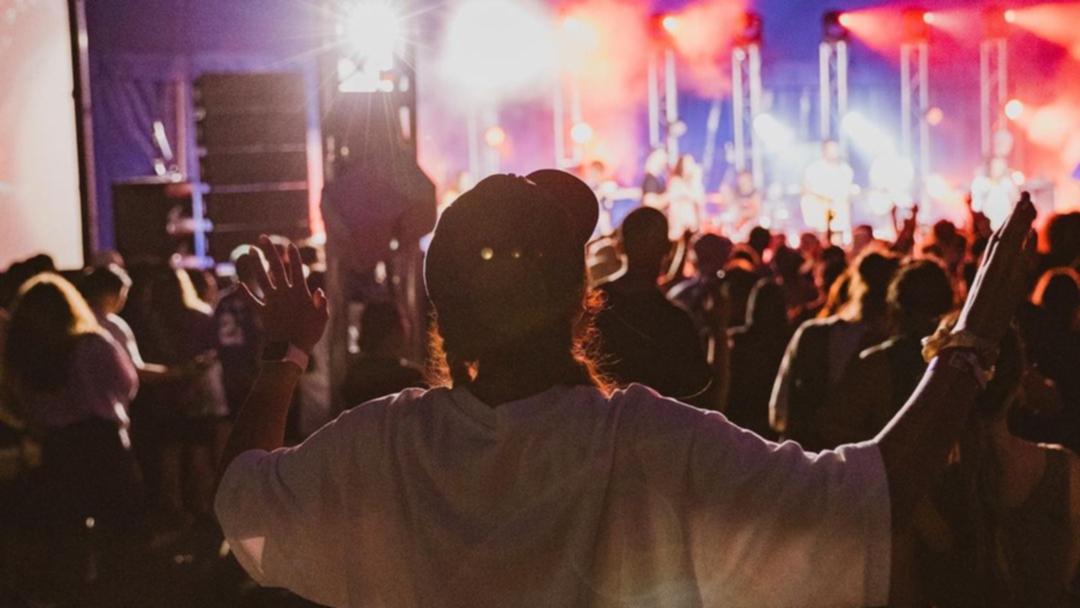 A religious organisation has been slammed for breaching COVID restrictions by holding an event with live music, dancing and no social distancing, while other music festivals were forced to cancel.

Changes to public health orders implemented on Tuesday saw singing and dancing at indoor and outdoor festivals banned across New South Wales in an effort to mitigate skyrocketing case numbers.

The restrictions forced festivals including Grapevine Gathering to postpone or cancel their events, while large religious gatherings were able to go ahead.

The religious loophole meant Hillsong Church was able to hold a three-day “youth summercamp” event in Newcastle this week from Wednesday to Saturday.

But videos have since emerged of hundreds of maskless participants singing, dancing and mingling inside a large tent as performers sung onstage.

The footage prompted mass backlash from artists and fans in NSW, as people slammed the “double standard”.

NSW Health on Thursday requested Hillsong “immediately stop singing and dancing” at the event as it was in “breach of the public health order”.

Health Minister Brad Hazzard said while the health order did not apply to religious services, it does apply to major recreation facilities.

“This event is clearly in breach of both the spirit and intent of the order, which is in place to help keep the community safe,” he said in a statement.

NSW Police said it would “liaise with organisers of an event … to ensure future compliance with the public health orders after NSW Health deemed the location to be a major recreational facility.”

It would not comment on whether fines would be laid or if the event would be cancelled.

Despite the event having singing, dancing and live music on a stage, Hillsong defended the “summercamp” by saying it is “annual high school aged youth camp” and “not similar to a music festival in any way”.

The religious group states on its website it is committed to holding “COVID safe Summercamps” and “all activities will be conducted in line with government health orders and applicable COVID safety plans”.

Hillsong said in a statement that “outdoor Christian services” involving singing are held during the camp, but they were only a “small part of the program”.

It said the video of maskless young people singing and dancing — shared on the Hillsong Instagram — “reflected a few minutes” of that part of the program.

“We follow strict COVID procedures and adhere to government guidelines,” the statement said.

A ‘slap in the face’

Musicians and fans have slammed the event as a “double standard”, with Brisbane rockers DZ Deathrays labelling it a “slap in the face to the arts industry”.

“Festivals, clubs and pubs are closed whilt Hilsong are getting close and sweaty … confusing?,” they wrote.

Industry members hit back at the event, taking to social media to form a parody supergroup called Thrillsong.

“Welcome to Thrillsong, a collective effort by Australian music,” The Jungle Giants wrote on Instagram.

“NSW gigs and festivals are out, so we are here and ready to play your local sports event or church gathering.

“We accept cash, credit and RATs as payments.”

The Brisbane indie rockers were joined by Australian talent including Jack River, Confidence Man, Illy, Odette, What So Not who all called out the