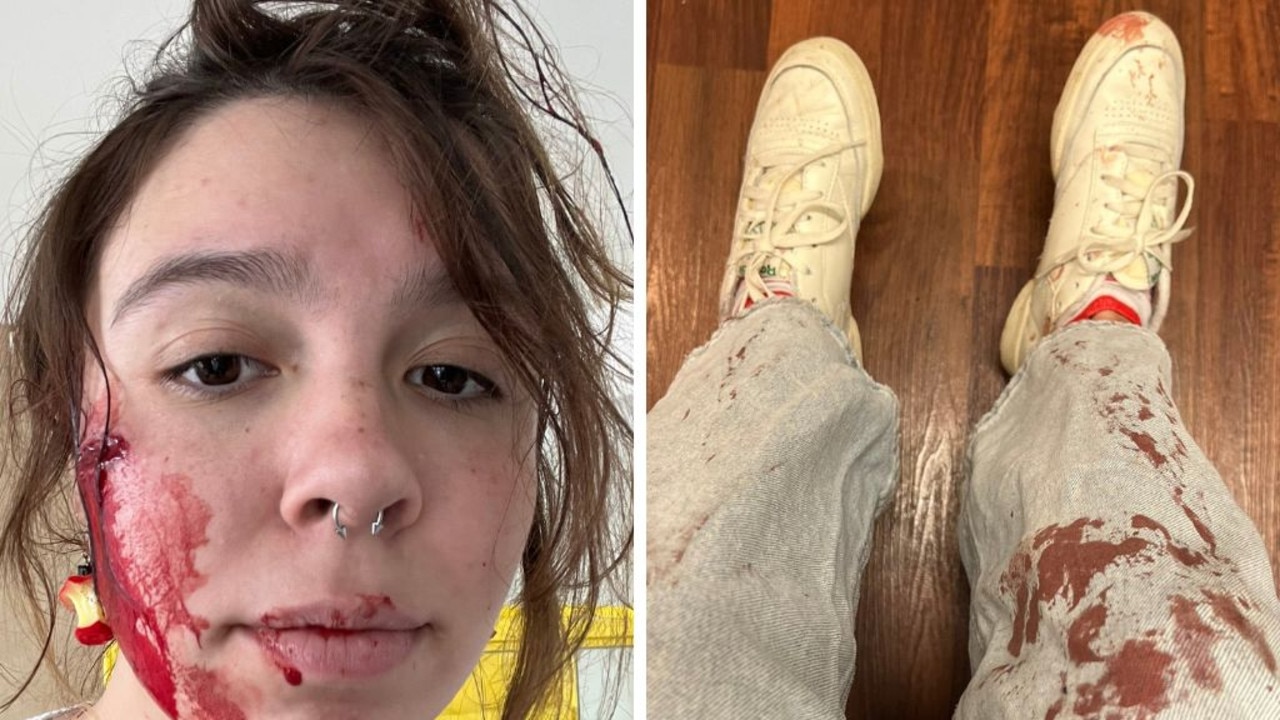 Witnesses of a shooting have shared harrowing details of the “cold-blooded” massacre, after a shooter fired into a busy parade. WARNING: Distressing.

Witnesses from the Chicago Fourth of July massacre have shared horrific and distressing accounts of the shooting.

One local woman, Lilli Carrasco said that despite attending the Highland Park parade for 18 years, she never imagined she would be stranded in the “middle of a mass shooting”.

“I’ve felt safe at this parade for 18 years and today I got hit with a bullet and nothing will change in America,” she tweeted on Monday.

Ms Carrasco was one of the dozens of people who were taken to hospital in the aftermath of the shooting.

In photos she shared, it appeared the woman sustained deep gashes to her left cheekbone, which required multiple stitches.

Ms Carrasco said she also witnessed a man and two women die from gunshots as she “tried to run for my life away from the rifle spraying bullets in my direction”.

She also confirmed she has since scheduled a meeting with a plastic surgeon, as well as a trauma therapist.

Once at the hospital, Ms Carrasco said the building went under lockdown. The directive could have been influenced by the fact the suspected shooter, 21-year-old man, Robert ‘Bobby’ Crimo III, was at large for multiple hours after the attack, until he was arrested by police.

“My boyfriend tried to get to the hospital but it was already on lockdown by the time he was there,” Ms Carrasco said.

“He brought me flowers and stuffed animals and his comfort blanket and let me cry to him and made me feel so safe.”

As it stands, the incident has claimed the lives of seven people, with an additional 39 taken to hospital. According to North Shore University Health System senior director of public relations Jim Anthony, nine people still remain in hospital. Of these patients, four are currently in a good condition, four in a stable condition, with one 69-year-old man in a critical condition.

Ms Carrasco has also since launched a GoFundMe campaign to help her cover the medical and therapy costs she’s incurred since the attack. In just an hour, the campaign raised more than $A7200.

An 82-year-old man believes he made direct eye contact with the shooting suspect while attending the Fourth of July celebrations. Speaking to The Sun, Michael Schwartz used his grandson’s stroller to shield his family from gunshots once the melee started.

Mr Schwartz said he believes he saw a man wearing all black and wielding an assault rifle while in a “military stance” on the ground.

“He was shooting methodically, deliberately and cold-blooded,” he said. “I couldn’t see his face because it was hidden, but he seemed emotionless.”

While no official charges have been laid, police arrested Mr Crimo in the hours after the attack. While the amateur rapper was taken into custody as a “person of interest” in connection to the shooting, authorities believe there was a “significant amount of digital evidence,” which led to the arrest.

Lake County Major Crime Task Force spokesman Christopher Covelli said: “This individual is believed to have been responsible for what happened and the investigation will continue.”

It’s since been revealed that Mr Crimo often peppered his music with sinister lyrics and cryptic symbolism.

Stills from his music video reveal him wearing a police helmet and bulletproof vest while in a classroom, and also feature drawings of a shooter presiding over a dead person and holding another hostage with a rifle.

In one of his songs, the lyrics include:

“I need to leave now, I need to just do it. It is my destiny, everything has led up to this,” he sings.

“Nothing can stop me, not even myself. Is there such thing as free will, or has this been planned out, like a cosmic recipe?”