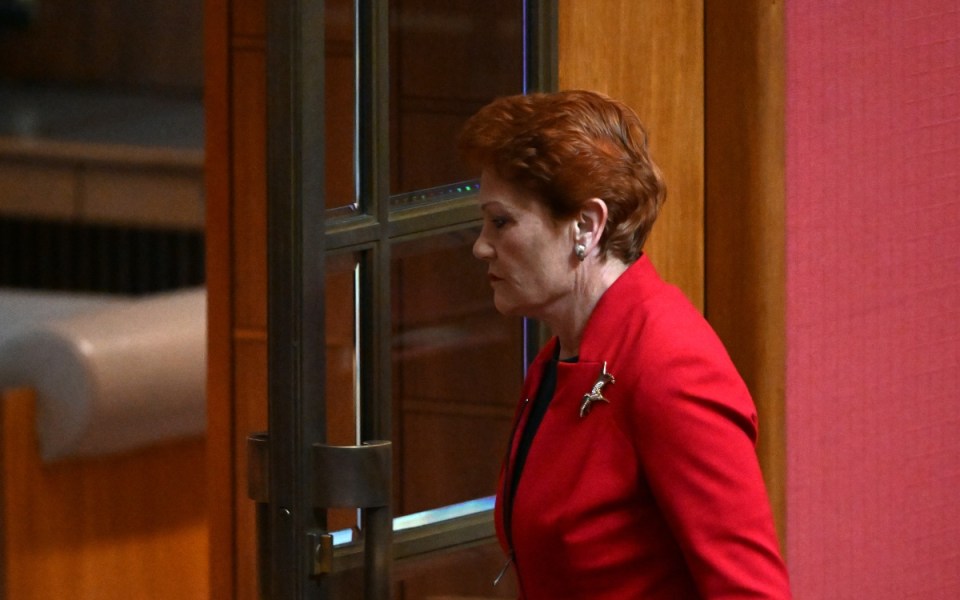 Pauline Hanson has angrily left the Senate chamber during the opening acknowledgement to country after dismissing its validity.

President Sue Lines acknowledged the Ngunnawal and Ngambri people as traditional custodians of the Canberra area and paid respect to elders past and present at the opening of Wednesday’s sitting.

Senator Hanson interjected, yelling “No, I won’t and never will”, before exiting the chamber.

The One Nation senator told AAP she could not accept the welcome to country or a proposal to be moved later in the day that would raise the Indigenous flag in the Senate chamber.

“I’ve been feeling this way for a long time,” she said.

“I have called from the first day for equality for all Australians. I see this as divisive.”

She said if anyone needed acknowledgement it was “our people that have fought for this country. People who have sacrificed their lives”.

Senator Hanson added the Indigenous flag had “never been voted on” and criticised the acknowledgement to country.

“I will never pay respect to (the flag). I find this flag divisive,” she said.

“We are now hearing it on flights and aeroplanes. I’m sorry – this is my country as well.

“This is heading towards division in our nation. A them and us. And we’ll never close the gap if we continue down this path. All Australians should be treated equally and the same.”

“Day two of the 47th parliament and racism has reared its ugly head,” she wrote.

“Pauline Hanson disrespectfully stormed out of the acknowledgement of country in the Senate, refusing to acknowledge ‘those people’.

“You want to make parliament safe? Get rid of racism.”