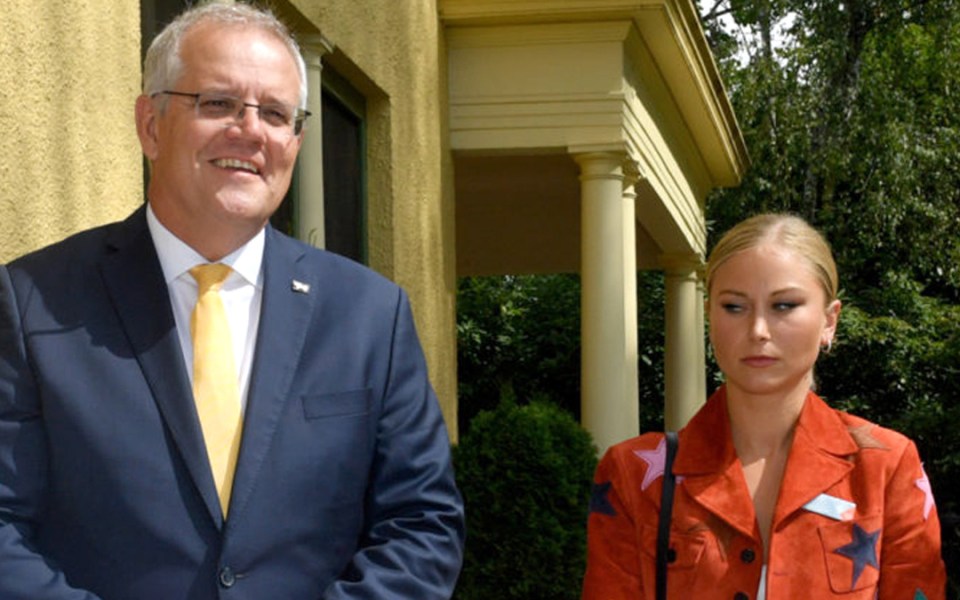 Abuse advocate and former Australian of the Year Grace Tame has slammed Scott Morrison after the Prime Minister appeared to condone Will Smith’s Oscars night assault on comedian Chris Rock.

Speaking on Brisbane radio station B105 FM on Thursday morning, Mr Morrison said he “understands” why Smith was moved to slap Rock in defence of his wife on the Oscars stage.

When asked on air if he ever felt the need to punch anyone in Parliament, the Prime Minister replied:

“I’m also fiercely defensive of anyone who would say anything about [my wife] Jenny, so I can understand.”

Mr Morrison also said he could understand why some men resorted to physical assault, before adding “that’s not how you roll”.

As reports of the radio exchange emerged, Ms Tame took to social media to condemn the Prime Minister’s comments.

“Show sympathy for acts of violence using love as the excuse, sure that’s a great message from a Prime Minister,” she posted.

Mr Morrison’s comments came as he faces numerous accusations of bullying from within and without the Liberal Party.

Independent senator Jacqui Lambie said the accusations had nothing to do with personal grievances.

“[Mr Morrison] is probably one of the most unpleasant men I’ve ever had to sit in front of,” she told Sky News on Thursday.

It was revealed on Thursday that Smith was asked to leave Monday’s Oscars ceremony after he slapped Rock, but refused, according to a statement released by Academy Awards organisers.

The Academy of Motion Picture Arts and Sciences said it has begun disciplinary proceedings against Smith over the assault on Rock in a statement released Thursday.

The Academy’s bombshell statement came as Rock made his first public comments on the incident on Thursday.

“I’m still processing what happened,” he told an audience at a comedy gig in Boston.

Pinkett-Smith rolled her eyes at Rock’s quip. Smith appeared to initially laugh, before he marched onto stage and confronted Rock, delivering the shocking slap.