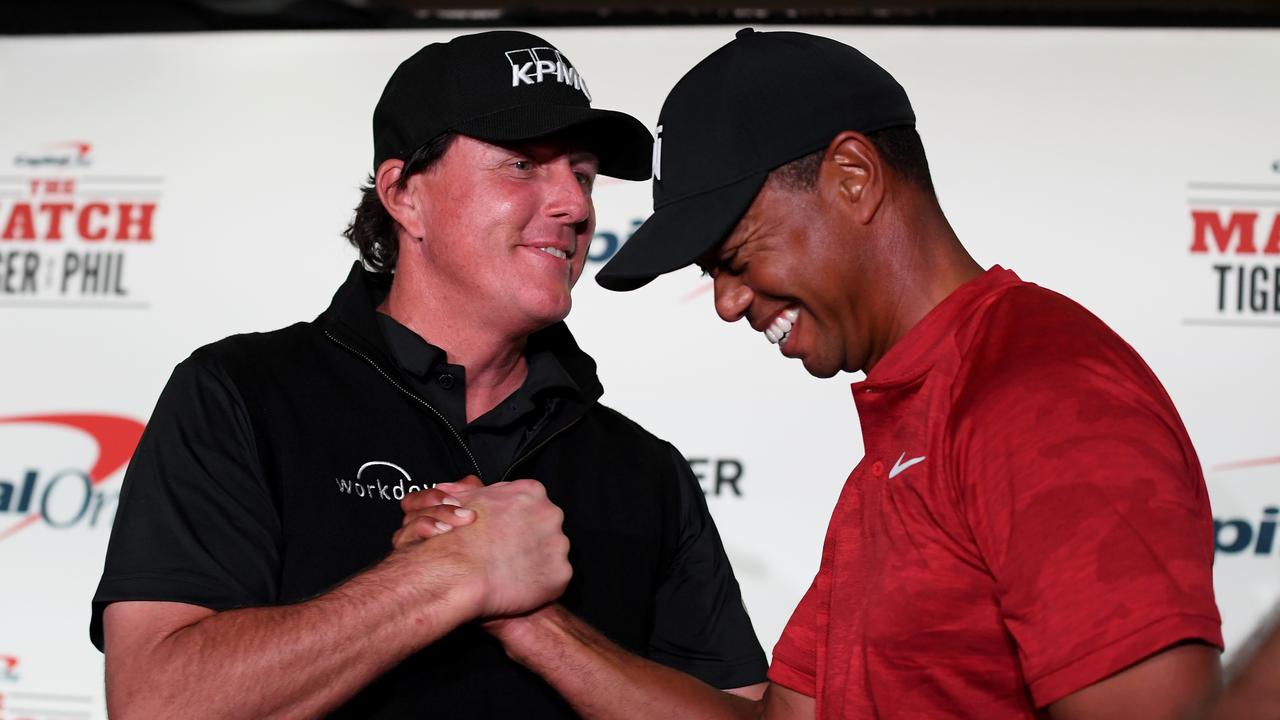 A new book has revealed everything about how a superstar lost an “obscene” fortune when he was supposed to be making big bucks.

Phil Mickelson suffered a staggering $56 million ($USD 40m) gambling loss between 2010 and 2014, according to his biographer.

lan Shipnuck, a former golf reporter for Sports Illustrated, has a Mickelson biography entitled, ‘Phil: The Rip-Roaring and Unauthorised! Biography of Golf’s Most Colourful Superstar’ which is coming out later this month.

In a book excerpt published on the Fire Pit Collective website, Shipnuck cites documents that were compiled when government auditors conducted a “forensic” analysis of Mickelson’s finances during the time he was embroiled in an insider trading case involving famed professional gambler Billy Walters.

Watch every round of The 150th Open Championship EXCLUSIVELY LIVE on FOX SPORTS available on both Kayo & Foxtel 15-18 July 2022. Get Kayo or Foxtel now.

As reported byThe New York Post, Mickelson wasn’t accused of wrongdoing in the case but was ordered to pay back about $1 million in stock gains based on his tip from Walters, who was fined $10 million and sentenced to five years in prison.

While Mickelson was making $40 million per year during those years of gambling losses — which occurred around the peak of his career — Shipnuck did some back-of-the-envelope math to conclude that the habit might have cost him all or most of his money once his costs were accounted for.

“In those prime earning years, his income was estimated to be just north of $40 million a year,” Shipnuck wrote. “That’s an obscene amount of money, but once he paid his taxes (including the California tariffs he publicly railed against), he was left with, what, low-20s? Then he had to cover his plane and mansion(s), plus his agent, caddie, pilots, chef, personal trainer, swing coaches and sundry others.

“Throw in all the other expenses of a big life — like an actual T. Rex skull for a birthday present — and that leaves, what, $10 million? Per the government audit, that’s roughly how much Mickelson averaged in annual gambling losses. And we don’t know what we don’t know.

“In other words, it’s quite possible he was barely breaking even, or maybe even in the red. And Mickelson’s income dropped considerably during his winless years from 2014 to ’17.”

Shipnuck points out that disputes over hundreds of thousands of dollars in back pay were at the heart of Mickelson’s split from longtime caddie Jim “Bones” Mackay in 2017, and posits that the “real motivation” behind Mickelson’s exuberance over the Saudi Golf League was the “funny money” the upstart league was offering golfers to defect from the PGA Tour — potentially due to depleted finances from Mickelson’s gambling losses.

The Saudi Golf League, backed by the Saudi government and fronted by Greg Norman, has promised players massive money and guaranteed appearance fees for fewer tournaments than they play on the PGA Tour. However, the PGA Tour has threatened to ban any player who participates in the upstart, making the prospect of double-dipping very risky.

It was Shipnuck to whom Mickelson made the comments downplaying human rights concerns about Saudi Arabia, a week after he raked the PGA Tour over the coals for having “obnoxious greed” and not properly innovating with their media coverage.

Mickelson has, by and large, disappeared since the controversy, and it remains unclear as to whether he will defend his improbable 2021 PGA Championship at the major later this month.

— This story originally appeared on nypost.com and has been republished with permission