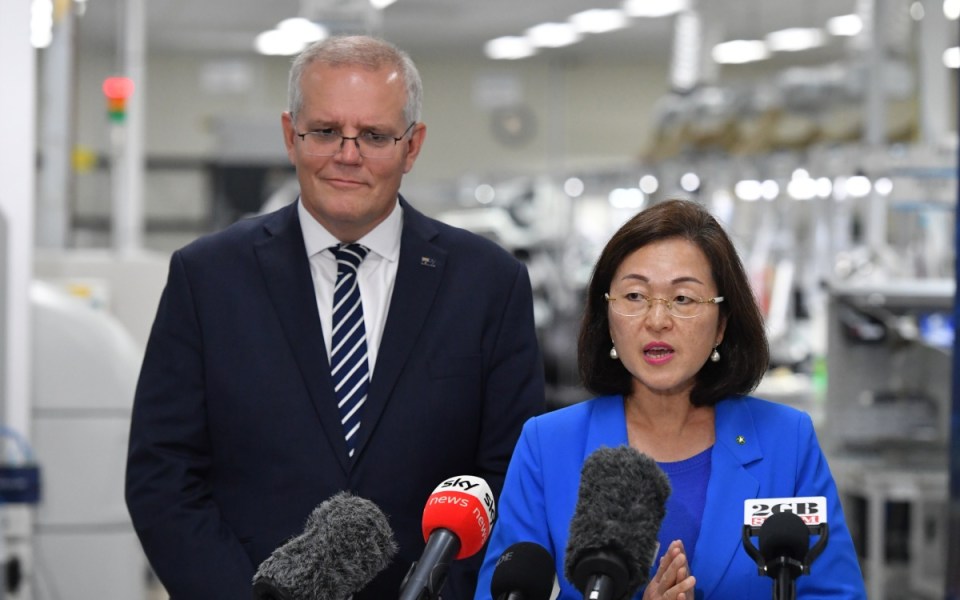 Prime Minister Scott Morrison has executed an extraordinary campaign pivot, just over a week out from the May 21 election day.

Campaigning in the marginal Liberal-held seat of Chisholm in Melbourne on Friday, Mr Morrison conceded his leadership style had to change.

“Over the last three years and particularly the last two, what Australians have needed from me going through this pandemic has been strength and resilience,” he said.

“I admit that hasn’t enabled Australians to see a lot of other gears in the way I work. And I know Australians know that I can be a bit of a bulldozer when it comes to some issues.”

Polls point to a Labor victory at the federal election – with one of the opposition’s themes throughout the campaign to attack Mr Morrison’s character.

But Mr Morrison said his “strength and determination” had been necessary to achieve his government’s goals, including on security and trade.

“You’ve got to be pretty determined to be able to land those sorts of things,” he said.

“But as we go into this next period on the other side of this election, I know there are things that are going to have to change with the way I do things. Because we are moving into a different time.”

Mr Morrison’s preferred prime minister status peaked in February 2021 at 61 per cent and is now at 44 per cent, according to Newspoll.

Focus groups have revealed part of his unpopularity stems from his refusal to take responsibility, always going on the attack and the belief that three more years would result in “more of the same”.

Coalition members have continually run the line that the election isn’t a “popularity contest”.

“This is actually a contest around whose best place to be able to manage the economy to make sure it’s strong,” campaign spokeswoman Anne Ruston told the ABC on Friday when asked about Mr Morrison’s popularity.

“[It’s] a very choice between a very strong Prime Minister with a very strong plan. … as opposed to (Labor leader Anthony Albanese) who clearly doesn’t understand the policies that have been put out there by his own party.”

Labor continues to argue Mr Morrison is someone who doesn’t accept responsibility and always seeks to blame others.

“He’s saying that because the Australian people are onto this bloke. They don’t trust him. They know that he is trying to get through an election campaign without a single positive agenda for a fourth term,” he said.

“We are now just eight days out from polling day and all this bloke has is fear and smears. Fear about the alternative government. No plan for the future.”

Mr Albanese said the Coalition had been in power for nearly a decade, including nearly four with Mr Morrison as PM.

Mr Morrison was in Melbourne with Chisholm MP Gladys Liu on Friday, promising to secure modern manufacturing and supply chains in Australia.

It includes $15 million for a monitoring support mechanism to help predict future shocks to the system.

But his campaign event was gatecrashed again, this time by a man impersonating North Korean leader Kim Jong-un.

The man, who refused to reveal his name despite being asked repeatedly, reportedly pushed his way into the event after Mr Morrison’s media briefing had finished.

“Thank you for supporting Gladys Liu. If you want the Communist Party to control Australia vote Liberal,” he said.

The man tried to approach Ms Liu, but she was whisked away by security into a car. He was later spoken to by Victoria Police.

It followed claims on Thursday that Trevor Sofield, a former Australian high commissioner to the Solomon Islands, was “mishandled” by Mr Morrison’s security when he tried to confront the Prime Minister in northern Tasmania.

A scuffle broke out, with the 78-year-old being physically dragged by the elbow off the property by Mr Morrison’s security. At the same time, the Prime Minister was bundled into a waiting vehicle and driven away.

On Friday, Mr Morrison defended the actions of his minders.

“In this job, it’s very important to follow protocols in relation to matters of that nature,” he said.

“I follow their protocols and do that on each occasion and I don’t question it.”

He said he learned only later who Professor Sofield was.

Mr Albanese was in Cairns on Friday, in the seat of Leichhardt, to announce extra funding to save the Great Barrier Reef.