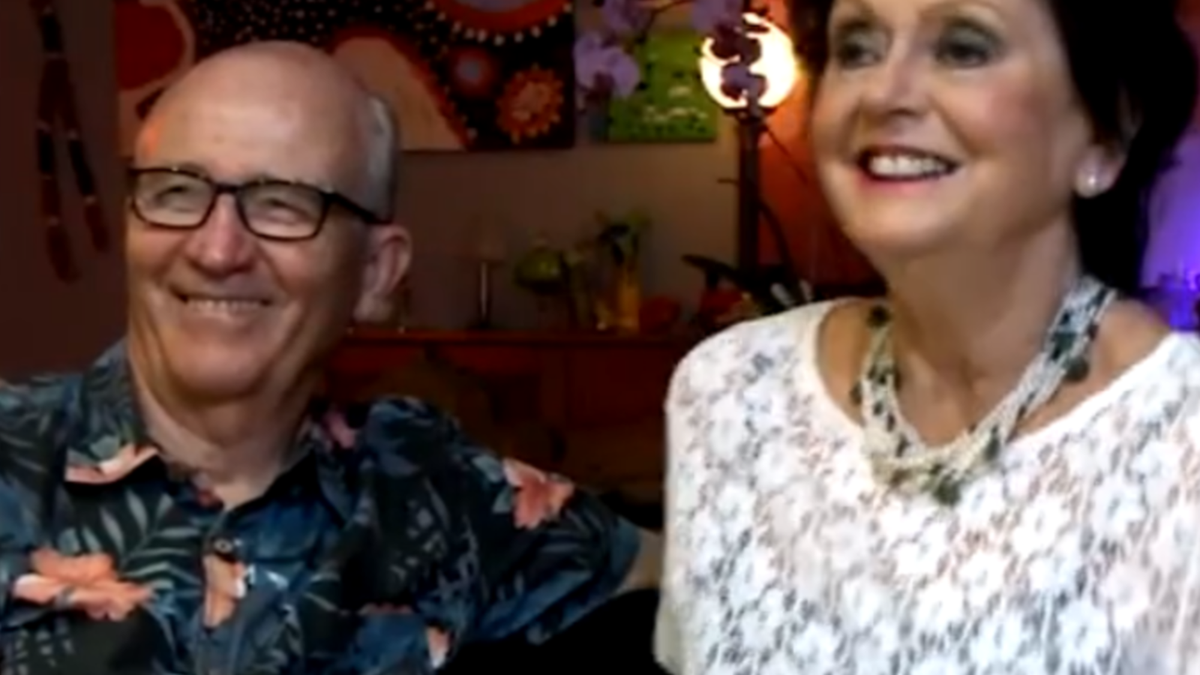 Gogglebox Australia star Di Kershaw decided to stop treatment for stomach cancer because she didn’t want her family to see her deteriorate, her bereaved husband Mick has revealed.

The 76-year-old Gogglebox commentator, who appeared on the show with her 80-year-old husband, died last Friday.

WATCH THE VIDEO ABOVE: Di Kershaw on Gogglebox

She was diagnosed with stomach cancer three months ago but decided to “end it earlier rather than later,” Mick told The Daily Mail.

Di was diagnosed with cancer after she began having difficulty keeping food down.

She spent nine weeks at St Vincent’s Hospital and her last fortnight at the Sacred Heart Hospice.

“The cancer spread and was inoperable,” Mick told the publication.

“The only alternative to that was chemo or radiation but she was far too weak to be put through that.

“She would have hated to sit around here for six months being incapacitated.

“So she made the decision to end it earlier rather than later.”

Di requested to stop being fed through her intravenous tube.

She spent her final days surrounded by her family.

The family has been deeply moved by the outpouring of grief and love for Di after her death was announced.

“The kids and I were kind of overwhelmed with the response,” Mick said.

“We knew Di was liked on the show but I don’t think the kids and myself just realised to what extent.”

“We are unbelievably saddened to hear of the passing of Di Kershaw,” the statement read.

“For the past eight years we were privileged to have her luminescent character make us chuckle with her sardonic wit, crackling laugh and her impeccable style on Gogglebox.

“From everyone at FOXTEL, Network 10, and Endemol Shine Australia we extend our condolences and love to husband Mick and the rest of the family.

“Thank you for letting us share the warmth, humour and heart of your wife, mother, and grandmother.”

Miranda Kerr opens up on split from Orlando Bloom: ‘I didn’t believe in love anymore’

The statement concluded with a fitting footnote.

“Di would always sign off correspondence with ‘Pleasure Treasure’, but the pleasure was all ours and we will treasure it forever,” it ended.

Viewers and fans also took to social media to express their sadness.

“I’m really sad to hear of the passing of Di Kershaw from #GoggleboxAU,” one person wrote.

“Her observations always made me laugh, both for their truth and acidity.

“Sending warm thoughts to Mick and their family.”

“Her hilarious snark, delightful sass, and killer sarcasm made her an icon,” wrote another.

“Gone but not forgotten.”

Mick said he would not be appearing on the show without Di, to whom he’d been married for 60 years.