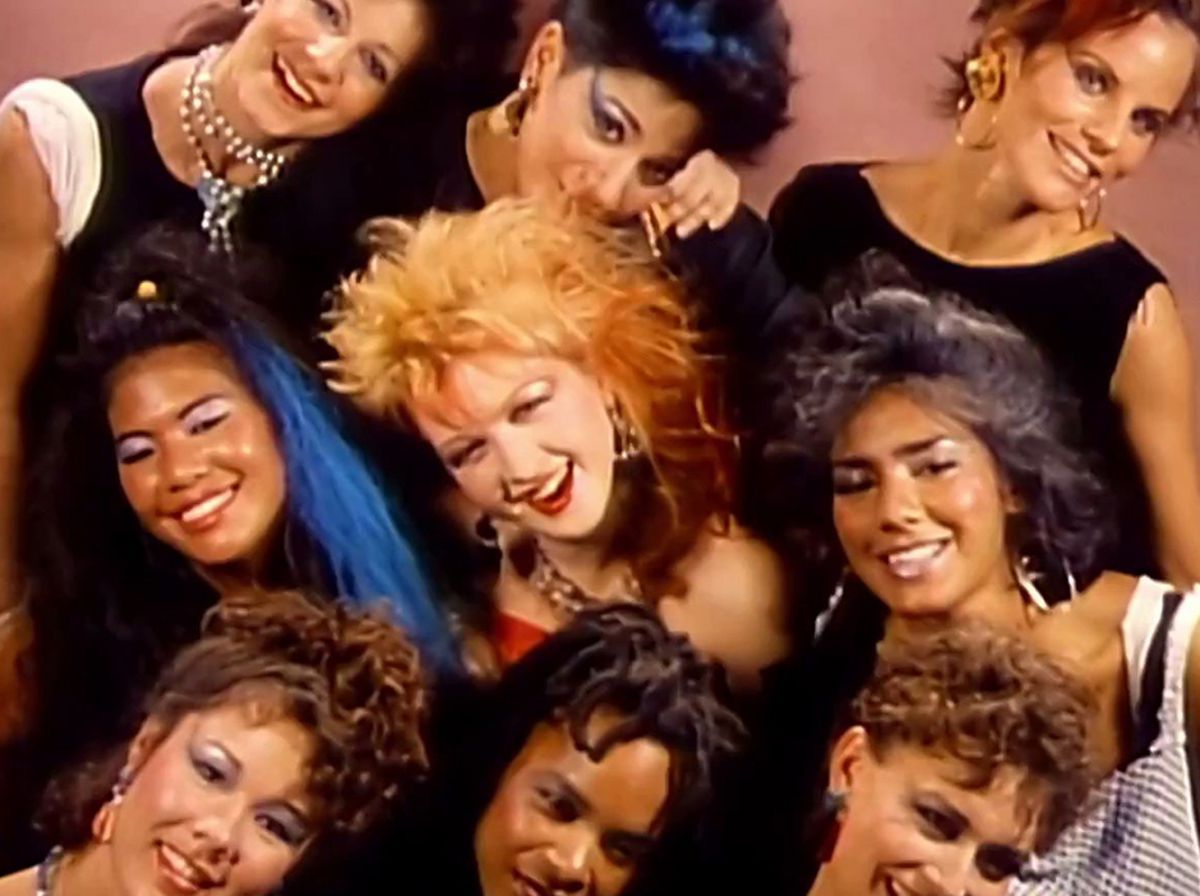 Thirty-nine years after its release, and 13 years after the video appeared on YouTube, Girls Just Want to Have Fun has made history. A week ago, Cyndi Lauper’s debut single reached the billion-views mark on the video-sharing platform, becoming the fifth song from the 1980s and the first one sung by a woman to achieve the historic milestone.

Now 68, the artist from Brooklyn is celebrating the latest success of a song that brought her world fame. There have been endless cover versions of the 1983 smash hit, which is still often heard in karaoke bars, ads, movies and Instagram videos (even Britney Spears recently used it on her own social media). But its staying power and enduring relevance cannot be understood without acknowledging its role as the unofficial soundtrack of the new feminist wave.

“A lot of people don’t realize this, but ‘Girls’ is really a political song,” said Lauper in a statement. “When I got my feminist hands on it, I knew I wanted to make it into an anthem for all women.” Although it was she who made the song wildly popular, the original songwriter was Robert Hazard, who wrote it in 1979 from a male point of view. It was the story of a young man who apologizes to his parents for being so promiscuous, but blaming women who “just want to have fun” with him. When Lauper was offered a chance to include the song in her debut album, She’s So Unusual, she accepted on condition that she would be allowed to change the protagonist’s gender and to rewrite several lines to eliminate the sexist overtones.

“The act of changing its meaning seems quite revolutionary to me, because in Hazard’s version it was a reproach,” explains the culture reporter Elena Cabrera. “In just one line, the song condenses a truth that we might feel ashamed to admit, given our responsibility-laden lives. We girls have to care for others, study, earn money, be responsible and always be proving it to the outside world. And then along comes Cyndi Lauper and she says ‘no, you and I know that what we really want is to have fun, and we’re going to allow ourselves to have it.’”

Even though back in the day many people reduced the song to a mere vindication of female sexual freedom, the singer has since defended that her vision went far beyond that. “It doesn’t mean that girls just want to fuck,” Lauper explained to The Atlantic in 2014. “It just means that girls want to have the same damn experience that any man could have.”

The message was encapsulated in lines such as “Some boys take a beautiful girl / And hide her away from the rest of the world / I want to be the one to walk in the sun / Oh girls, they want to have fun.” It is for this reason that the song has become an unofficial anthem for the latest wave of the women’s rights movement, and it’s quite common to see the title paraphrased in posters: “Girls Just Wanna Have Fun-damental Rights.”

Before the track hit the billion-views mark on YouTube, four other 1980s hits had reached the milestone: Sweet Child O’ Mine by Guns N’ Roses, Take on Me by A-ha, Billie Jean by Michael Jackson and Never Gonna Give You Up by Rick Astley. Although Lauper’s song is also successful on music platforms such as Spotify (where it has been streamed over 600 million times), the music video’s influence has been key throughout these four decades. It was also one of the first to include actresses from various ethnic backgrounds. “The one thing I really wanted was to have multi-racial girls so that every little girl could actually see herself in it, and it would be kind of contagious that everyone was entitled – no matter what race or color or anything – you were entitled to this joyful experience,“ she told The Atlantic.

Elena Cabrera agrees that the music video was an essential element in keeping the track alive in the public imagination. She underscores three fundamental aspects. “First we have her response to archetypal parents: her mother – played by Cyndi’s real mother – is seen cracking eggs in the kitchen, looking bitter, and her father is busy preaching moralistic sermons. Later she is seen owning the streets, the public space, with her friends, as a group, safe and strong despite people’s looks. And finally, there is the bedroom as a sacred place where anything can happen, and that outside world that’s been recently conquered is a metaphor for opening up to the world. All this happens thanks to fun, to music, to happiness and partying,” she says.

The impact on pop culture of Girls Just Want To Have Fun is too deep to gauge. Two years after its release, it was made into a movie featuring three future stars: Sarah Jessica Parker, Shannen Doherty and Helen Hunt, and the list of singers who have come up with their own cover version of the song includes Miley Cyrus, Katy Perry and The Killers. The hashtag #girlsjustwannahavefun has been used millions of times on Instagram, and it is hard to find a talent show without at least one candidate who picks Lauper’s smash hit to try to wow the judges. The track’s influence on new songs with feminist spirit has been underscored by journalists such as Emma Green. “It helped set a template for how future stars would sing about social issues,” she wrote in her interview with Lauper for The Atlantic.

As for Cabrera, she feels that the song is even more relevant today than it was back in the 1980s. “In 1983 there was this predominant idea of fun, of carefree aesthetics, of music and dance as a channel for liberation,” she says. “I think that the great struggles by women, minorities and youth have represented a very heavy load of responsibility, and it’s very important to democratize fun, good living and happiness.”