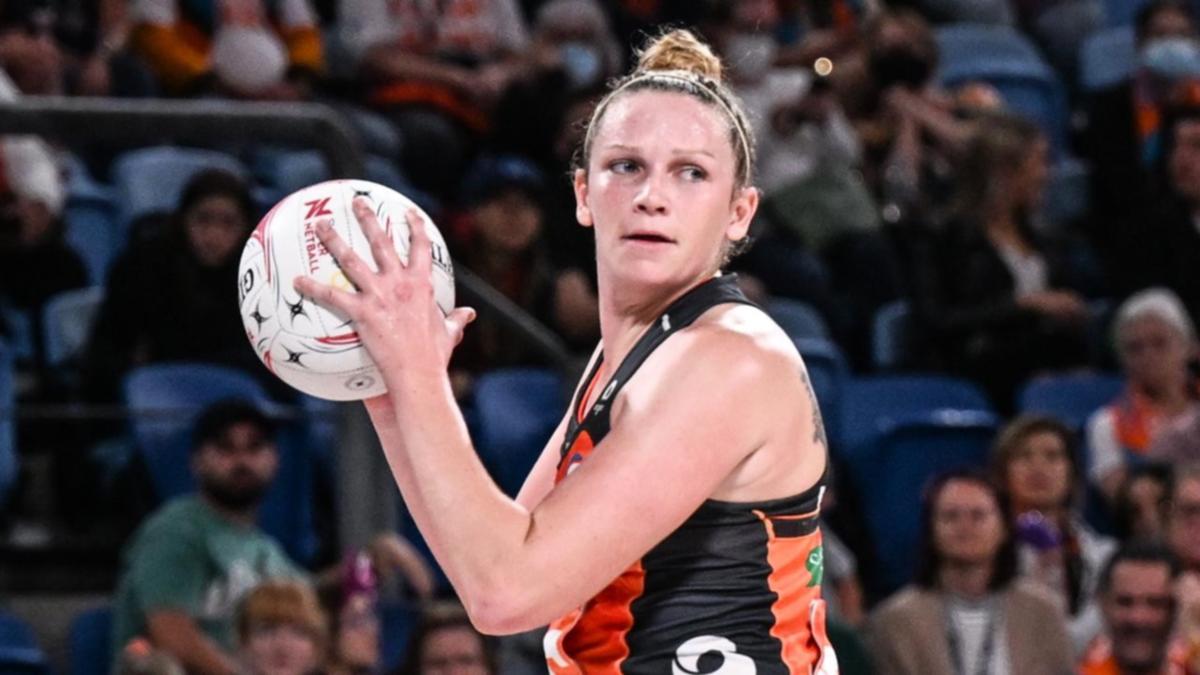 The Giants have romped to their second win of the Super Netball season, outgunning an undermanned Collingwood Magpies outfit 76-61 thanks to stellar performances from attacking duo Jo Harten and Sophie Dwyer.

The Magpies opened Saturday night’s contest at Ken Rosewall Arena with four of the first five goals but the home side quickly surged to the front and were never headed with the Harten-Dwyer combination shooting at 96 per cent goal accuracy.

Harten finished with 50 points at 100 per cent accuracy, including a pair of super shots, to capitalise on the absence of Collingwood’s experienced defender Geva Mentor while Dwyer added 23-of-26 shots to go with 19 goal assists.

“I think we’ve been building the last couple of weeks, I’ve been a bit disappointed with how I’ve been playing, so we really brought the intensity from the start – that was the main focus for us,” Dwyer said as the Giants continue to grow after a COVID-disrupted start to the season.

Collingwood’s chances of building on their drought-breaking 10-point win over Sunshine Coast Lightning in midweek were rocked when Mentor and Molly Jovic joined attackers Sophie Garbin and Gabi Sinclair on the sidelines due to COVID-19 health and safety protocols.

While coach Nicole Richardson was pleased with her depleted squad’s effort in what she described as ‘a crazy week’, the result leaves the Magpies stranded on the bottom of the ladder with a 1-4 record.

“I was really proud of the performance that the girls put out tonight considering the position that we’ve been in,” Richardson told Fox Netball after the loss.

“To have four of your top-line players out makes it really difficult, but I was really pleased with the fight that the girls put up.

“We were only seven down at halftime and, you know, we had some opportunities to get a little bit closer, but weren’t able to finish it off there.”

The home side charged ahead 21-13 after Dwyer and Harten each sank a super shot in the dying seconds of the first period then extended their advantage to 10 points during the second quarter.

Nelson’s aerial dominance helped the visitors to win the second quarter 18-16 to remain in touch at halftime but the Giants held firm, closing the night with eight of the last 10 goals.