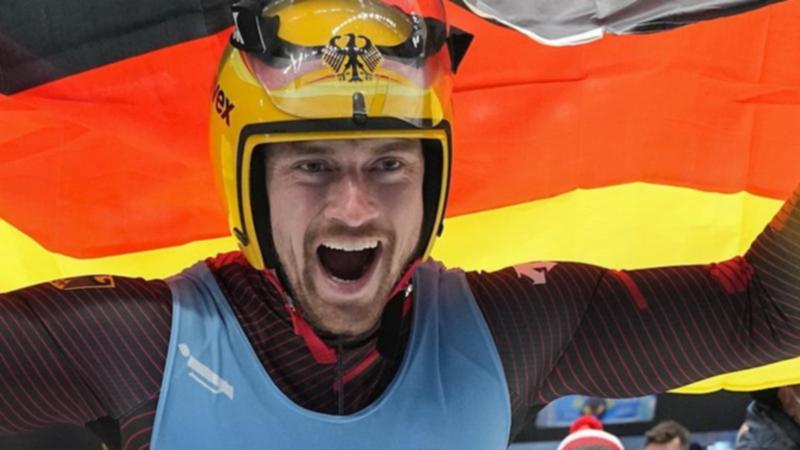 Ludwig, 35, set a track record in the first run on Saturday and shocked all rivals by improving it Sunday as the first man out in the third run en route to victory on the demanding 1,583-metres course which includes a full 360 degree turn.

He clinched Germany’s 11th Olympic luge gold in 16 men’s singles events over the years, and a 35th overall in the sport, in 3 minutes 48.735 seconds.

Former world champion Wolfgang Kindl, of Austria, had trailed by only four hundredths of a second overnight but was 0.160 back in the end for silver, his first Olympic medal.

Italy’s Dominik Fischnaller took bronze, almost a second behind the winner, after just missing the podium in fourth in Pyeongchang 2018.

Ludwig’s gold is his first big title on his own after 2018 Olympic gold and two world titles in the team event. He also earned men’s bronze at the 2013 worlds and 2018 Games.

This season, he has been brilliant from the outset, winning the World Cup and Olympic test event on the Yanqing track in November and four more to clinch the World Cup title.

Saba Kumaritashvili, the cousin of Nodar Kumartashvili – the slider from the former Soviet republic of Georgia who died in a training accident hours before the 2010 Vancouver Games officially opened – was 31st.

He crossed the finish line, smiled broadly and pumped his fists in celebration.