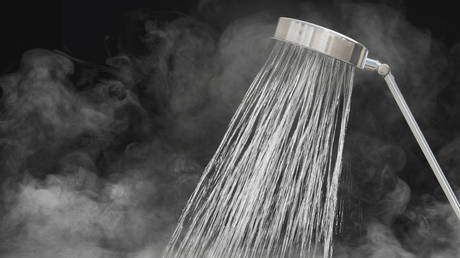 Gerhard Schroeder said that Germany needs Russian energy, and can’t afford to break away from Moscow

Hounded by the international media and hated in his home city for his close ties to Russia, former German Chancellor Gerhard Schroeder insists that Germany needs Russia’s vast energy supplies to maintain its industrial power.

As Germany’s leaders distance themselves from calls to embargo Russian oil and gas imports, the New York Times published an interview on Saturday with Gerhard Schroeder, the country’s former chancellor who oversaw the construction of the first Russia-Germany Nord Stream pipeline and went on to advise multiple Russian energy companies.

Schroeder, who remains personally close to Russian President Vladimir Putin, has faced scathing criticism at home for his role in fostering Germany’s dependence on Russian gas (although his successor, Angela Merkel, refused to lessen that reliance). His favorite soccer team, Borussia Dortmund, demanded he condemn Putin, his former colleagues in the Social Democratic Party have called for his expulsion, and he relinquished his honorary citizenship of his home city of Hannover, before the city could strip him of it.

The last former German leader to have his honorary citizenship of Hannover stripped was Adolf Hitler, the Times reported.

You can’t isolate a country like Russia in the long run, neither politically nor economically

He is not alone in that view. While Merkel defied threats of sanction from the US and pushed ahead with the Nord Stream 2 pipeline, the current SPD-led government axed the almost-completed project within days of Russia’s offensive against Ukraine. With that same government pressing ahead with closing Germany’s three remaining nuclear plants, leaders in Berlin are realizing that without Russian energy, Germany’s economy could collapse.

“I don’t see at all that a gas embargo would end the war,” Chancellor Olaf Scholz told the German weekly Der Spiegel on Friday. “We want to avoid a dramatic economic crisis, the loss of millions of jobs and factories that would never open again. That would have serious consequences for our country, for the whole of Europe, and it would also severely affect the financing of Ukraine’s reconstruction.”

German industrialists have taken a similar position. BASF, the world’s largest chemicals firm, warned several weeks ago that it would halt production if gas imports from Russia were interrupted. The head of the Federation of German Industries has also stated that a gas embargo would lead to the “virtual breakdown of our industrial networks.”

Gas is often the most talked-about commodity when it comes to Berlin’s energy relationship with Moscow, given the fact that Germany imports more than half of its natural gas from Russia. However, Germany also counts on Russia to deliver more than a third of its imported oil, and the EU is currently closing in on banning this vital import, albeit amid protest from Germany.

“A third of our oil imports come from Russia,” Foreign Minister Annalena Baerbock told the video channel of the newspaper Bild last month. “If we stopped these straight away, then tomorrow we would not be able to move in Germany anymore.” However, she has since modified her position to support a phased oil and gas ban.

With the German government telling citizens to lower their thermostats and take shorter showers to somehow punish Putin, Schroeder insisted to the Times that a full energy embargo “won’t happen.”

“When this war is over,” he concluded, “we will have to go back to dealing with Russia. We always do.”