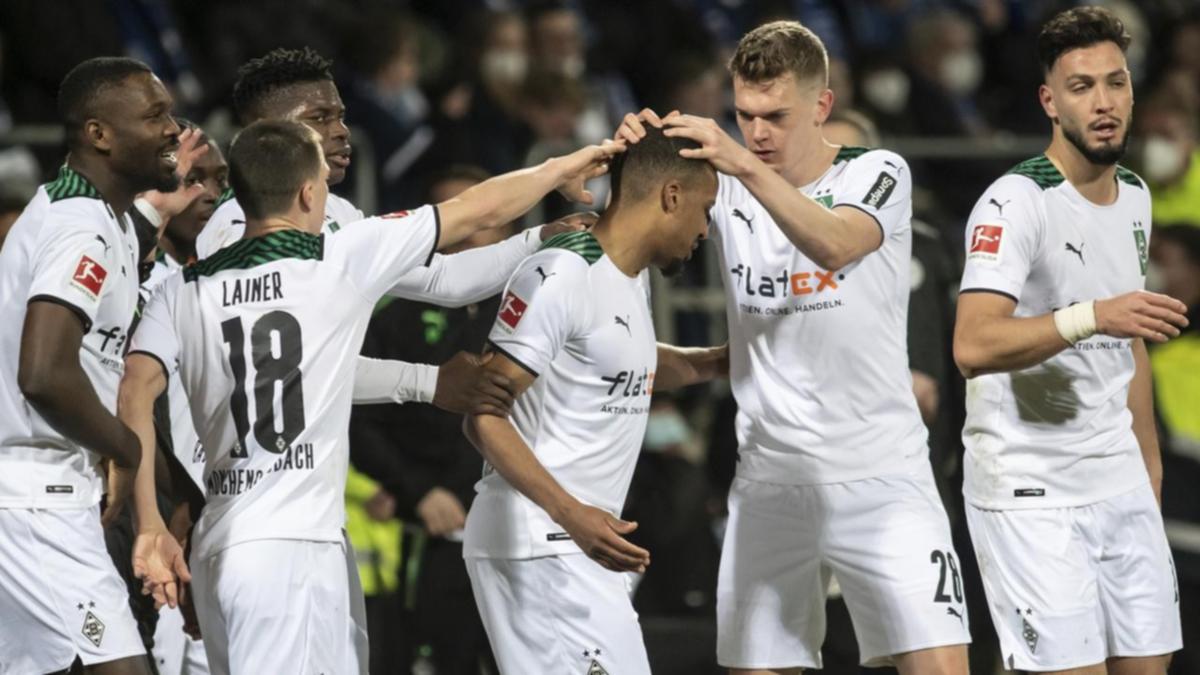 The Bundesliga match between Bochum and Borussia Monchengladbach on Friday was abandoned in the 70th minute after a linesman was hit by a plastic cup thrown from the stands.

Gladbach were leading 2-0 from Alassane Plea in the 55th and Breel Embolo in the 61st minute at the time.

Assistant referee Christian Gittelmann was hit by the cup in the back of his head and briefly knelt on the ground before being led away by referee Benjamin Cortus and into the dressing room.

Furious Bochum players argued with the fans before also leaving the pitch along with the visitors.

It was not clear at first whether the game would be restarted or not and the stadium announcer said it was interrupted.

After some 20 minutes the announcement was made the game would not restart.

Gladbach are likely to be declared winners by the German Football Federation (DFB).