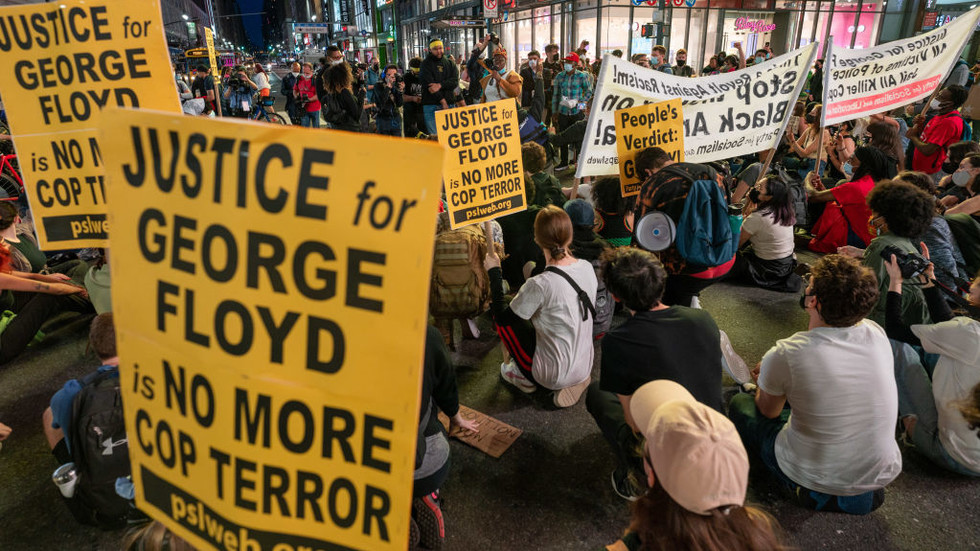 Judge accepts plea deal in federal civil-rights case against Derek Chauvin, who was convicted of murder in state court

Derek Chauvin, the former Minneapolis police officer who was convicted of killing George Floyd in an incident that triggered race riots across the US in 2020, has been spared the death penalty on federal civil-rights charges after a judge accepted his plea agreement.

US District Court Judge Paul Magnuson approved Chauvin’s December plea deal on Wednesday, confirming that the ex-officer will be sentenced to 20-25 years in prison. Chauvin could have faced a life sentence or even the death penalty – though the latter was considered unlikely – if he had been convicted at trial.

Magnuson hasn’t set a sentencing date for Chauvin, who infamously kneeled on the back of Floyd’s neck for more than eight minutes. The 19-year veteran of the Minneapolis Police Department was convicted of murder and manslaughter charges last year in state court and was sentenced to 22 ½ years in prison.


In the federal case against him, Chauvin pleaded guilty in December to deprivation of civil rights under color of law. He reportedly entered his plea, foregoing a trial, under the condition that he will serve his time in federal prison, rather than a state penitentiary, even though that will likely mean a longer time behind bars. Federal prisons tend to be less crowded and safer than state prisons in the US.

Chauvin will serve his state and federal sentences concurrently, meaning he won’t have to start over on one after finishing the other. The 46-year-old could have been paroled in Minnesota after less than 15 years, assuming maximum credits for good behavior, while his federal plea deal reportedly dictates that he be incarcerated for at least 17 years.

Ben Crump, a lawyer representing Floyd’s family, had called for Chauvin to get the maximum sentence in his federal civil rights case.