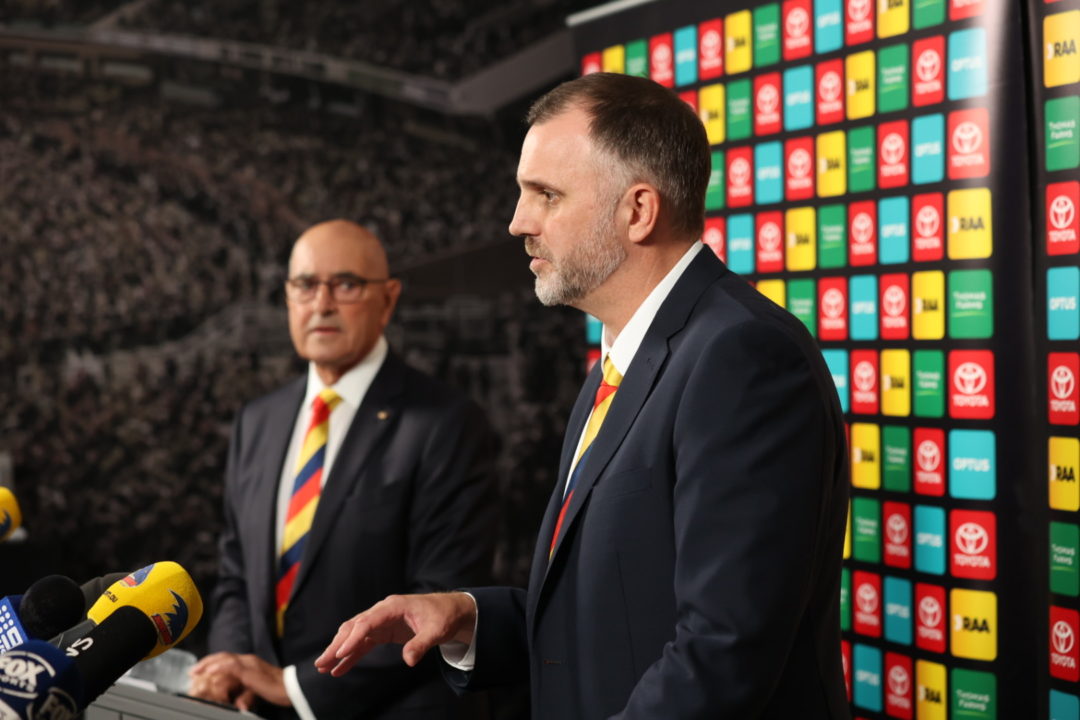 The pre-election pledge prompted accusations of hypocrisy from then-Treasurer Rob Lucas, who rejected the Crows’ bid in favour of Victorian-based developer MAB Corporation, insisting there was “no other reasonable decision that could have or should have been taken by me as the responsible minister when I saw the evaluation” by Renewal SA.

It’s understood Crows officials are scheduled to meet with incoming Planning Minister Nick Champion next week, although chairman John Olsen was tight-lipped when asked by InDaily whether that suggested there was renewed hope for the club’s Brompton bid.

“I don’t want to make any comment on it,” he said.

“They’ve given us the courtesy of reaching out to tee up a meeting when convenient – after that we might be in a position to make some comment.”

The Crows have shifted their sights to other locations since Lucas’s snub – including working with West Torrens council on a potential shift to Thebarton Oval – with Olsen consistently stating that the club would “scrutinise all options on the table [and] the decision at the end of the day will be what’s in the best interest of the club”.

Insiders have told InDaily the points-based judging criteria that awarded exclusive negotiation rights to MAB “wasn’t even close”, both as an aggregate score and “in each of the individual categories”.

Liberal insiders have suggested any move to overturn the recommendation of the Renewal SA board would rob any subsequent process of legitimacy, and likely dissuade other serious contenders from bidding – with one raising the spectre of the previous Labor government’s controversial Gillman land sale.

Lucas did not comment today but has previously argued: “What sort of message does it send to interstate and international investors that a possible Labor government would be willing to tear up a contract on a whim?”

The Government has not responded to requests for comment, or clarified what answers it has sought from Renewal SA about the bid process and the criteria under which the submissions were judged.

Now-Treasurer Stephen Mullighan said before the election: “The details of the Crows’ proposal look exceptional and I can understand widespread community disappointment that their proposal was rejected.”

MAB’s plan for the 5.81 hectare site includes a $459 million capital spend – compared to the Crows’ $270 million – with a “masterplanned village made up of 207 townhouses, 305 market sale apartments, 120 Nightingale Housing zero-carbon affordable apartments and up to 200 build-to-rent and aged care dwellings”, along with a 120-room hotel and commercial and retail precinct.

The Crows’ plan, however, incorporated 57 per cent open space, compared with MAB’s 25 per cent.

However, it’s understood MAB’s commitment to site remediation also swung the decision in its favour.