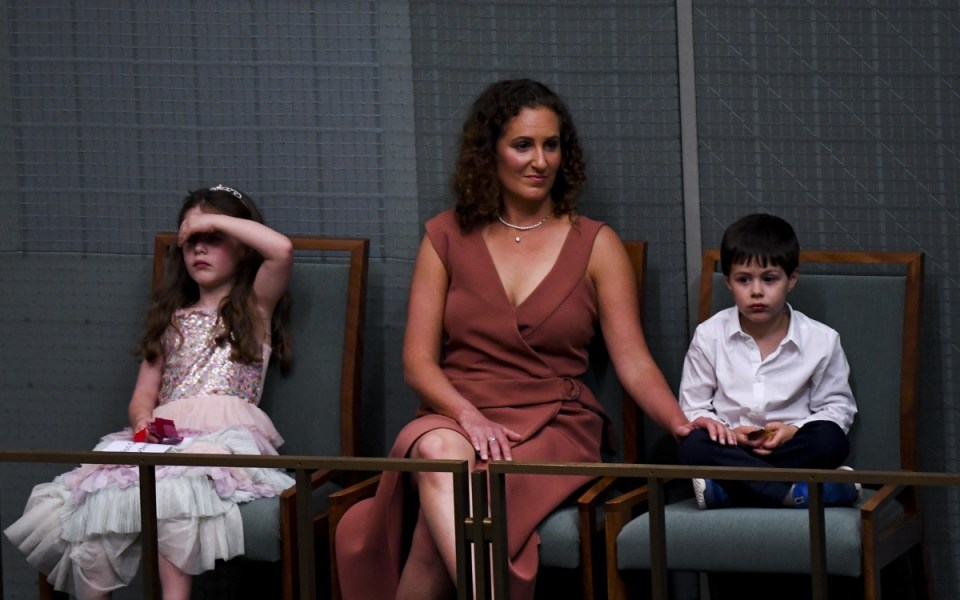 Federal Treasurer Josh Frydenberg has revealed the astonishing amount his kids get from the tooth fairy.

Mr Frydenberg, a father of two, raised the topic at a Victorian Chamber of Commerce and Industry breakfast on Friday morning.

While discussing his morning routine, he revealed the tooth fairy leaves much more than the traditional gold coin when she visits his Melbourne household.

“The day started just after five this morning. We’ve got an exercise bike at home, so I jumped on that, only to be interrupted by my son,” he said.

“He lost his first tooth the day before, and the tooth fairy had left $20.”

The generous amount prompted gasps and laughter from the audience.

“I’d like to be in your house!” Victorian Chamber of Commerce CEO Paul Guerra said.

Mr Frydenberg admitted that he received far less as a kid.

But it seems such generosity isn’t confined to one side of parliament. Shadow treasurer Jim Chalmers told the Nine newspapers on Friday that his own child also got $20 for their most recent tooth loss. Dr Chalmers said that compared to him being given $1 for his teeth as a child.

But the admissions did spark some raised eyebrows online, with some labelling the $20 handouts as “privileged”, “outrageous” and “out of touch”.

“That would buy my family a meal!” one person wrote on Twitter.

Mr Frydenberg and Dr Chalmers were certainly far less agreeable in their heated debate on Wednesday.

Dr Chalmers had accused the Treasurer of lying after he said Labor would “always tax more” than a Liberal government.

“The Treasurer has just lied to you,” a fired-up Dr Chalmers said.

“In every way that you measure tax in the budget, this government has taxed more than the last Labor government – that’s just a fact.”

Mr Frydenberg also squared up for another debate on Thursday – this time against his independent challenger for Kooyong, Monique Ryan.

Dr Ryan accused Mr Frydenberg of being “Treasurer for NSW” and being unaware of the strain placed on Victoria’s health system since the pandemic began.

“You weren’t here. Anyone who’s had experience of a Victorian public hospital in the past few years knows what it’s like because we have people dying in hospitals, on ramps and people waiting years for elective surgery,” she said.

“I’m not going to be insulted by that saying I’m the treasurer for NSW. I’m the member for Kooyong. I’m the Treasurer of Australia. And I have delivered economic support for Victoria, which is greater than any other state on a per-capita basis.”