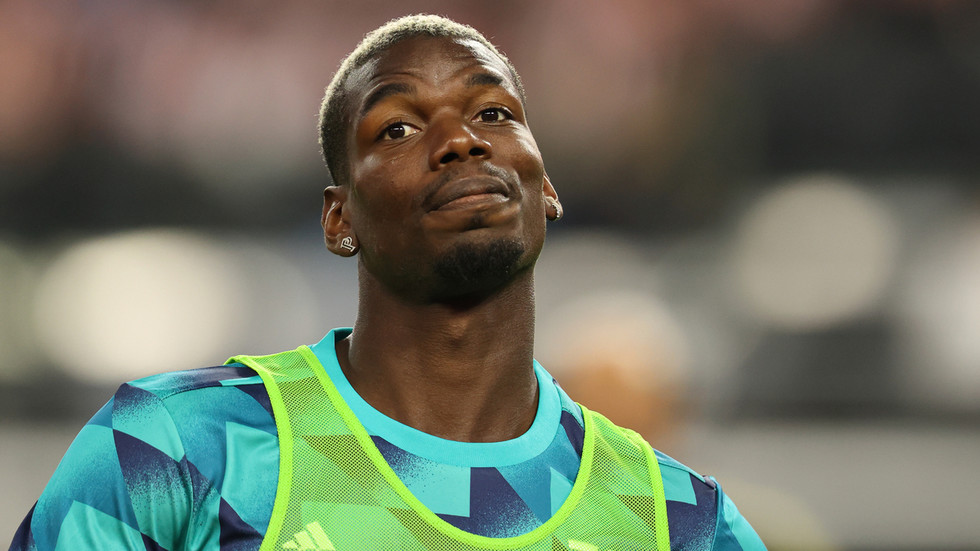 France and Juventus midfielder Paul Pogba could be ruled out for the rest of 2022 and therefore miss the upcoming World Cup, according to reports in Italy.

The 29-year-old has just rejoined Juventus on a free transfer from Manchester United for the second time in his career after an unflattering six-year tenure in England.

At Old Trafford, Pogba failed to live up to his billing as the world’s most expensive player in 2016 until Paris Saint-Germain smashed the transfer record for Neymar ahead of the following season.

Injuries also regularly hampered Pogba’s progress in the Premier League, and with 2022/2023 on the horizon, the playmaker has again picked up a knock that saw him limp out of a Los Angeles training session for Juventus with knee issues.

“Following complaining of pain in his right knee, Paul Pogba underwent radiological examinations that revealed a lesion of the lateral meniscus,” Juventus confirmed in a statement.

“In the next few hours he will undergo a specialist orthopaedic consultation. Therefore, in order to continue treatment, he is not taking part in the trip to Dallas,” it was added in reference to a 2-2 draw against Barcelona on Tuesday.

Worry in Italy, and likely France, over Paul Pogba’s injury. More serious than initially thought. Several options, but there’s a possibility he could be out until 2023.Player likely to favour alternative treatment to try and make World Cup. pic.twitter.com/GI9vHPnD6b

The Frenchman later flew back to Italy to see a specialist that found he had the lesion on his meniscus, and La Gazetta dello Sport has meanwhile claimed that he could be ruled out for the rest of 2022 as a consequence of the discovery.

Pogba is said to have two options ahead of him as per treatment, with one seeing a piece taken out of the meniscus which would lead to him being out for almost two months and therefore more capable of recovering full fitness in time to make Didier Deschamps’ Les Bleus squad for the World Cup in November.


That course of action is usually reserved for younger athletes, though, and the other avenue he could pursue in suturing the lesion could leave Pogba sidelined for four to five months which will prevent him from kicking a ball again this year.

Given that exits for Arthur Melo, Aaron Ramsey and Adrien Rabiot were all planned upon Pogba’s arrival, one or more of these players may have to stay put in Turin after all according to the Daily Mail.

Over at Eurosport Italy, they say that Rabiot may be the hardest to move on given his high wages, but Ramsey is willing to depart if he can hash out an agreement over payment for the last year of his contract while Arthur Melo is being linked to Valencia.