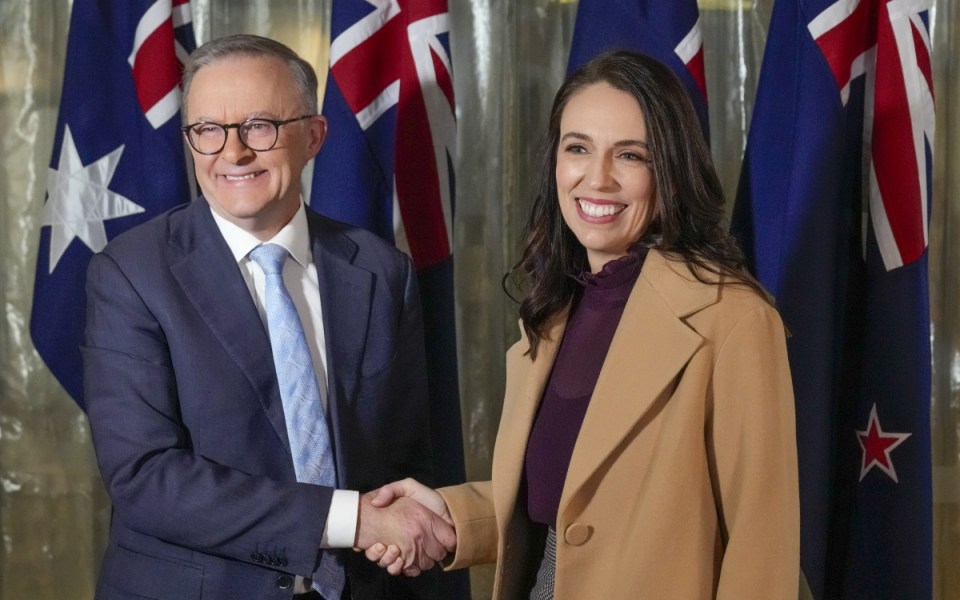 New Zealand Prime Minister Jacinda Ardern has described the new government in Australia as an opportunity for a reset between the two nations.

Speaking at a joint press conference with Australian Prime Minister Anthony Albanese, the pair said they were in lockstep on issues in the Pacific amid growing regional tensions.

It came as Mr Albanese flagged a potential softening on Australia’s policy of deporting criminals to New Zealand, after Ms Ardern again raised her nation’s concerns.

Ms Ardern is the first foreign leader to visit Mr Albanese since he was sworn in following the May 21 election.

She said the change of leadership represented a new opportunity to extend Australia and New Zealand relations, following policy differences with the previous government.

“I do see this as an opportunity for a reset because there were obviously some points of friction,” Ms Ardern said in Sydney on Friday.

“Just demonstrating that understanding of where that tension has come from and the fact there are areas where we can find some resolution – obviously there is some work to do, but in my mind, this does represent a reset.”

Mr Albanese said he was determined to work more closely with New Zealand on issues such as regional issues in the Pacific as well as climate change.

He said Australia had come “out of the naughty corner” after nine years of the previous government on climate action, which was apparent after speaking with world leaders.

“The Prime Minister and I are determined to take trans-Tasman relations to a new level, a new level of cooperation in the mutual interests of both of our nations,” Mr Albanese said.

“Together we face global challenges of a changing climate, economic headwinds, (and) more insecure regional circumstances.”

Among the issues New Zealand raised was the deportation of criminals from Australia to New Zealand, some of whom have no links there.

Ms Ardern said the issue had been mischaracterised in Australia.

“What we have simply asked is that there’s greater reciprocity. New Zealand, of course, deports individuals who have been in New Zealand for a short time and who have acted outside our expectations,” she said.

“There are some who are being deported from Australia who, for all intents and purposes, are Australian [with] often zero connection to New Zealand.”

Australia’s deportation policy disproportionately affects Kiwis because they have special rights to live and work in Australia. Ms Ardern has called it a “significant issue”.

Mr Albanese said it would be worked through in an orderly way, describing Ms Ardern as having forceful views on the issue.

“What’s clear is that if people look at some of the cases that have been held, it’s not surprising that the Prime Minister would make the strong representations that she had,” he said.

“I would be if I was in the same position.”

The issue will be discussed during a ministerial and leaders’ meeting next month.

Both leaders pledged to cooperate closely on issues in the Pacific following the rise of China in the region.

“I very much look forward to working not just with New Zealand but our other Pacific partners on making sure that we defend national sovereignty,” Mr Albanese said.