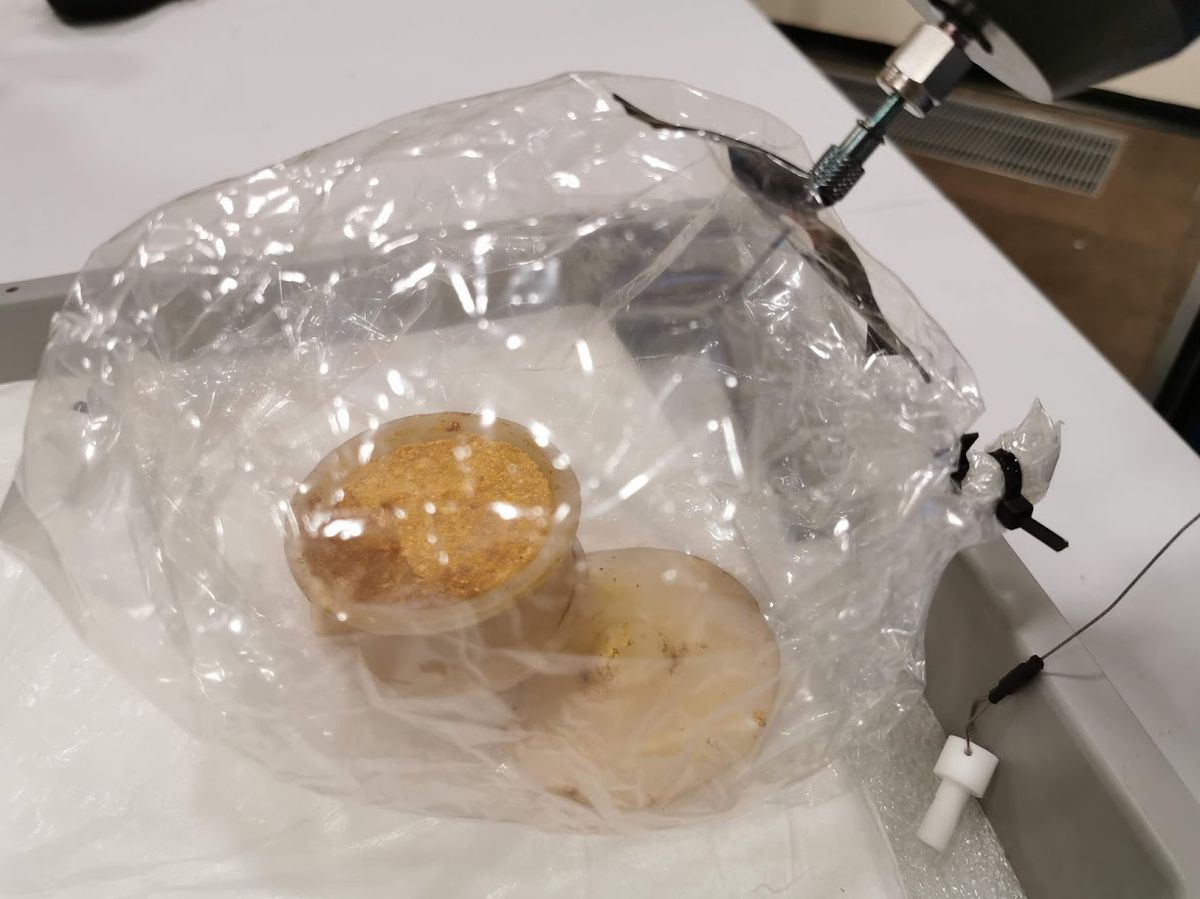 Ernesto Schiaparelli, the director of the Egyptian Museum in the Italian city of Turin, started his day on February 15, 1906, in the necropolis of Deir el-Medina, on the west bank of the Nile, just across from the modern-day city of Luxor. He had no idea of the treasure he was about to unearth. Hiding in the bowels of this site – the ancient village of the artisans who worked on the tombs in the Valley of the Kings – was the tomb of Kha and Merit, a noble couple who lived during the second half of the 18th dynasty, around 1450 and 1400 BC. And now that same site has helped revealed one of the secrets best kept of Ancient Egypt: what a tomb smells like.

Kha and Merit’s burial chamber would have become just one of many had it not been for the fact that a landslide left it completely sealed, blocking access to future looters and keeping it intact for almost 3,500 years, until the arrival of Schiaparelli’s team. Inside, the tomb was overflowing with more than 440 objects, including ceramic furniture, tools, metal bowls, fabrics and alabaster jars. Even today, the find continues to represent one of the biggest and most-complete non-royal burial assemblages ever unearthed in Egypt.

Aware of the technological limitations of his time, Schiaparelli made another decision that also helped preserve the treasure. Instead of launching an invasive investigation into the funerary items he had just found, the Italian archaeologist chose to limit his research to just a few objects that were not unique, thus leaving most of the find intact and ensuring its good state of conservation for future studies.

Today, a team of chemists and archaeologists has been able to analyze almost 50 vessels from Kha and Merit’s tomb to identify their contents. And they have achieved thanks to a very peculiar method: smell. The researchers, who conducted their study in 2019 and published the results a few weeks ago, examined by mass spectrometry the volatile compounds – that is, the odors – emitted by the organic materials of the chosen containers. This method enabled the investigators to identify the chemical nature of the materials and deduce their origin.

“The identification of the materials of the burial assemblage offers a unique possibility to complement, confirm and expand archaeological research on ancient rituals and on the use and purpose of archaeological vessels and jars,” says Jacopo La Nasa, a professor from Italy’s University of Pisa and one of the lead authors of the investigation.

A total of 46 objects from the tomb of Kha and Merit were selected for the study, including pilgrim jars, amphorae sealed with linen cloth, bowls with nuts and seeds, vessels with remains of rotten food and alabaster jars, some closed with lids. Then, La Nasa’s team isolated the chosen artifacts in hermetically sealed inert bags for a week in order to contain the volatile molecules that they would release. Finally, the team inserted the needle of a mass spectrometer inside each bag to analyze the odors emitted. All this, without even leaving the museum in Turin.

“The experimental design and the analytical approach that we use do not require taking samples of the investigated material, since SIFT mass spectrometry analyzes the volatile organic compounds released by the objects,” says La Nasa. “The analysis of the volatile molecules released [the odor] provides information on the chemical composition and the nature of the material that emits that odor, so that we can understand what materials were included in the burial assemblage without needing to take samples,” he adds.

In total, the team was able to deliver a solid result for two-thirds of the objects analyzed. For example, the molecules of some analyzed amphorae and vessels presented characteristics typical of dried fish, combined, in some cases, with the presence of an aromatic vegetable resin – a result consistent with the importance of this food in the diet of the ancient Egyptians, they explain in the study.

Also, some cups and bowls had scent profiles that corresponded to fruits and plants, which explains the fruity aroma inside their display cases in the museum, although their markers were not specific enough to determine which specific fruits they contained. In an amphora, it was also possible to identify elements of barley flour, which was commonly used in Ancient Egypt to make beer, another staple of their diet. And in other containers, elements typical of oils, vegetable fats and beeswax were detected, all of which were frequent at the time.

“Although we were aware of the potentialities of the analytical approach, the analysis allowed us to detect some chemical species that we did not expect, such as those that can be correlated with the degradation of barley or fish,” says La Nasa, noting that it was not always easy to determine the original product. “The main challenge is that the odor emitted by aged archaeological materials is different from that of native substances. Aged reference materials and degradation studies are needed to address the chemical analysis of ancient organic material residues,” he explains.

With their study, La Nasa’s team has also expanded the research on smell in the context of culture, which has been developing over the past two decades in fields such as anthropology, but remains a recent trend in archaeology despite the possibilities it offers, explains Cecilia Bembibre, professor at the Institute for Sustainable Heritage at University College London.

“It’s new information about Ancient Egypt, and it’s very valuable,” says Bembibre. “[This study] allows us to understand the function of certain objects, depending on what they kept, and of course open up, beyond their function, the role they had in society, the type of diet [or] the type of cosmetics, ” she adds.

Over time, this new information can also contribute to making museums more dynamic spaces. “We are used to connecting to heritage primarily with the sense of sight, with the eyes,” says Bembibre. “Opening this multisensory, olfactory dimension makes the experience of visiting a museum more similar to how we experience the world, which is with five senses.”

According to La Nasa points, studies such as the one on Kha and Merit’s tomb are key to achieving this kind of sensory experience. “The modern odor of the collection does not give an adequate idea of the magnificence of the original odor of the tomb, since most of the molecules that can be used for the characterization of the material are not comparable,” he points out. “So the information obtained in this study can be very useful in recreating the atmosphere of the ancient tomb. This will enrich the story of exhibits.”