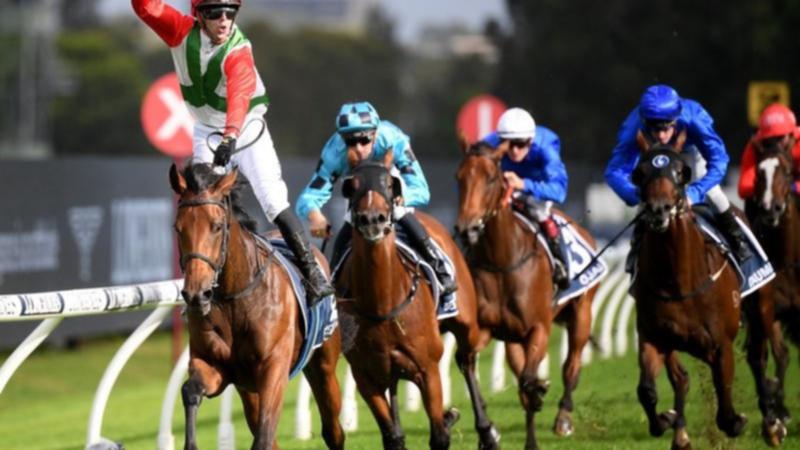 Comeback jockey Brenton Avdulla revealed he was resigned to Fireburn being a Golden Slipper also-ran before the filly upstaged Australia’s best two-year-olds to win the $5 million race.

In an extraordinary ending to the signature race of the Sydney autumn carnival, Fireburn recovered from interference in the middle stages that was so bad it was enough to convince Avdulla it had ended her chances at Rosehill.

“I don’t know how the hell I won to be honest,” Avdulla told the Seven Network.

In a roughly run Slipper decided on testing ground after overnight rain, Avdulla had a lot to with Fireburn giving trainer Gary Portelli his second win in the world’s richest race for two-year-old thoroughbreds.

Although circumstances dictated Fireburn was shunted towards the back of the field at the 600m, Avdulla did his best to allow the filly to regain her rhythm without ever thinking she was a winning chance.

But he was able to navigate an uninterrupted passage along the inside from the home turn, switching Fireburn around one runner before setting out after the leaders.

And in a matter of a few strides the race was over and Fireburn ($12) revelled in the heavy conditions for a 2-1/2 length win.

Best Of Bordeaux ($11) made a spirited bid for an all-the-way win to finish second with the favourite Coolangatta ($3.70) taking the minor placing after looking the winner at the 200m.

Avdulla, barely a month into a return to riding after a serious injury from a fall, said he was certain Fireburn had lost all chance.

“There was a massive shuffle up when we got out of the chute and we all but sold out and I thought out ‘well there’s our race over’.

“So I just tried to balance her up, try and get her sorted so she could earn a bit of prize money for connections.

“I just had to duck and weave a bit and when she came off Best Of Bordeaux’s heels it was race over.”

Portelli prepared She Will Reign to win the 2017 Golden Slipper in similar conditions but Saturday’s result had extra significance because he also trained Fireburn’s unheralded sire Rebel Dane.

Rebel Dane was retired to stud as a dual Group One winner but has been largely been overlooked as a serious commercial stallion and he stands for a modest $11,000 in an era of inflated service fees.

“We were able to race in Hong Kong with him, he won two Group Ones and he just raced at the top level for so long.”

Jockey James McDonald said Coolangatta, first-up into the race since her Magic Millions win in January, became bogged down when it counted.

“She tried her heart out … she let down but the ground got her,” McDonald said.