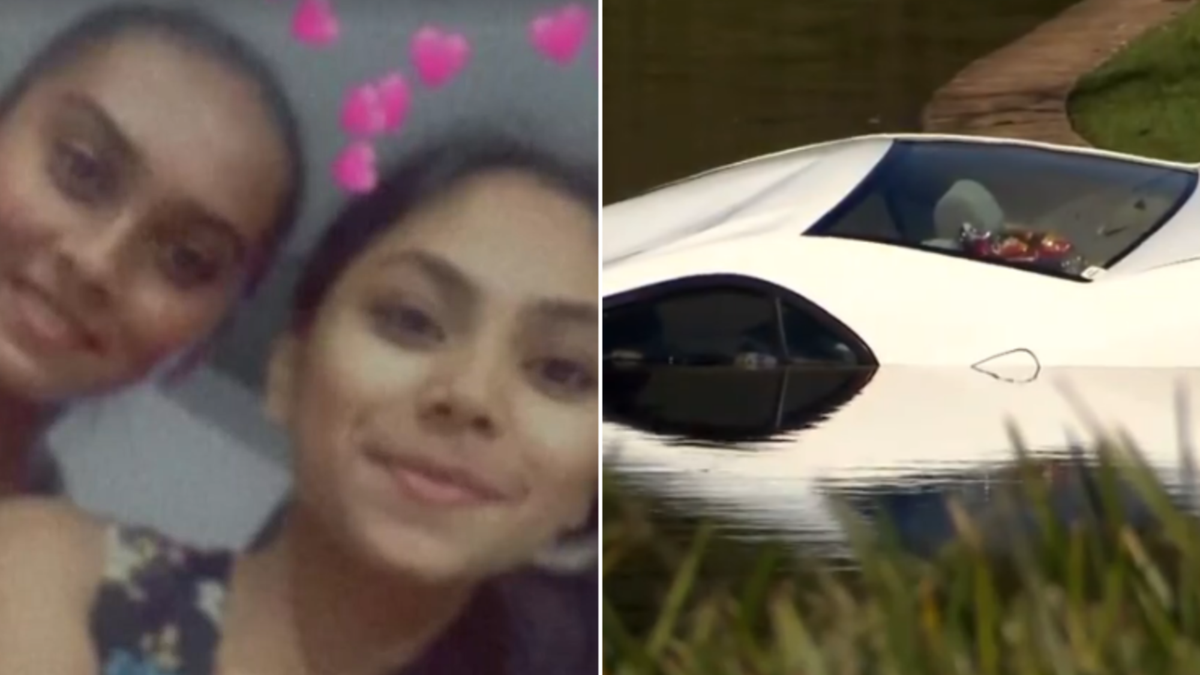 The harrowing final moments of two nursing students who drowned in a sinking car in Perth’s northern suburbs have been revealed.

Best friends Nidhi Lalji Hirani and Ruxmi Premji Vaghjihani, both aged 20, were on their way to work when their Toyota Corolla plunged into a lake off Gnangara Road in Aveley just after 6.40am on Sunday.

WATCH THE VIDEO ABOVE

Bystanders desperately tried to rescue the women but it was too late.

The pair had moved to Perth from Kenya in February and had both been staying with Vaghjihani’s aunt and uncle.

Her uncle, KP Halai, told 7NEWS he was woken by a panicked phone call from the women pleading for help as they couldn’t open the door or smash a window. The two-minute phone call ended in tragedy.

“She said, ‘uncle we’ve got an accident and our car is in the pond and we are drowning slowly’ and I’m like, ‘where exactly are you?’ and I told her to try to open the door or try to break the glass and she said we are trying but it’s not opening,” Halai told 7NEWS.

“As soon as I reached there I could hear them hitting the glass.”

WA Police Inspector Craig Collins said it was unclear what caused the women to veer off the road.

“We haven’t got anything other than we don’t believe there’s any other vehicle involved,” he said.

One witness, named Singh, said he was the first to notice the sinking car.

“When I stopped I could see that they had tried to smash the windows, but they could not get it open,” witness Singh told 7NEWS. As Singh was unable to swim, he flagged down other drivers to help the women.

One witness stopped and swam out to the car with a wrench and tried to smash the windows, but the water had risen and the car was submerged.

“I think it’s tragic that we could not pull this off and I never expected it would end up like this,” Singh said.

A vigil was held on Sunday night for the two friends, with the community vowing to help get their bodies back to their families.