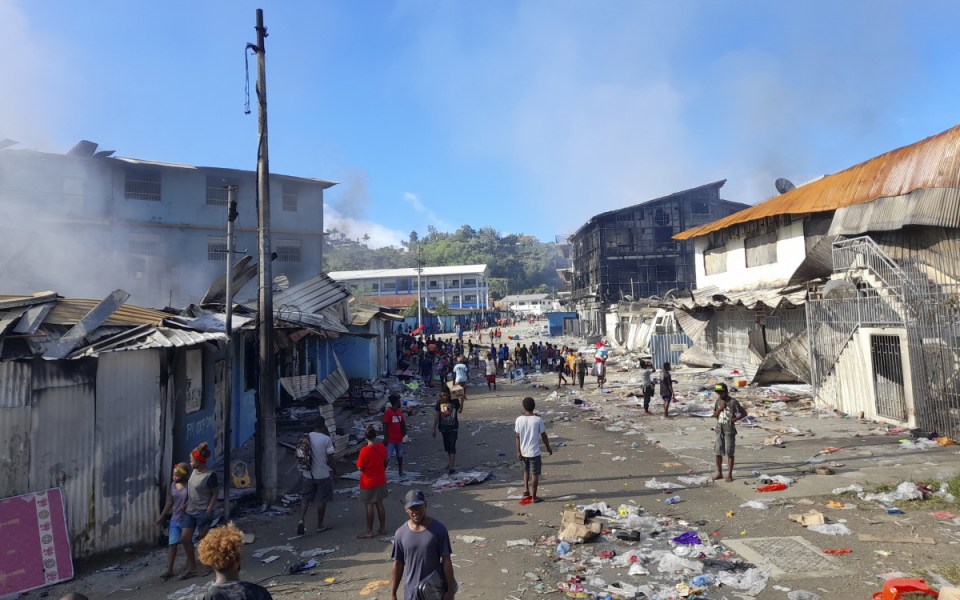 The deal has triggered geopolitical anxieties for Australia and the US, both wary of China’s expansionist footprint in the Pacific.

Mr Albanese says if given the opportunity to lead a government he would maintain Australia’s critical foreign aid to Pacific nations.

“We wouldn’t have cut funding to aid,” he told reporters in Sydney on Saturday.

“The other thing is creating stability in the region by acting on the most important issue for our Pacific neighbours, which is climate change,” the Opposition leader said.

His comments come after the Pacific nation defended signing a security deal with China, leaked on social media, allowing its ships to be based in the Pacific and to have a navy base.

The of Beijing cash

In a statement on Friday, the Solomon Islands said “broadening partnerships is needed to improve the quality of lives of our people and address soft and hard security threats facing the country.

It also flagged how the deal would translate positively on the ground with the inclusion of development funding.

“The proposed security arrangements have a development dimension to it, covering humanitarian needs of the country besides maintaining the rule of law”.

Australia will allocate $22 million in the upcoming budget for the Solomon Islands government to fund salaries for essential workers to help with the impacts of civil unrest and COVID.

A spokesperson for the US State Department said the draft security agreement and the police deal did not address the underlying issues that contributed to the unrest in November.

“We do not believe (People’s Republic of China) security forces and their methods need to be exported,” the spokesperson added.

“This would only fuel local, regional and international concerns over Beijing’s unilateral expansion of its internal security apparatus to the Pacific.”

Solomon Islands switched diplomatic ties from Taiwan to Beijing in 2019, which partly led to deadly riots in the capital Honiara in November last year.

Australia, which has historically provided security to the Solomons, led a policing mission after the riots, following a request from the country’s prime minister, Manasseh Sogavare.

Last month, Washington said it would open an embassy in Honiara amid fears China was seeking to strengthen military relations there.