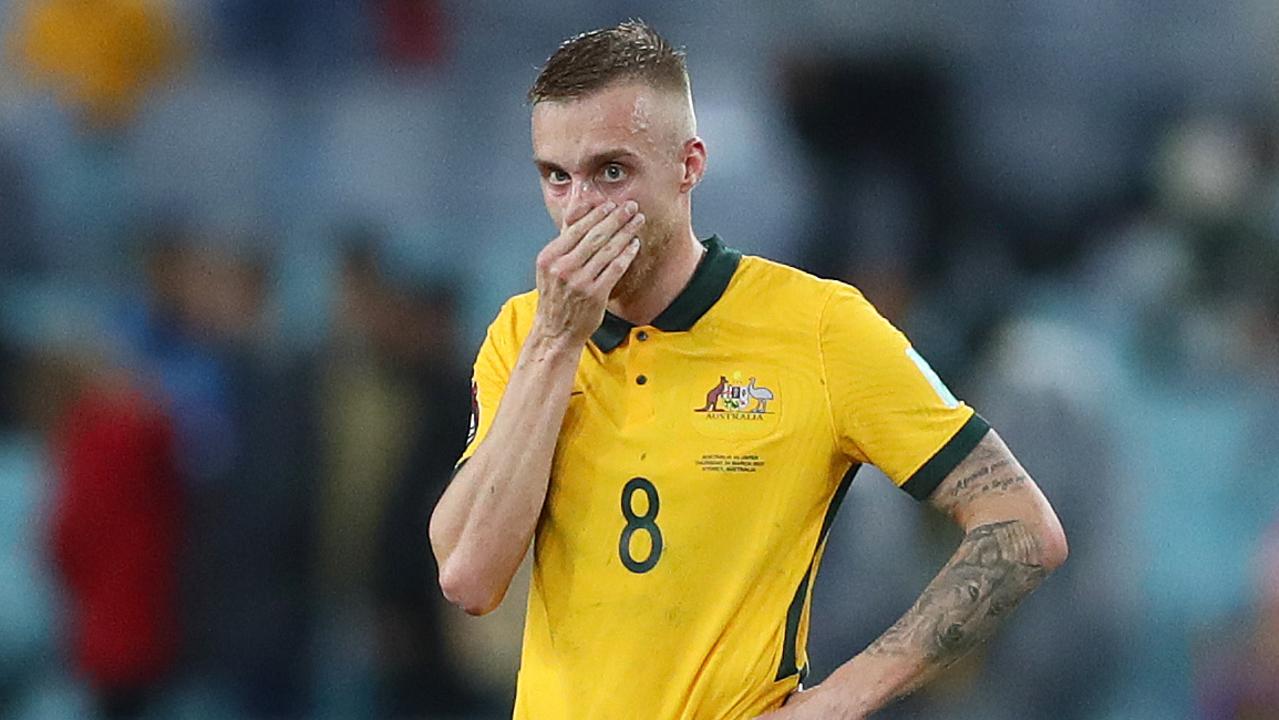 The Socceroos will have another tough group in the 2022 FIFA World Cup if Australia qualifies for the tournament.

If Australia qualifies for the 2022 FIFA World Cup in Qatar, it will once again face France and Denmark in the group stage.

As part of a lengthy ceremony in Doha on Saturday morning AEDT, the Socceroos placeholder was drawn in Group D alongside France, Denmark and Tunisia.

Four years ago in Russia, Australia has been grouped with France, Denmark and Peru.

Australia’s first match of the World Cup will be against the reigning champions France, if they qualify.

However, the Socceroos will first need to edge past the United Arab Emirates and Peru through the inter-confederation playoffs, to be held in June.

England will be chuffed with its draw, joining USA, Iran and one of Wales, Scotland or Ukraine in Group B.

Meanwhile, four-time champions Germany and 2010 winners Spain are set to collide in Qatar after being drawn to meet in the same group.

The European giants will also face Japan as well as the winners of an intercontinental playoff between Costa Rica and New Zealand in Group E.

The FIFA World Cup will take place from November 21 to December 18.

Group B: England, Iran, USA, Wales or Scotland or Ukraine