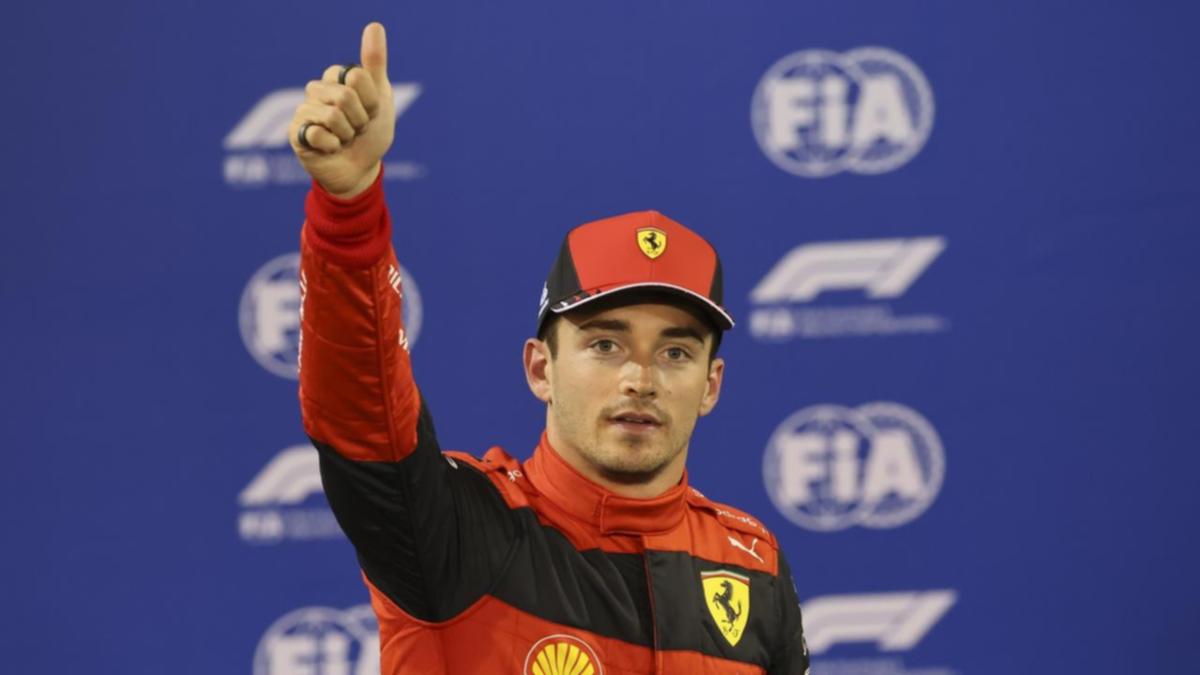 Charles Leclerc has heralded a return to form for Italian giants Ferrari by seizing a stunning pole position for the Bahrain Formula One Grand Prix.

The Monegasque lit up the timing screens with a lap of one minute 30.558 seconds to beat world champion Max Verstappen by 0.123 seconds on Saturday.

Spaniard Carlos Sainz missed out on handing Ferrari their first front-row lockout since the 2019 Mexican Grand Prix by just 0.006 seconds and had to settle for third.

Mercedes’ predictions of a difficult start to their quest for a record ninth straight title, dismissed as gamesmanship by rivals, came true.

Lewis Hamilton was more than half a second off Leclerc’s pace in fifth while George Russell, in his first race as a full-time Mercedes driver, was a disappointing ninth.”It feels good, the last two years have been incredibly difficult for the team and we knew this year’s rules would be an opportunity for us,” said Leclerc after taking his 10th career pole and second in Bahrain.

“I am very happy today in a tricky qualifying session; I wasn’t happy with my driving,” he added.

Ferrari have not won a race since the 2019 Singapore Grand Prix but have been hyped by rivals as early favourites in Formula One’s new era, featuring cars designed to radically new rules aimed at improving the racing spectacle.

Verstappen, who clinched his first title at last year’s finale in Abu Dhabi, had gone fastest in the final practice session earlier on Saturday.

He could not hit the sweet spot with the balance when it mattered, however, but is confident he has a strong car for Sunday’s race.

“It was a bit of hit and miss, Q2 seemed quite good, Q3 was a struggle with the balance and to get it together. But we have a good race car and it is a good start for tomorrow.”

It was a bad day for Daniel Ricciardo, though. The Australian McLaren driver was knocked out in the first phase of qualifying, off the pace after missing testing last week due to COVID-19.