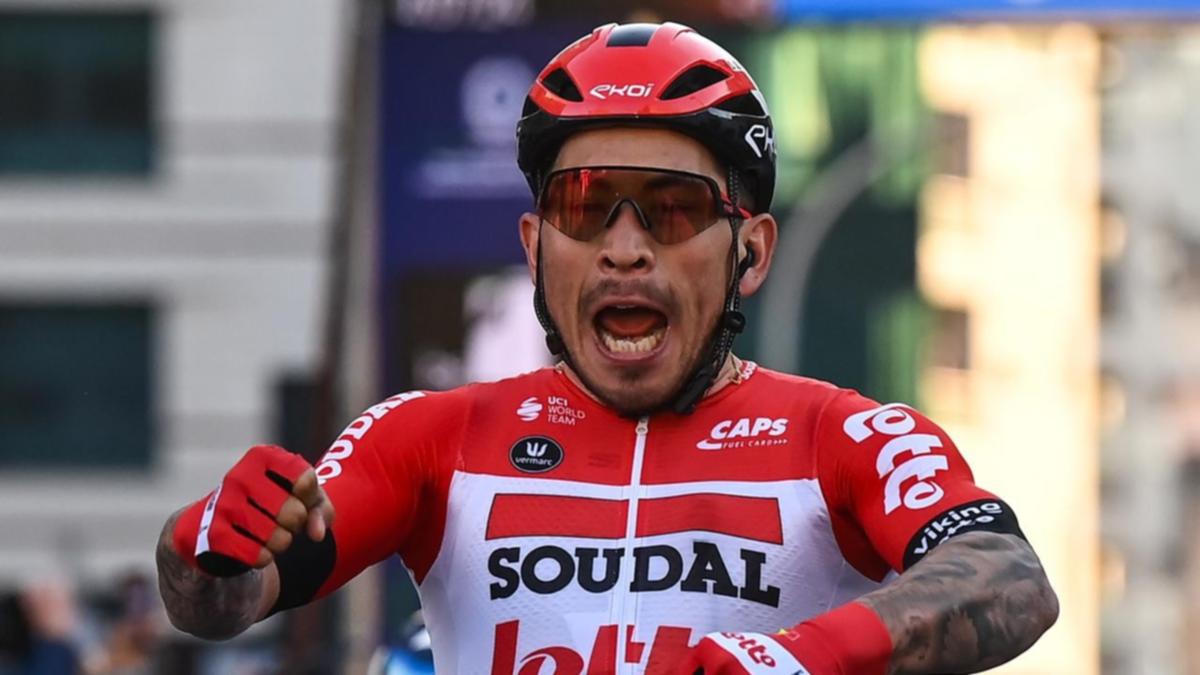 Compatriot Mark Renshaw, himself a former sprinter and lead-out specialist, is the safety director for the September 18-25 road worlds at Wollongong, not far from where Ewan grew up.

The men’s and women’s elite road race courses were confirmed on Thursday and the key feature of the 266.9km men’s course is the 17km finishing circuit at Wollongong, which the race will go over 12 times.

The finishing circuit includes the punchy 1.1km Mt Pleasant climb, which is certain to play a key role in how the men’s and women’s road races pan out.

“I can say from the bottom of my heart, it’s possible for a sprinter to win,” Renshaw said.

“I’d love to see Caleb win, but he’s going to have to bring his absolute A-game.

“It’s not going to be impossible, there’s time to come back from that climb (to the finish).

In January, Ewan said the worlds would be a key objective, but he also made it clear he is no fan of the course profile.

“If I was speaking to them and they were listening to me, then we wouldn’t be having the course that we have,” he said.

During Renshaw’s racing career, he became a vocal critic of the tough Buninyong circuit near Ballarat that is used each year for the Australian road championships.

Sprinters such as Renshaw and Robbie McEwen said it was too tough for them to have a realistic chance of winning the national title.

Spratt herself said the key will be having a strong team with several options.

“I’ve certainly had a good look at the course and a good ride of the course. I definitely see that’s one that suits me,” she said from Europe.

“But overall, as an Australian team, it’s a home world championships …. we’re going to have a really strong team.

“There are a few of us who can put our hand up.

“The course itself lends itself to not having maybe just one specific leader – you have to be open to different race situations. It’s going to be a really aggressive race.”