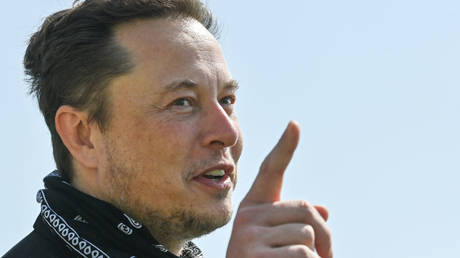 Billionaire will likely take over as platform’s CEO for a few months after completing takeover, CNBC says

The chief executive of Tesla and SpaceX, billionaire Elon Musk, reportedly plans to run Twitter for a few months after completing his $44 billion acquisition of the social media giant.

Musk will likely take the helm at Twitter temporarily, replacing CEO Parag Agrawal, CNBC reported on Thursday, without identifying its sources. Twitter’s stock rose on the news, rising 2.6% to $50.36, even as the broader market cratered with its biggest declines in two years.

The report might answer questions about the future of Twitter’s leadership under new ownership. Musk has vowed to restore freedom of speech to the platform and has indicated a lack of confidence in the company’s board of directors, saying none will have a paycheck from Twitter if his takeover goes through.

Agrawal was promoted to CEO at Twitter less than six months ago, replacing co-founder Jack Dorsey. Reuters reported last month that Musk had lined up a new chief executive to run the company, although that person wasn’t identified. Agrawal told employees last month that Twitter’s future policies and plans are uncertain under new ownership.

The takeover raised concerns among Twitter employees, media outlets and President Joe Biden’s administration that Musk will ease censorship of speech on the social media platform. Some Twitter staffers were distraught about the deal, suggesting that the buyer is a “racist demagogue” who will take the company in the “wrong direction.”

Musk, who ranks as the world’s richest person with a fortune estimated at $246 billion, told reporters on Thursday that he’s not worried about employees leaving the company because of the takeover. “It’s a free country,” he said, adding that anyone who doesn’t feel comfortable can leave of their own accord.

Investment adviser Gary Black suggested last month that Musk could add billions of dollars in value to Twitter by paring the company’s workforce. Cutting staffing by 10% would provide enough savings to underpin $10 billion in financing for the buyout, he said.

A public filing on Thursday showed that Musk had lined up more than $7 billion in equity commitments from friends and other investors who want to participate in the acquisition. Oracle co-founder Larry Ellison pledged $1 billion. CNBC said even Dorsey may get involved in the deal.