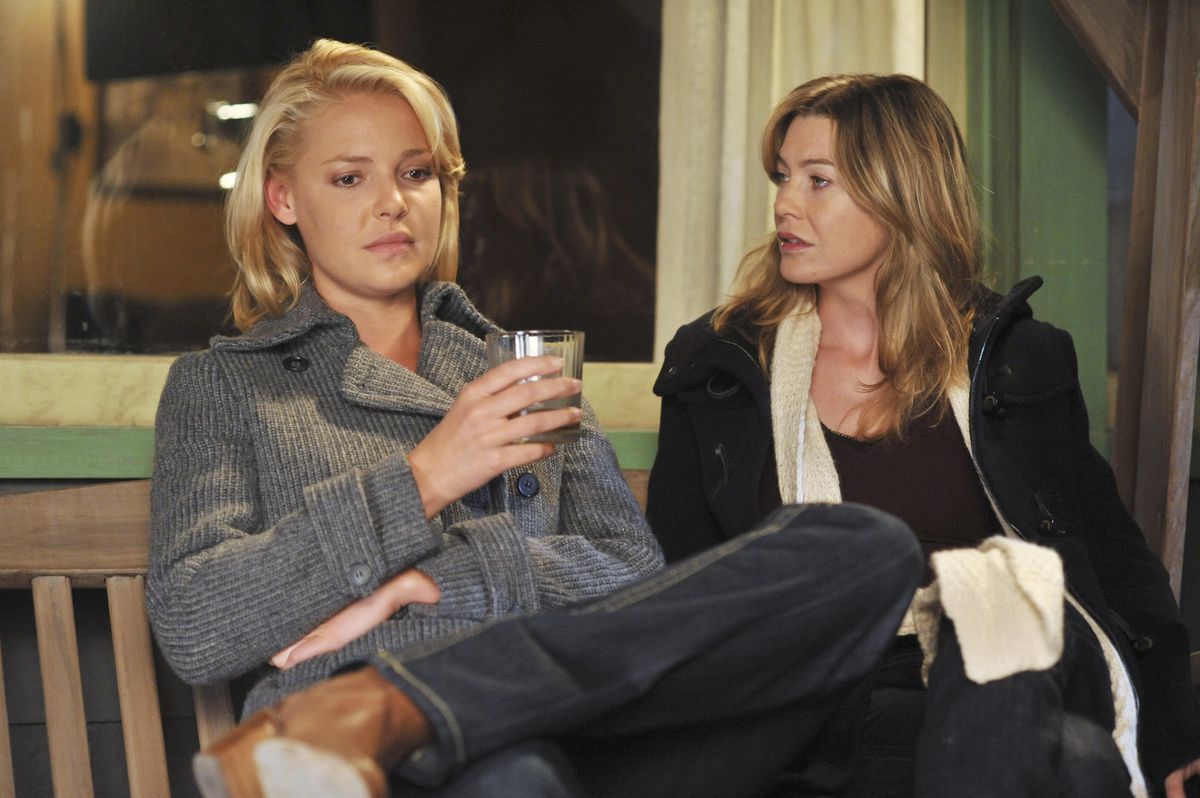 For five years, between 2005 and 2010, Katherine Heigl was the golden child of Hollywood. The American actress, then 27 years old (she is now 41), put on Dr. Izzie Stevens’s gown in Grey’s Anatomy and went from being almost a complete unknown to one of the most famous and beloved faces of the small screen. Her mix of strength and sweetness, together with the TV show’s non-stop dramas, even won her an Emmy Award. However, after five years of being the public’s darling, the actress, exhausted and fed up with the working conditions of the series, decided to leave the show. Although there have been countless calls for her return over the past decade, Shonda Rhimes, the all-powerful creator of Grey’s Anatomy, has not allowed the star – who complained about her methods – to step foot in the corridors of the famous fictional hospital again.

But it wasn’t only Grey’s Anatomy that Heigl complained about; she also criticized the films she starred in, even calling Knocked Up “a little bit sexist” in a 2008 Vanity Fair interview. These comments affected how she was seen in the industry. Rather than being praised for speaking out against abusive practices, she was described as a “difficult” star, who was not worth the trouble. After a handful of successful romantic comedies, she fell into oblivion. But now the negative portrayal of Heigl is starting to be questioned, and by none other than Ellen Pompeo, her co-star in Grey’s Anatomy, who has been playing Meredith Gray for more than 400 episodes.

Last September, Pompeo launched a podcast called Tell Me with Ellen Pompeo. In each episode, which lasts between 40 minutes and one hour, she chats with friends, colleagues and stars from the entertainment industry, such as Patrick Dempsey (who played her husband, Dr. Derek Sheperd, in Grey’s Anatomy), model Cindy Crawford, basketball star Dwyane Wade and philanthropist Melinda French Gates.

In the most recent podcast episode, released on April 20, Pompeo talks with actress Kate Walsh, who played Allison Sheperd on Grey’s Anatomy, and it is in this episode that she praises Heigl for being brave enough to speak out about the working conditions on the show.

“I remember [Katherine] Heigl said something on a talk show about the insane hours we were working. She was 100 percent right,” said Ellen, in reference to Heigl’s appearance on the David Letterman Show in 2009 where she said the Grey’s Anatomy team worked a “17-hour day,” something she considered “cruel and mean.”

“Had she said that today, she’d be a complete hero,” said Pompeo. “But she [was] ahead of her time. She made a statement about our crazy hours, and of course, let’s slam a woman and call her ungrateful. When the truth is, she’s 100 percent honest and it’s absolutely correct what she said, and she was fucking ballsy for saying it, and she was telling the truth, she wasn’t lying.”

For years, Heigl – who also starred in romantic comedies such as 27 Dresses, The Ugly Truth or Like as We Know It – was pushed out of the industry, as she was considered too difficult to work with, while advertisers and her co-stars described her as capricious and controlling. In an interview with The Washington Post, she that this ¡impacted her mental health, leading to anxiety and suicidal thoughts. And in 2016, she told radio host Howard Stern that she said that she needed therapy to cope with the criticism: “I was not handling it well. I was feeling completely like the biggest piece of shit on the bottom of your shoe.”