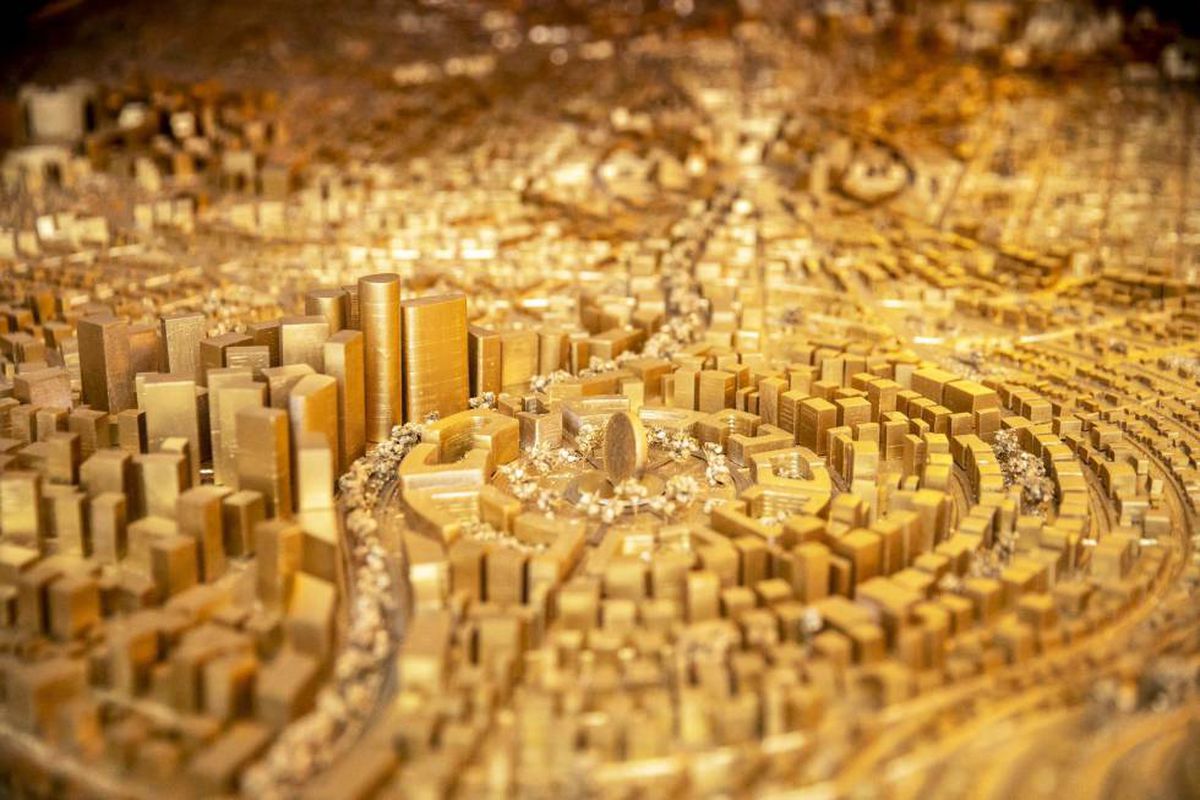 The president of El Salvador, Nayib Bukele, presented on Tuesday the first images of Bitcoin City, which will be constructed near the Conchagua volcano on the Gulf of Fonseca in the south-east of the Central American country.

The project, which was announced in November 2021, seeks to create a smart city fully based on the use of bitcoin as a cryptocurrency. Bukele shared on Twitter illustrations and scale models of the metropolis, but he did not clarify when construction will begin.

Last year, Bukele announced that El Salvador would become the first country in the world to accept bitcoin as legal tender, alongside the US dollar. El Salvador was going to fund the project with $1 billion in bonds. These public debt securities would be secured with bitcoin instead of a fiat currency. These so-called volcano bonds were meant to be issued in March, but the date has been pushed back to September.

While Bitcoin City appears golden in the images shared on Twitter, Bukele said in real life it will be full of green areas. He added that it will also be home to monuments, a lookout point over the volcano, commercial and residential areas and an airport. When announcing the project last year, the president explained that Bitcoin City would be free from most taxes.

“We will have no income tax, forever. No income tax, zero property tax, no procurement tax, zero city tax, and zero CO2 emissions,” he said in a statement in November. “The only taxes that they will have in Bitcoin City is VAT, half will be used to pay the municipality’s bonds and the rest for the public infrastructure and maintenance of the city.”

Bukele also announced on Tuesday that his government had bought 500 bitcoins, its largest purchase of the cryptocurrency to date. The news comes as bitcoin plummets more than 50% from its all-time highs. For the first time since July 31, the price of bitcoin has fallen below $31,000. In his message on Twitter, Bukele said the government had purchased its latest bitcoins at an average price of $30,744.

Bloomberg agency estimates that El Salvador has bought 2,301 bitcoins since it became its legal tender in September 2021. These tokens currently have a total value of $74 million, well below the $103 million Bukele paid for them.

What’s more, the Caribbean country is not in a position to take on such expenses. The cost of El Salvador’s sovereign debt collapsed in April, plunging by 15.1% to historic lows – a fall only superseded by Ukraine since the outbreak of the Russian invasion. Government bonds are trading at 40% of their original value, as investors start to doubt whether the country can meet its next debt payment in January 2023.

While the president of El Salvador’s central bank said there is “zero risk” of the country defaulting on its creditors, credit rating agencies have a more negative outlook.

El Salvador’s transition to a blockchain and cryptocurrency-based economy appears to have failed. A study by the National Bureau of Economic Research in 2021 found that of the Salvadorans who downloaded an app called Chivo Wallet – which the government designed to facilitate daily cryptocurrency transactions – only 20% continued to use it after spending the $30 the authorities gave away to promote its use.

Given the volatility of bitcoin and its low adoption among the general population, the International Monetary Fund (IMF) has urged El Salvador to remove bitcoin as legal currency. Bukele’s insistence on keeping it as legal tender complicated his negotiations with the IMF, which said it must assess the risk of the cryptocurrency before granting El Salvador a loan.