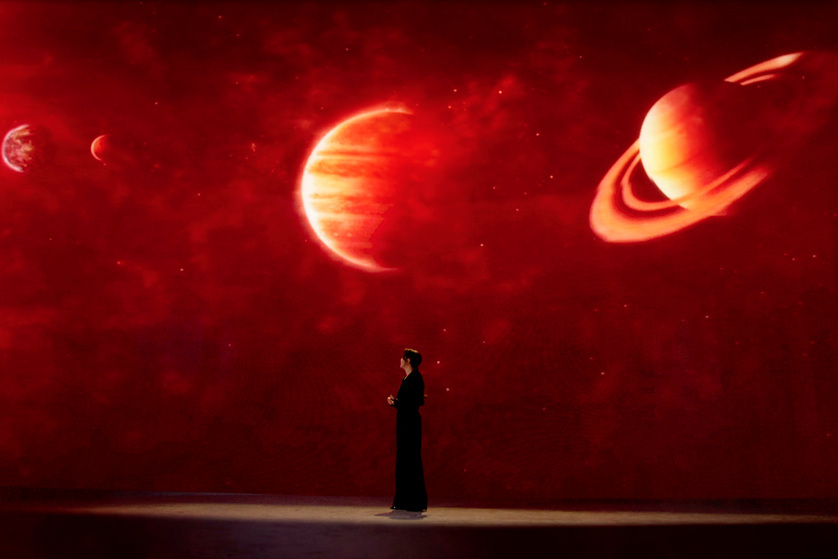 “There has been a few music programs partly applying XR technology, but ‘The Home’ and ‘The Dreamer’ are the first television shows completely based on XR,” an EBS official told The Korea Herald on Monday.

The XR space documentary “The Home” seeks to deliver a space travel experience through the small screen, entertaining viewers with various space-related topics, including the Big Bang, gravity, the sun and more.

Actor E Ji-ah, who played Shim Su-ryeon in the hit SBS drama series “The Penthouse: War in Life,” is the presenter of the documentary.

In early December, EBS will debut another XR program, “The Dreamer.”

The sci-fi talk show deals with possible crimes in a technologically advanced future of 2049, including mind uploading, artificial intelligence and space colonization.

According to EBS, the XR technologies are applied to create the futuristic stages, allowing viewers to further empathize with the stories.

With actor Ha Seok-jin as the show’s host and neuroscientist Chang Dong-seon and profiler-turned-actor Kim Yoon-hee appearing as panelists, the upcoming Thursday night program discusses illegal activities that might take place in 2049 and possible solutions.

“The Dreamer” will also be available on EBS’ official YouTube Channel MOMOe.